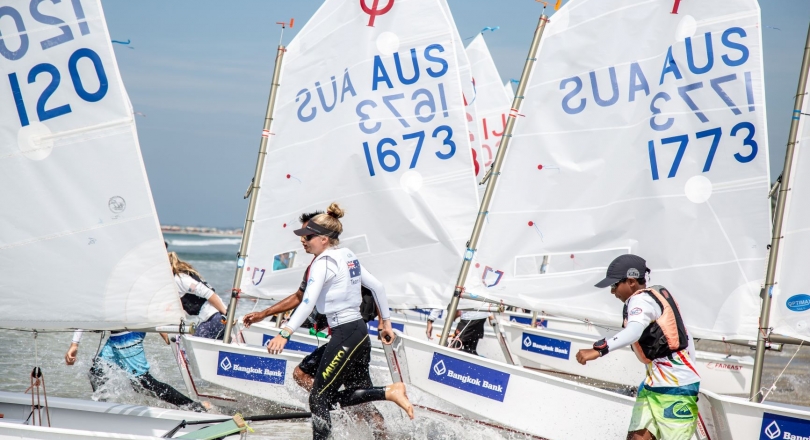 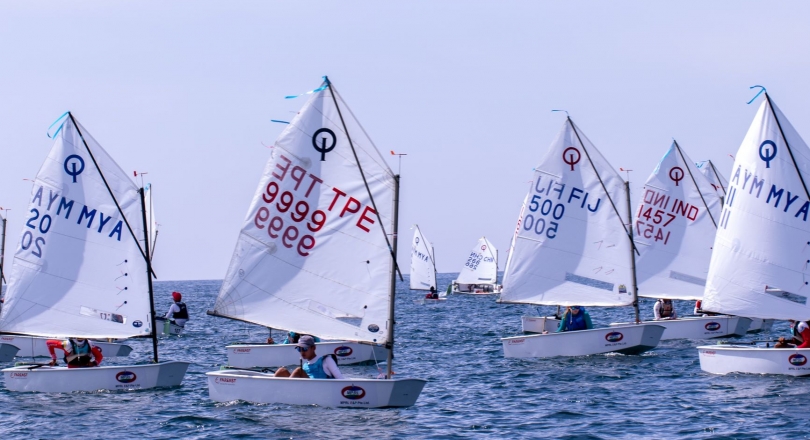 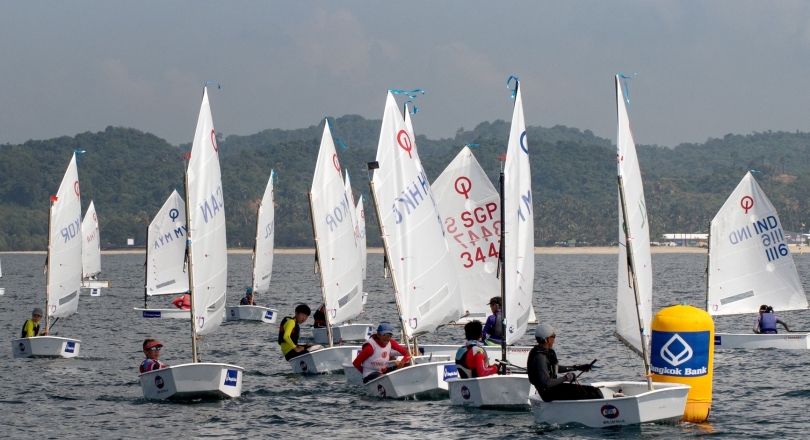 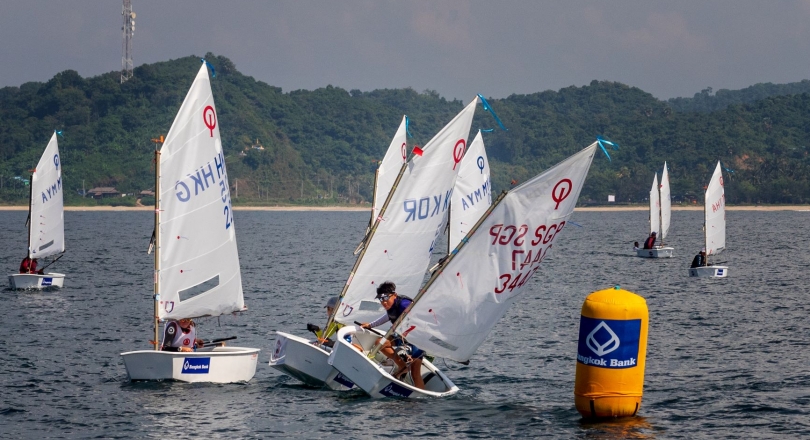 Today the skies cleared and the wind arrived at the 2018 Optimist Asian & Oceanian Championship hosted by the Ngwe Saung Yacht Club & Resort in Myanmar.    Although it took a few hours for the sea breeze to build this morning, it was a warmly welcomed by all the sailors after two very light days with only one race completed so far in the championship.

Eager to get out to the race course, it is quite a spectacle to experience the launching of the boats off the beach.  The beach master and his team of 20 to 30 people have developed a tightly orchestrated procedure to launch the boats into the water.  The fleets are lined up and on the sound of a whistle, the sailors run full speed into the surf and are greeted by the beach volunteers who guide them through the breaking waves.

Although the beach launching is a competition unto itself, the sailors were excited to be heading out to the race course for some racing.  In total, three races were completed today in wind conditions ranging from 5 to 10 knots from the NW.

After 4 races in the Qualifying Series completed in the Yellow and Blue Fleets there are three countries dominating the top 10 places overall – Thailand has five in the top 10, China has three and Singapore has two.

The team from Thailand is a powerhouse taking the top three spots overall after 4 races.   Jedtavee Yongyuernnam has won three out of four races in the Yellow Fleet and is standing in first overall and is 6 points ahead of fellow Yellow Fleet competitor and bronze medalist at the 2018 Optimist World Championship, Panwa Boonnak, who is in second place overall.  Hot on his heels is Patihan Vorrasart the top sailor in the Blue Fleet lying third overall.

Only two points back from third place is another Yellow Fleet sailor Zheng Hongyu of China lying in 4th place overall.  He is followed by top girl overall Faith Hailey Toh of Singapore from the Blue Fleet in 5th place.

The fourth and fifth place sailors from Thailand in the top ten are two girls Chalisa Krittanai in 7th place overall and Thorfun Boonnak in 10th.

Tomorrow the teams will shift gears to Team Racing which is a highlight for many of the teams at the event. It is the only time that sailors get a real chance so sail together as a team.  The team to watch is Thailand who are the 2018 Optimist Team Racing World Champions.  Fleet racing will hopefully continue after team racing tomorrow and on the final day of competition.

TRASH HERO DAY was postponed to tomorrow.  Sailors, team leaders, coaches and volunteers will take some time out to clean up the beach before heading out racing.

For results go to:    http://2018asianoceanians.optiworld.org/en/default/races/race-resultsall