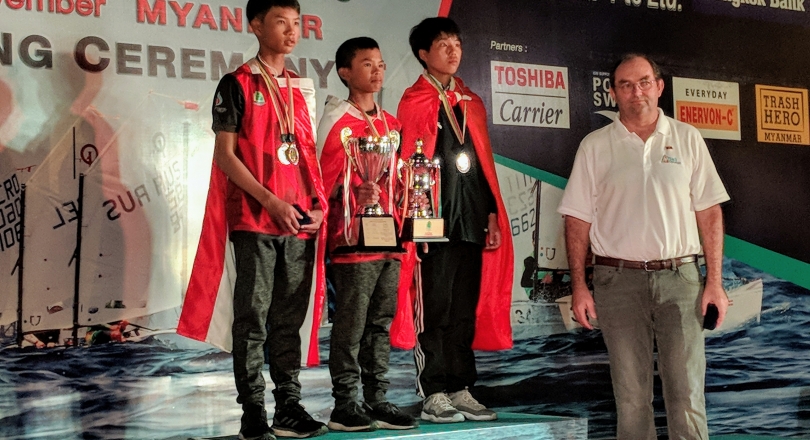 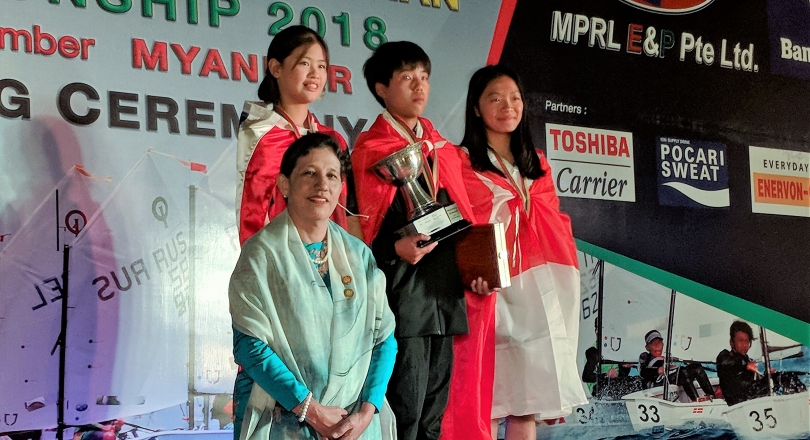 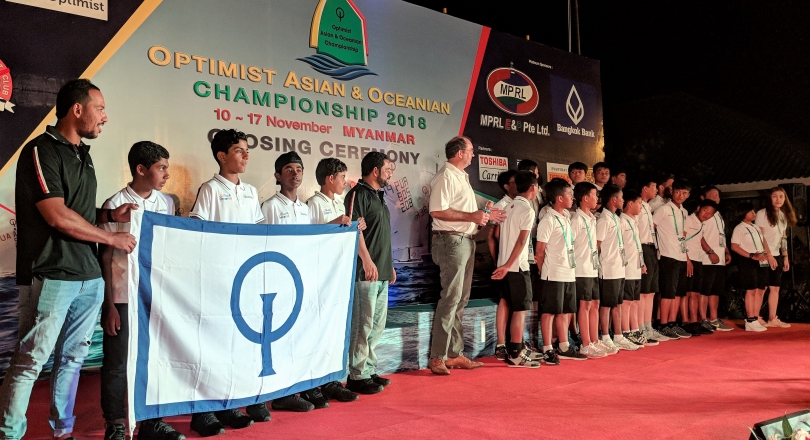 It was a spectacular conclusion today of the 2018 Optimist Asian & Oceanian Championship at the Ngwe Saung Yacht Club & Resort in Myanmar.

Panwa Boonak of Thailand, the bronze medalist at the 2018 Optimist World Championship, won all three races in the final series to pull ahead of his team mate Jedtavee Yongyuennarn who was leading the championship after the qualifying series.  He was black flagged in the first race of the finals and was second, and third behind Boonak to knock him back to second place overall.

Two sailors from China were able to breakthrough the Thailand stronghold of the top fours places after the Qualifying Series. Gang Siri, finished the series with two 2nds and a 3rd to jump into third place overall and top girl at the championship.  She was followed by her teammate Zheng Hongyu in fourth and Patihan Vorrasart, of Thailand in 5th.  Second and third girl at the championship were Chalisa Krittanai of Thailand in 6th place overall and Faith Hailey Toh of Singapore in 9th.

Although the championship started slowly with only one race in the first two days, the race committee did an excellent job of completing the remaining 8 races plus the team racing championship in three days. The thermal wind conditions finally settled in for the last three days enabling the racing of the championship to be completed.

The 129 sailors from 16 nations concluded the championship at a spectacular closing ceremonies that included cultural entertainment and fireworks.

Kevin Whitcraft, IODA President officially closed the championship followed by the flag ceremony which sees the current host team from Myanmar pass the flag to next year’s host nation, Oman.

Many thanks to the Ngwe Saung Yacht Club & Resort and the Myanmar Sailing Federation for hosting such a successful event.  The venue was spectacular and the organization second to none!

For results, go to:   http://2018asianoceanians.optiworld.org/en/default/races/race-resultsall

For Videos, go to: http://2018asianoceanians.optiworld.org/en/default/races/race-video

For the microsite, go to: http://2018asianoceanians.optiworld.org/en/default/races/race