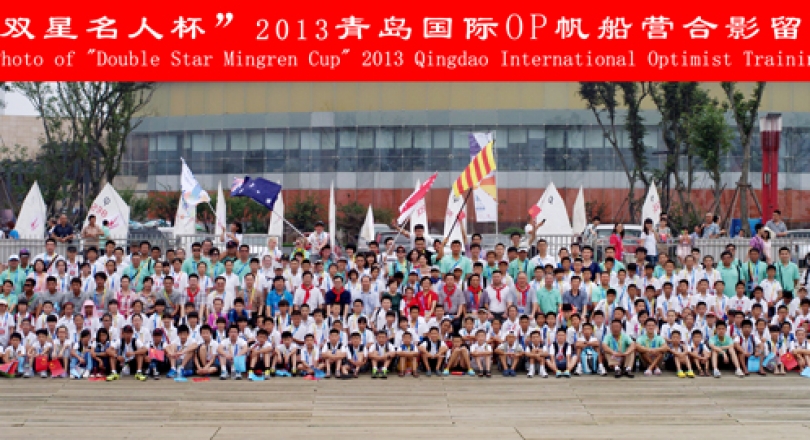 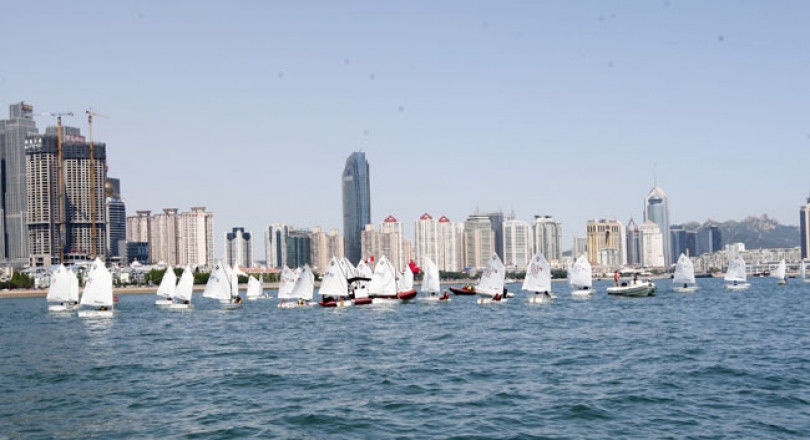 In 2006, the Qingdao Municipal Government issued a five-year plan which was to take full advantage of the Olympic legacy to promote sailing among students in schools. 7 years later, more than 25,000 youth sailors passed through the programme, 600 P.E teachers also received training and 1,080 sailing boats and 140 sailing training simulators, sponsored by the city, were allocated to sailing schools and clubs. By 2010, Qingdao had established 138 schools where sailing was part of the curriculum.

In 2013, Peter Barclay visited Qingdao to experience this event for himself. " It has been a very interesting and pleasant experience for me to attend the 2013 Qingdao International Optimist Training Camp and Regatta event that the Chinese city of Qingdao has been organizing now for 5 years. It was impressive to see how this city is committed to promote and develop the sport of sailing among its citizens, especially for boys and girls, using of course the Optimist boat as their mean for that. As part of their permanent promotional activities, which includes the introduction to sailing in all main schools in the city, they organize this yearly international training camp and regatta. There were teams invited from many countries, mainly from Asia but also from other parts of the World, and there were of course teams from Qingdao and from many other coastal cities in China. 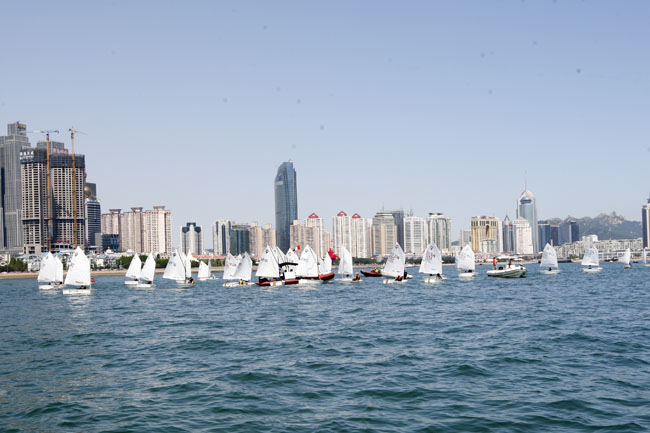 Everything was organized with great care; the teams were accommodated together in schools; the opening ceremony was huge and important, with several authorities and hundreds of guests from the city and from abroad. The young sailors felt really proud of being there, as if it were a World Championship. And it was not solely about training and racing: during the week they had the chance to dialog with an Olympic gold medalist (and touch the medal of course), and also to listen to the experiences of an around the world solo sailor; very inspiring activities.

People in Qingdao are very kind and hospitable. They feel happy receiving these foreign teams to interact, train and race with their local sailors, and of course promote friendship among them and share their cultures, which may be very different from each other in many ways, but becomes universal when it comes to sailing the Optimist.

I am sure this was a great experience for the sailors that were lucky to be there and I trust that next year young sailors from more countries will have the opportunity to go Qingdao."