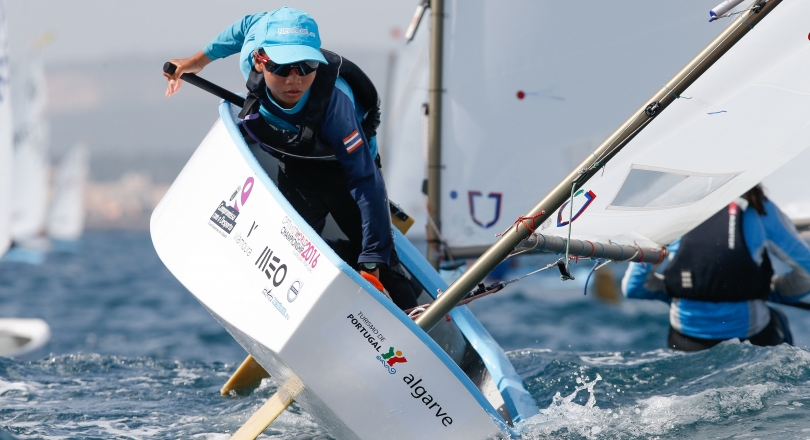 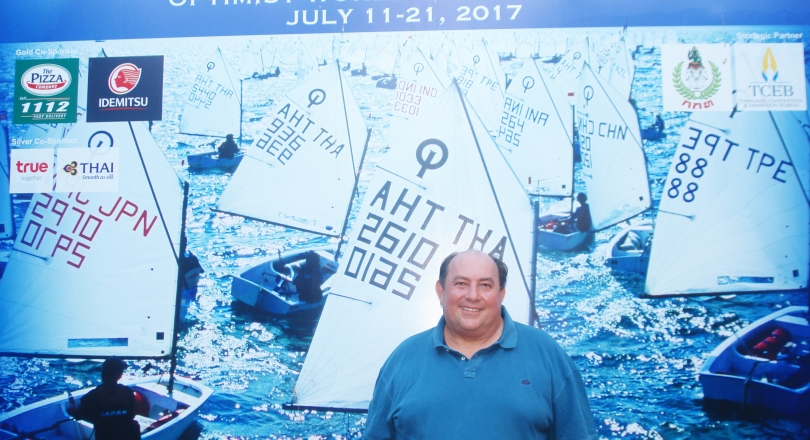 Bangkok, 19 June, 2017 – Thailand has been selected to host the Optimist World Championship 2017, and the event has now confirmed the participation of a total of 62 sailing nations with 280 sailors, a record-breaking landmark for this world stage event.  Each country will send their most skilled Optimist sailors to race as national representatives to compete in the waters off Pattaya Beach. The event will take place from 11-21 July, 2017 at the Royal Varuna Yacht Club (RVYC) in Pattaya.

Thomas Whitcraft, President of the Optimist World Championship 2017, said, “We would like to thank all of our strategic partners and sponsors to make the Optimist World Championship 2017 such a massive draw for competitors. This is a record-breaker in terms of the number of sailors competing here and the number of countries represented. This year is notable also for the number of Asian countries taking place after several years of absence. They include China, Macau, Taiwan (officially called Chinese Taipei), Myanmar, Indonesia, India and the UAE. Several teams will also travel from the South American continent, including Argentina, Brazil, Peru, Ecuador, Uruguay and Chile”

The Championship will be held at the Royal Varuna Yacht Club, located just outside the city of Pattaya in the residential area of Pratamnak Hill. The racing area is located immediately offshore from the Yacht Club in the Gulf of Thailand, between the mainland and Koh Larn. With large facilities, strong infrastructure and fantastic sailing conditions, the RVYC will welcome all sailors with warm Thai hospitality. Racers, support teams and spectators can expect sunshine, warm water and good sailing breezes during the event.

The Optimist Dinghy has proven to be the ideal boat for introducing young children to the sport of sailing. The objective of the class is to provide an affordable racing boat for young people. Optimist

Dinghy sailors typically start at the age of 7 or 8 and continue to 15 years of age. More than 85% of all sailors who participated in the Rio Olympics sailed in Optimist dinghies when they were young.

About The International Optimist World Championship

The International Optimist Dinghy was first designed in 1947 by Clark Mills in Clearwater Florida. It was made out of 8 ft marine plywood and was called the Optimist Pram, as it was a project with the local Optimist Club to get young children sailing.

The Optimist Dinghy later evolved in Denmark where it transformed into the International Optimist Dinghy that it is today. Although the first boats were made of wood, fibreglass boats started to be built in the 1970’s which has become the norm ever since. Established in 1965, the International Optimist Dinghy Association (IODA) is the governing body for all national members with responsibility to maintain technical regulations and development. Today there are 118 IODA member countries and over 165,000 boats registered making the Optimist the largest youth sailing class in the world.

IODA is a not for profit organization registered in Aalborg, Denmark operating out of Toronto, Canada. It is the governing body of national associations in charge of the regulation and development of Optimist sailing in over 118 countries around the world.

Under Royal Patronage, the Royal Varuna Yacht Club was founded by HSH Bhisadej Rajani and Mr.Walter J.Meyer in 1957 and other members. His Majesty the Late King Bhumibhol Adulyadej and Princess Ubolratana, both keen sailors, regularly sailed at Royal Varuna Yacht Club. Unprecedented, they both achieved first place and won Gold Medals at the 1967 South-East Asia Peninsular Games.

The Royal Varuna Yacht Club (RVYC) founded in 1957 is the premier sailing club and center of dinghy sailing in Thailand, located in a secluded cove between Pattaya and Jomtien.  It is a Not-For-Profit Association with a constitutional mandate to Promote Sailing in Thailand. With close to 500 members, it is a family oriented club for sailors of all abilities, from the uninitiated to serious racers. The club offers a year-round sailing program with cruising and racing. The club offers sailing tuition for adults in its extensive sailing program under RYA accreditation from the UK.