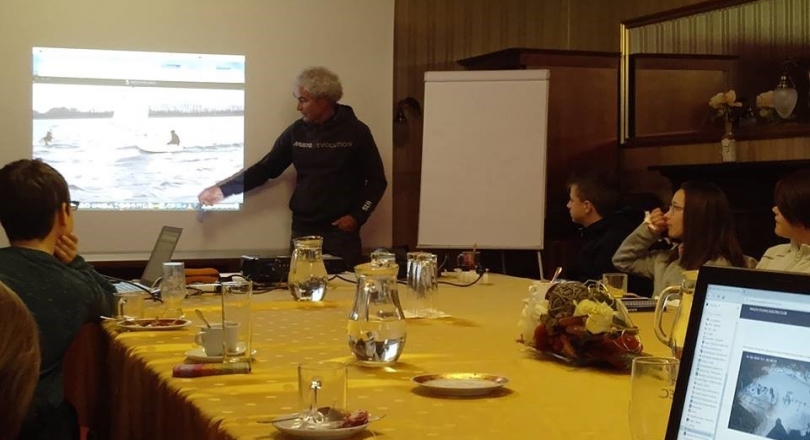 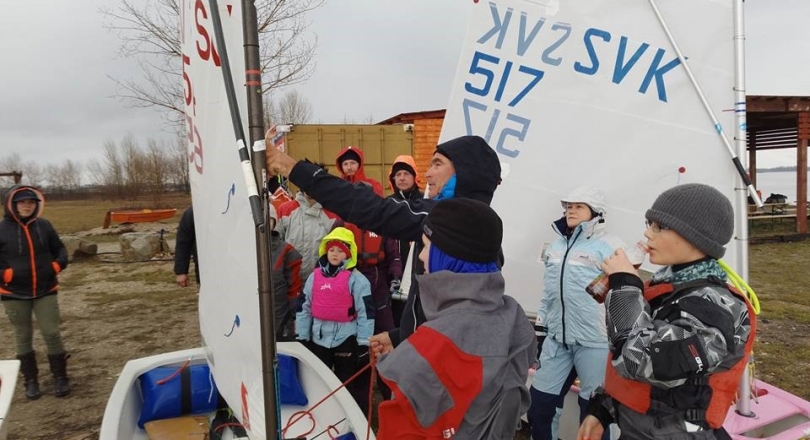 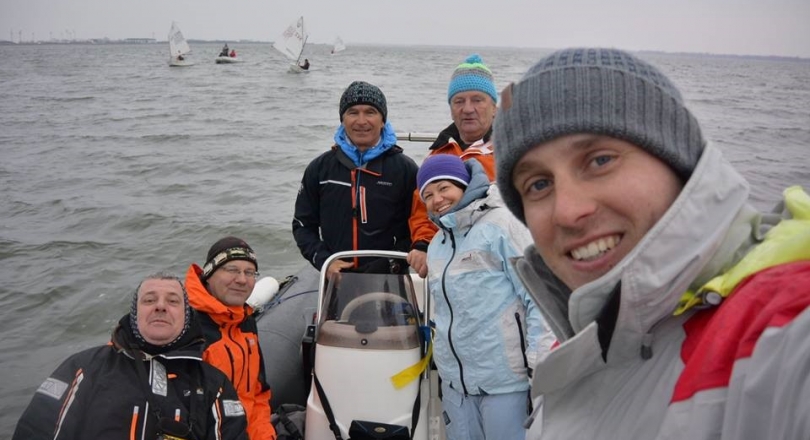 9 coaches and 5+2 sailors from Slovakia participated in this clinic.  It was led by Zdislaw “Zizi” Staniul, coach of 16 Optimist Medal winners at  European/World Championships. He is also a 470 Olympic sailor and 470 Olympic Coach.

On Thursday, the first day of the clinic, coaches met with Zdislaw “Zizi“ Staniul, who arrived from warm and sunny Mallorca to cold Slovakia. Usually, at this time of year, there is warm spring weather in Slovakia, but five days prior to the clinic there were still minus 10-degree temperatures in most parts of the country.

After the introduction and presenting the plan and schedule of the clinic, coaches and sailors went on the water. They focused on tacking and gybing techniques and the correct position of sitting in the boat. After the on-water session, they reviewed training videos that were filmed during the day. They discussed what needs to be improved and how to do it.

On Friday, the second day of the clinic, they started with theory and they talked about various exercises, which can be performed on the water to help sailors improve their performance and technique.   Afterwards they went on the water and two coaches were selected to present their exercises that they had prepared. In the evening session, they reviewed training videos again and did video analysis. They focused on technique and the position of the sailor in the boat.

On Saturday, two more sailors joined the group. It was rainy weather so they had a theory session in the morning and then went on the water in the afternoon. Two more coaches led the training sessions with exercises they had prepared.

On Sunday, the last day of the clinic, it was very cold (2 degrees), so Zizi and the coaches had only theory sessions on-shore, where they summarized all the information and findings they obtained during the past three days.

Many thanks to Zdislaw “Zizi“ Staniul  for sharing his coaching expertise and knowledge with these coaches. They were all delighted and very enthusiastic for the coming season and will use in practice all the information they gathered during this clinic.

IODA would like to thank Zuzana Brestovska, the President of Slovak Optimist Asssociation for coordinating the whole clinic on our behalf.  Also special thanks to the Slovak Sailing Union for organizing the transport and accommodation.  And finally, many thanks to the VDG Yacht Club Dynamo for the use of their facilities.