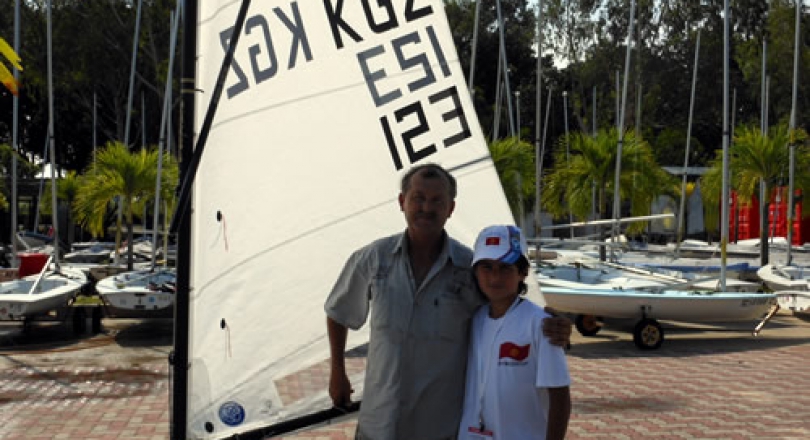 The final 3 races today were close. Matthew Scott, who had been leading going into today, could not match the speed or consistency of Kimberly Lim but he still managed second place with Elisa Yokoyama in third. All three podium places went to Singapore.

» » For a more detailed report, results and tracking, follow this event through the MINISITE

After the lay day yesterday, the sailors had 3 races today in what were probably the best sailing conditions of the championship so far. There are 3 races tomorrow and with the second discard the podium places are still undecided.

Thailand reached the final undefeated and raced against Singapore 1 in a three match final to decide the champions for 2011. Thailand won the first match but Singapore wouldn't let them win the Championship so easily and took victory in the second race. In the end, and after a match full of adrenaline, Thailand won the race and became the Asian Team Race Champions.

The first day of races saw a strong Singapore team take 9 of the top-ten places in the ranking. Leading them all is Elisa Yokohama, who won three races today.

The 21st edition of the Asian Championship is underway. With 118 sailors from 20 nations, this edition is one of the most attended: India, Japan, Hong Kong and New Zealand have come with 10 sailors each, and Singapore have registered 20, taking advantage of the right organisers have to enter twice the number of sailors. Among other countries, it is worth mentioning the entry of Kyrgyzstan (new IODA members this year) and Myanmar with two sailors each, Sri Lanka with four and Iran with one. 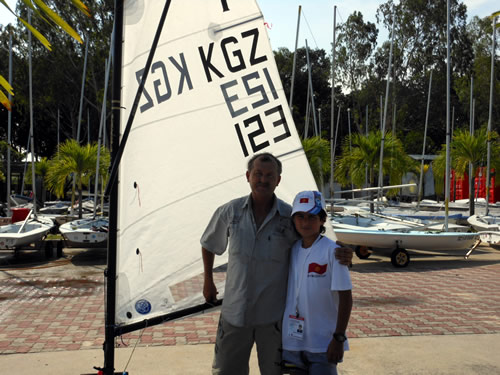 The opening ceremony was held yesterday evening and was attended by the President of the Singapore Sailing Federation, Mr Benedict Tan, who welcomed the sailors and officials and was proud to mention that the first edition of the Asians had taken place in Singapore.

The sailors are eager to test their skills against their fellow competitors today when the first three races of the championship are sailed.

The IODA is offering tracking of the races of this event which can be viewed on either your computer or mobile phone. The links to the viewers are on the tracking page.

For more information about the championship please visit the MiniSite. We are posting daily reports, results and photos.