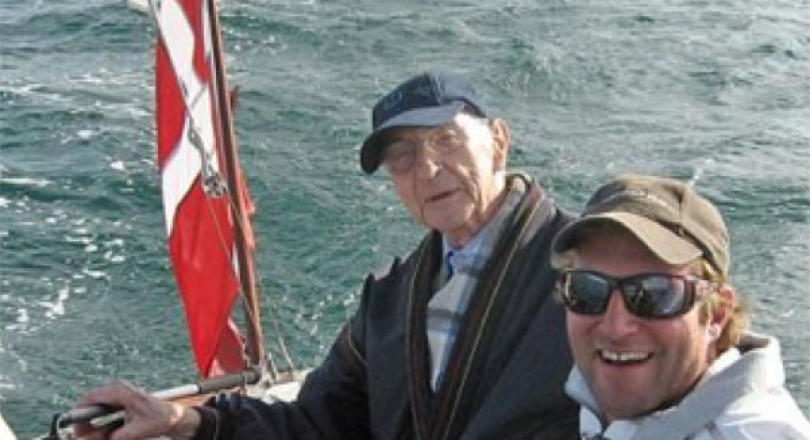 Viggo Jacobsen (the father of the Optimist Dinghy class) turns 100 on the 13th February 2014. Congratulations!

With Mr Viggo Jacobsen at the helm the development of this class was started. The class first spread to Norway, Great Britain, Sweden Germany, Rhodesia, Finland Austria, Denmark, Finland, Great Britain, Norway, Sweden and USA, and later to the rest of the world. In 1965 Mr Jacobsen took the initiative in founding IODA, the International Optimist Dinghy Association, of which Mr Jacobsen was the first president, and his wife was secretary. 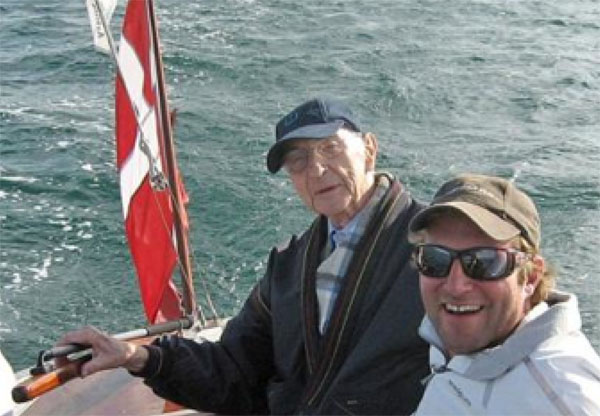 Viggo at the helm with Jes Gram Hansen © Sailing Aarhus.

Since then there has only been progress. Mr Viggo Jacobsen was the originator not only of the world’s second largest class in sailing, but junior sailing internationally.

The number of 200,000 optimist dinghies also means that far more than 1 million sailors have started their sailing careers or interest in sailing in an optimist dinghy, the dinghy whose worldwide success can be attributed to Mr Viggo Jacobsen, if any.

What Mr Jacobsen started in the sixties, really fascinated young sailors, young sailors who have later become Olympic medal winners, winners of Admirals America’s Cup or "just" one of our many, many pleasure sailors.

To confirmed optimists Mr Viggo Jacobsen will always be the first among equals.

As a tribute to Viggo, Robert Wilkes, former Optimist class secretary, has released as a freely available document, the chapters of his historical history which relate to his great work.