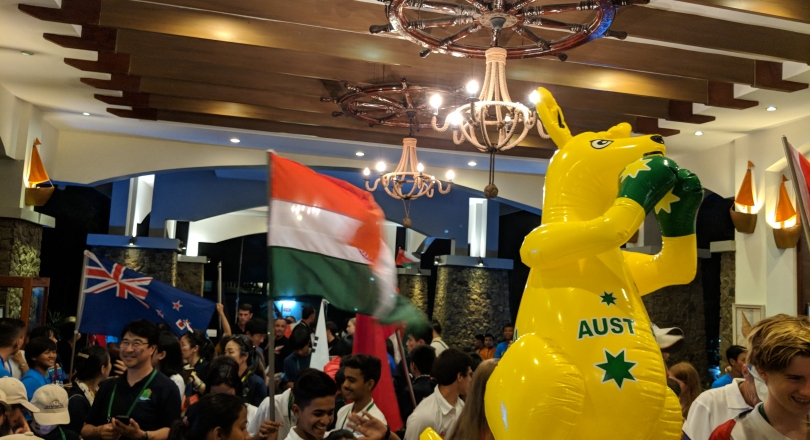 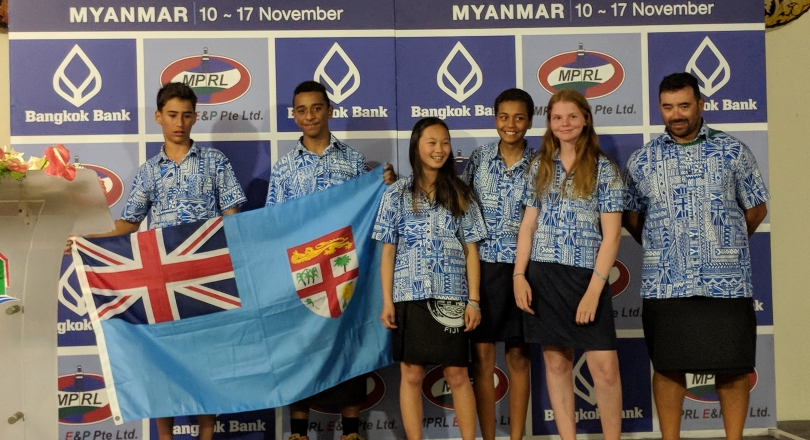 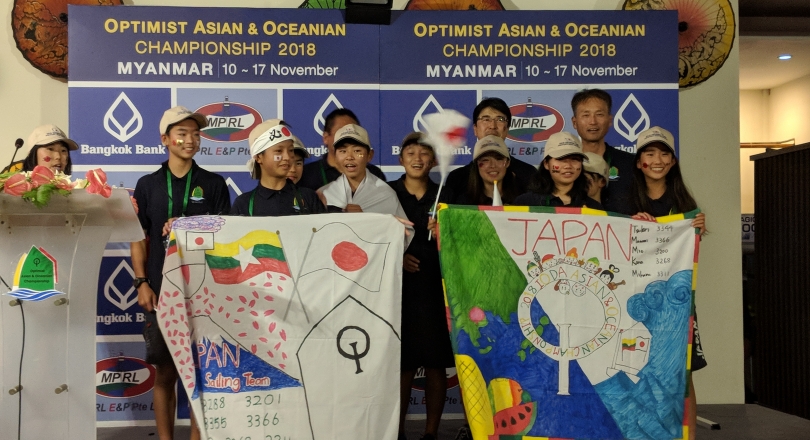 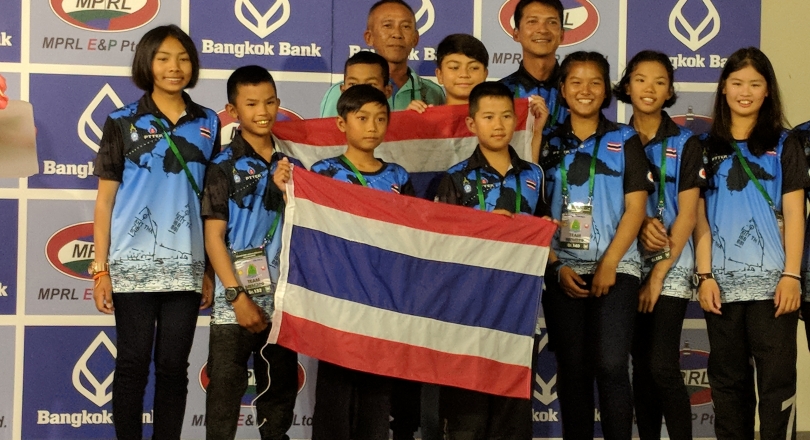 Rainy weather couldn’t dampen the enthusiasm of the sailors and teams as they paraded into Ngwe Saung Yacht Club & Report during the Opening Ceremonies of the 2018 Optimist Asian and Oceanian Championship.

All of the teams participated in a lively parade of the nations with the team from MYA entering with a group of dancers and drummers that elevated their entry to a new level.

Phone Kyaw Moe Myint, known as Carl to everyone at the event, the VP of the Myanmar Sailing Federation and Event Director for the championship is a former Opti sailor himself and could relate to how nervous and excited each of the sailors were feeling as he was experiencing it again on the eve of the championship.

IODA VP of Africa, Asia and Oceania, Ajay Narang welcomed the sailors, coaches and team leaders to the championship.  He officially opened the championship with the raising of the IODA flag.

Following dinner there were 4 cultural acts for everyone to enjoy. The first was the Oil Lamp Dance which is a traditional Rakhine dance that offers the oil lamp to the Buddha. In modern times, however, the oil lamp is now substituted by a lighted candle.

It was followed by the Bagan Dance, which is an ancient style of dance that originates from the Pyu Kingdoms between the 5th and 10th centuries. A small number of relatively crude musical instruments were used and the dance style is slow and sedate.

The evening was topped off with a string quartet and for those who stayed later for a karaoke session.

The sailors were ready to start the first day of competition.

To follow the action at the 2018 Optimist Asian & Oceanian Championship, go to http://asianoceanians2018.optiworld.org