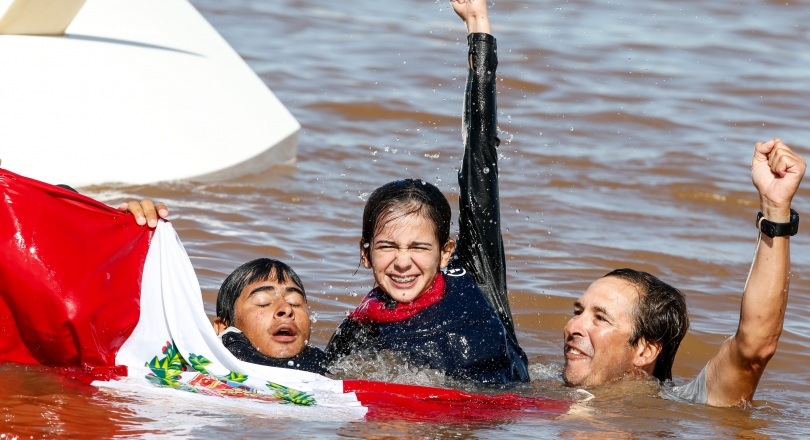 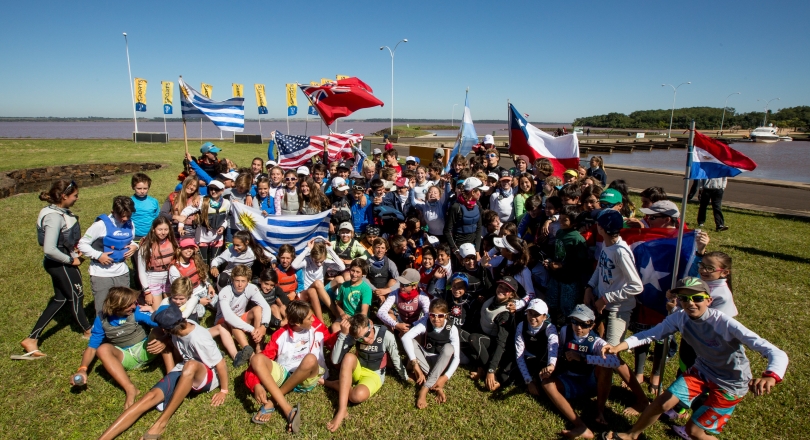 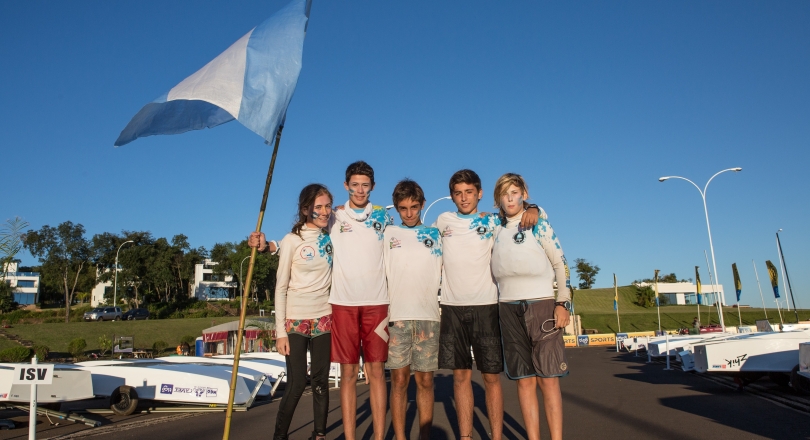 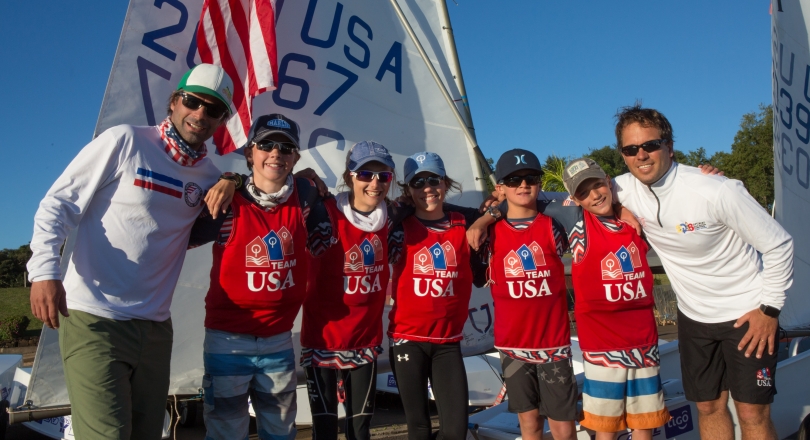 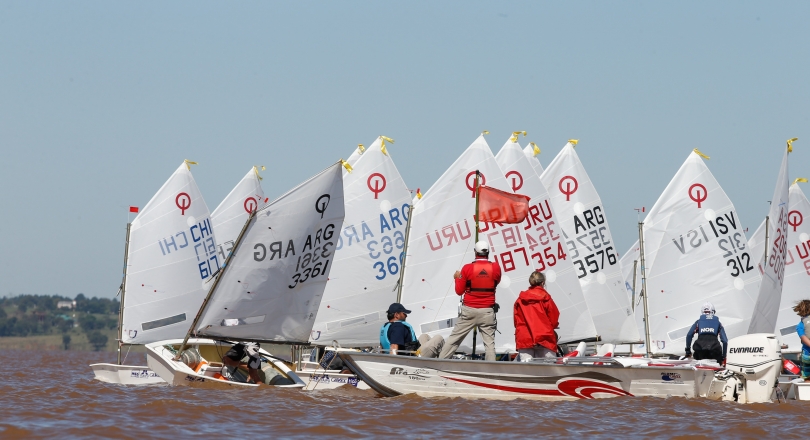 The sailing conditions of the 2017 Optimist South American Championships came in like a lion and out like a lamb.

The event started in torrential rain and stormy conditions that tested all 130 sailors from 11 nations.  Five races were completed in the first two days of competition.

Unfortunately, the wind never came back for the final two days of fleet racing. Only one race was completed on the last day in the final series.

After 6 races, the  2017 South American Champion is Florencia Chiarella (PER) who took the top spot with 20 points just edging out Maximo Videla (ARG) by just 1 point.  Maximo was on the top of the leaderboard heading into the final series. Although Florencia did not have her best final race, with a throw out, she had consistent top-7 finishes to put her on top of the podium.

Third and fourth place overall were Florencia’s teammates from PER, Stefano Viale with 24 points and Palona Susana Poggione with 26 points.   The top 10 finishers are as follows:

The 2017 Optimist South American Championship was organized and hosted by the Yacht Club Ypacarai, in Encanacion, PAR.