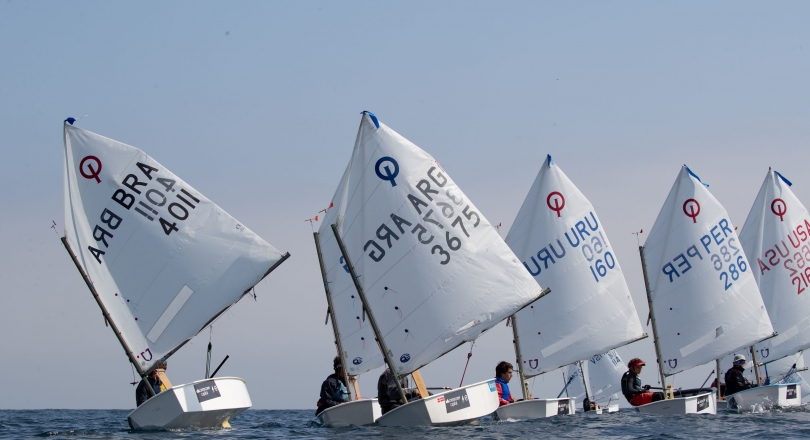 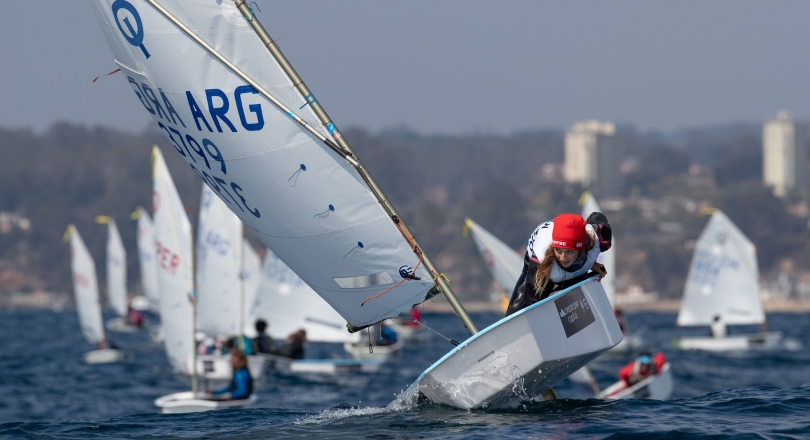 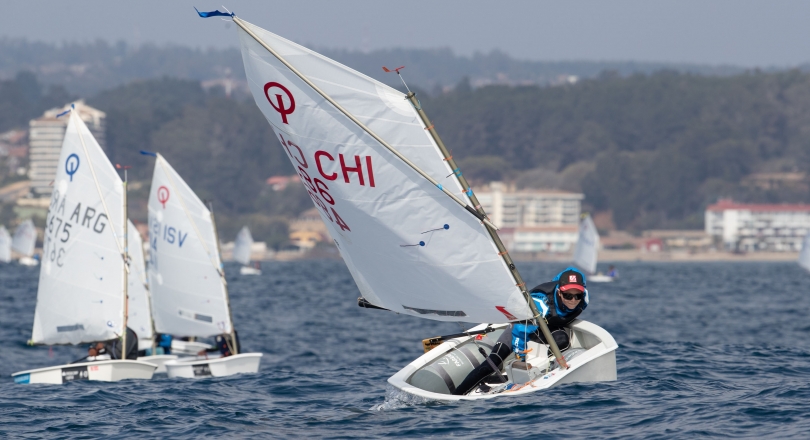 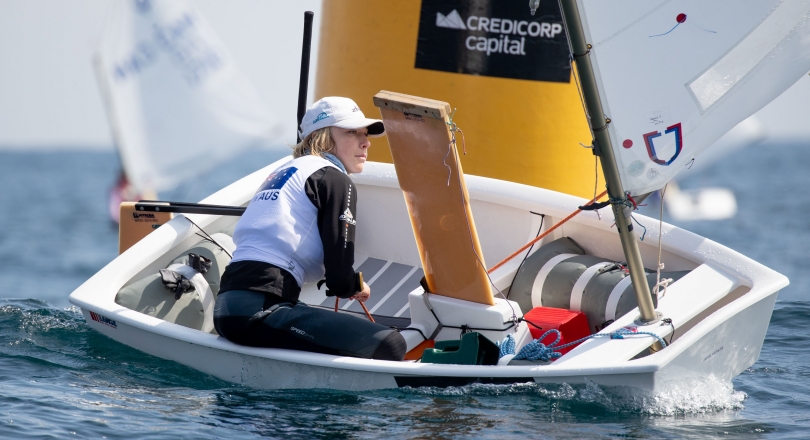 Racing got underway at the 2019 Optimist South American Championship in Algarrobo, Chile today.   169 competitors were allocated into three fleets – Yellow, Blue and Red with each completing three races in the Qualification series for a total of 9 races in the day.

Nerves got the better of several sailors as Race 1 proved to be a tough start of the championship with 23 competitors across all three fleets getting either BFD’d or UFD’d. The competitors settled down in Race 2 with only 7 competitors in the Red Fleet being BFD’d.   Race 3 was clear for all fleets. Racing conditions throughout the day were light to moderate conditions.

Argentina is dominating early in the series with four sailors in the top 10 overall positions.

Santino Marcatelli from Argentina had a stellar day taking three first place finishes in the Red Fleet.  He is followed by teammate Victoria MacKinnnon in second place who had two 1sts and a 5th place in the Yellow Fleet.   Benjamin Buzman of Chile is close behind in third overall, with an 8th and two 1st place finishes in the Blue Fleet.

Fourth to 9th place overall have only a 4-point spread, indicating that the racing is very tight.  The sailors in the top 10-15 positions are all very consistent, so it is early days to see who will be pushing towards the top of the fleet to get into the gold fleet.

Racing in the qualification series continues tomorrow.   The competitors will be reallocated into new fleets of Yellow, Blue and Red for the opportunity to race against different competitors.

There will be a break in fleet racing on Wednesday, so that the teams can participate in the South American Team Racing Championship and Nations Cup. A highlight of the championship and a chance for sailors to compete as a team.

Depending on the number of races completed tomorrow, the Final Series will start on Thursday.

For a full set of results, go to http://2019southamericans.optiworld.org/en/default/races/race-resultsall

For more news and information go to the event microsite, http://2019southamericans.optiworld.org/en/default/races/race-resultsall

Follow the racing in real time with tracking either on the  Event Microsite or on the Mobile App.  To see it on the App, download the Trac Trac mobile app as well.

To download the IODA and Trac Trac Mobile Apps, go to the Apple Store or Google Play Store.