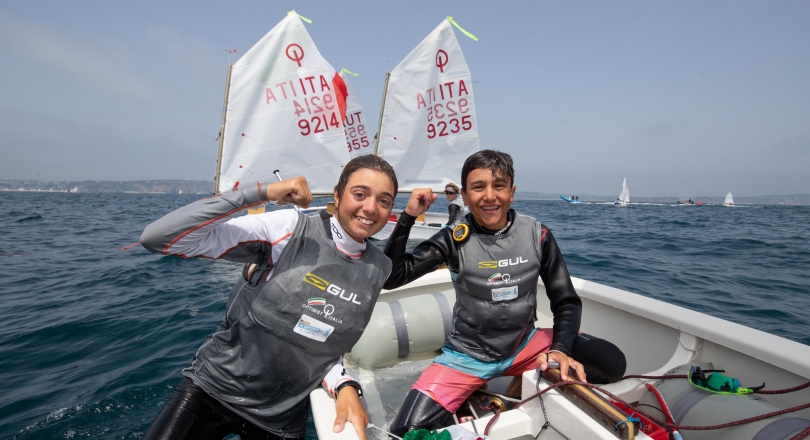 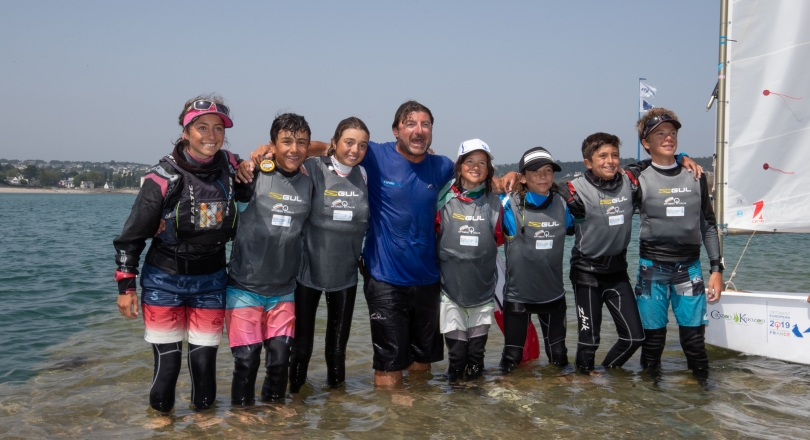 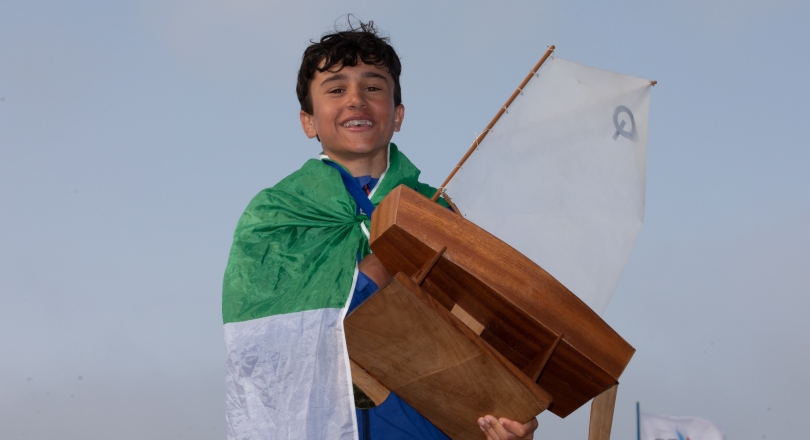 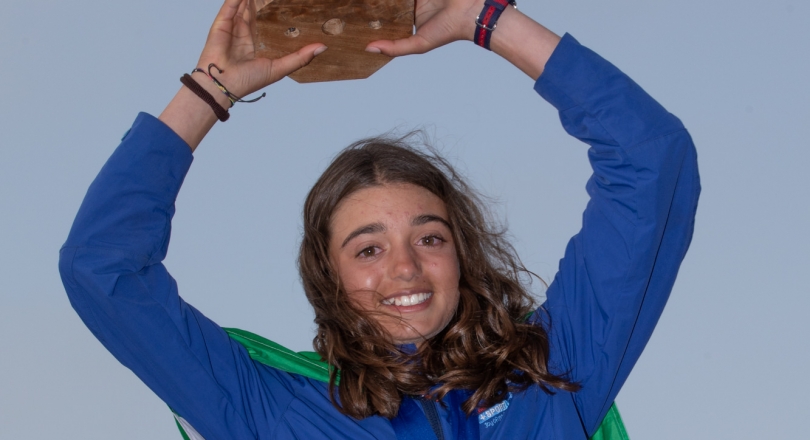 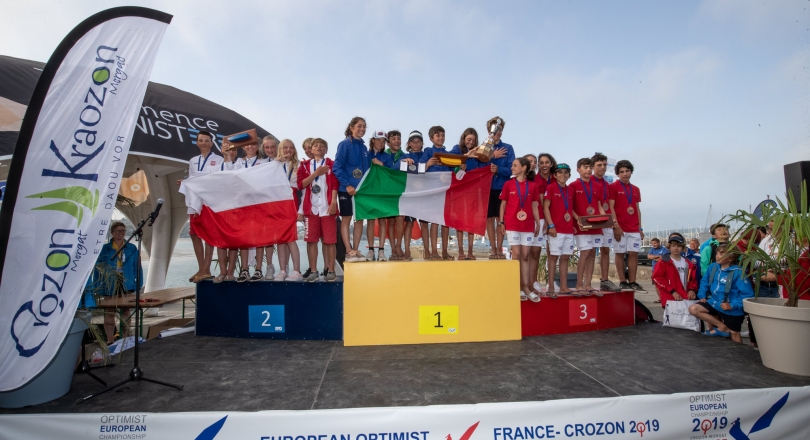 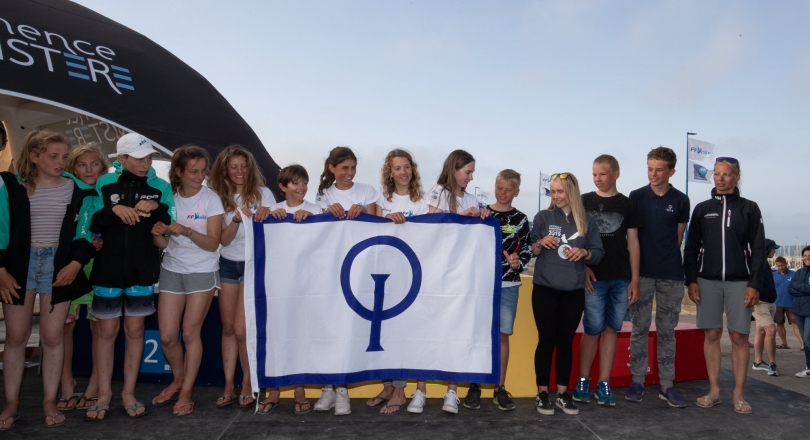 The 2019 European Championship came to a close with the solid final day of racing in Crozon-Morgat, France on Friday.

It was a triple play for ITALY as they took both the Boy and Girl European Championship titles as well as the Nations Cup, the top ranked team at the event.

A brisk new wind from the west started the day which enabled the Race Committee to complete three races for each fleet on the final day of the championship.  Unfortunately, the Girls Gold and Silver Fleets along with the Boys Bronze were down one race heading into the final day.    The boys Gold and Silver fleets however, were able to complete the full 10 race series.

In the Boys Fleet, Italy dominated the results taking the Gold and Bronze medals as well as 5th and 11th places overall.

Alessandro Cortese, of Italy sailed consistently all week to take the Boys European Championship, but he almost lost the title as he sailed his drop race scoring 54 points in the first of three races on the final day.  However, the two sailors on his heels also sailed their drop race on the final day so were unable to overtake Alessandro.

Fernando Menezes of Brazil was an early contender winning two races in the qualification series, but his black flag in the 1st race of the finals (Race 6) set him back and was his drop race for the series. A 34th place in the final race of the championship could not be dropped which knocked him out of the medals.

Fifth overall was Niccolo Pulito of Italy followed by Jacek Kalinowski of Poland. Marc Mesquida of Spain was another early leader wining three races in the Qualification Series. He had a tough final series dropping him back to 6th overall even though he won the last race of the championship.

In the girls fleet Italy also dominated the event by winning both the Gold and Silver medals as well as  6th place overall. Federica Contardi and teammate Lisa Vucetti battled it out all week.  Vucetti was first overall heading into the finals, but Federica won three of the final series to push her into the lead and take the 2019 European Girl Championship title.

Third overall and Bronze medallist was Jeanne Larnicol of France followed by only one point in 4th overall, Nora Garcia of Spain.

In fifth place overall was Donna Mazzuccheli of Argentina following by another sailor from Spain Alejandra Perez in 6th.

The event was organized by a dedicated team under Olivier Latin, the Chairman of the Organizing Committee along with many staff and members of the Centre Nautique of Crozon-Morgat, the host venue of the championship.  The 200 volunteers on shore and on the water are to be congratulated for delivering  a very successful IODA Championship.