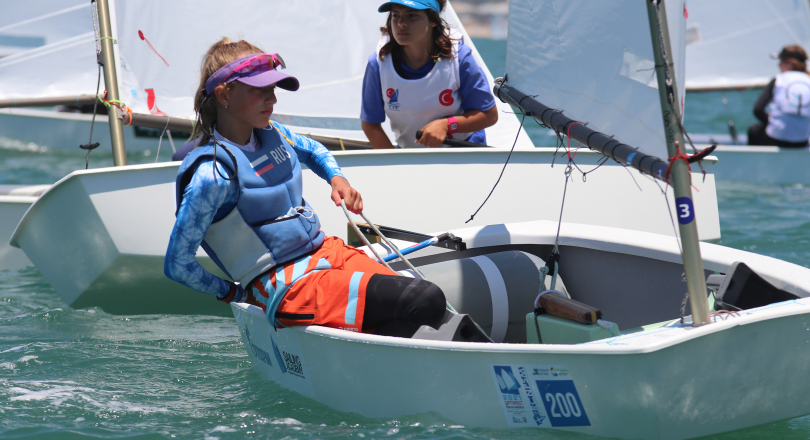 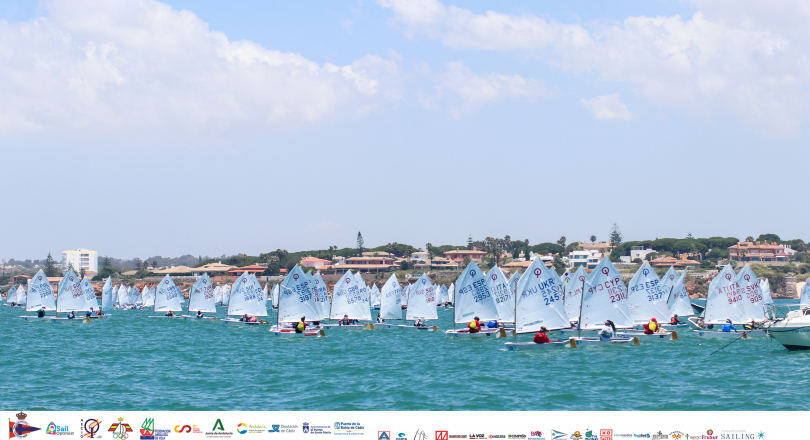 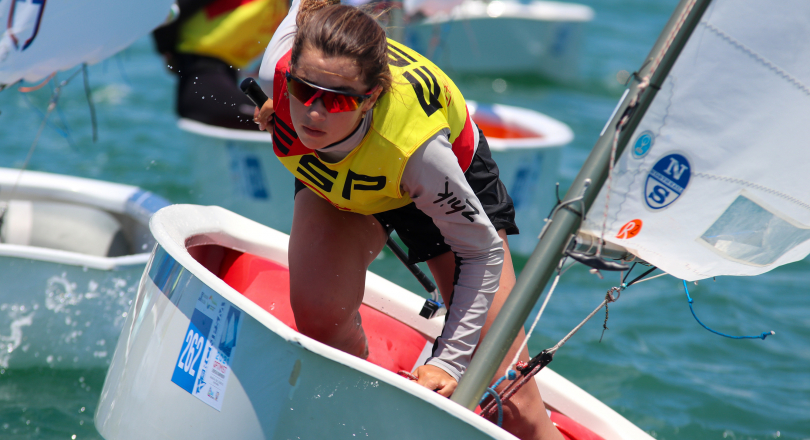 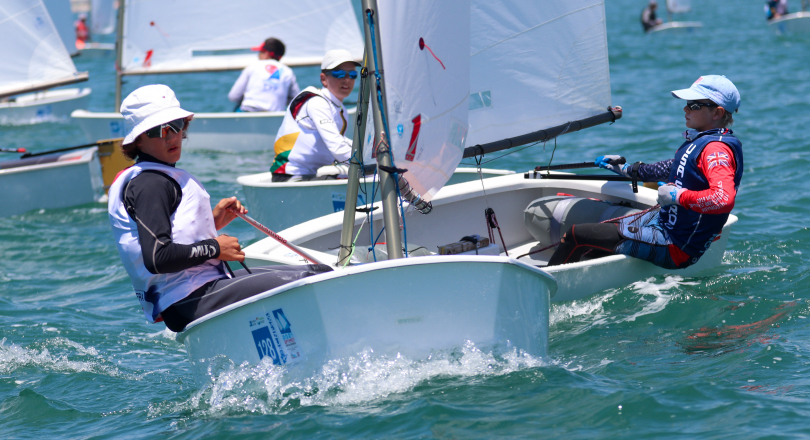 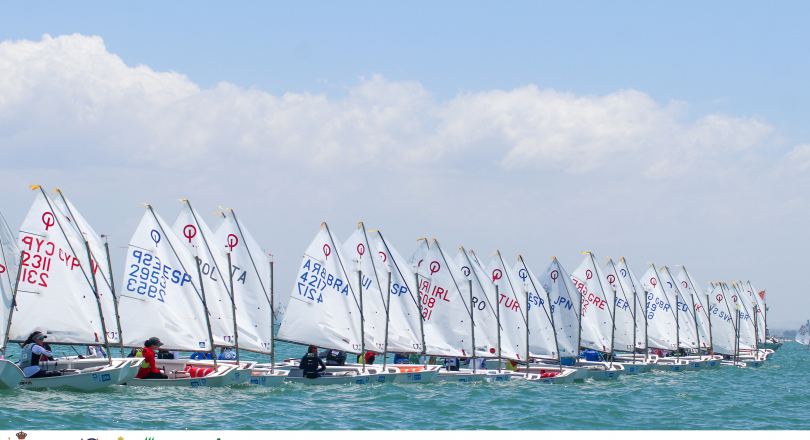 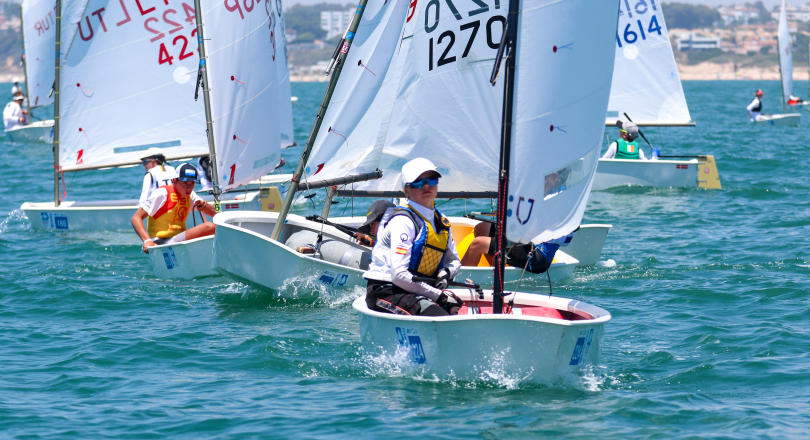 Xavier García (ESP) and Emilia Salvatore (ITA) have further strengthened their lead in the Optimist Europeans in the Bay of Cadiz after both had good day. Both the Boys’ and Girls’ fleet completed their two scheduled races, with each lasting around 50 minutes. The wind conditions today were lighter and stayed under 10 knots. Tomorrow, Thursday, will be a decisive day with the first discard kicking in and the fleet being divided into groups for the semi-finals and final.

Xavier Garcia, from the Balearic Islands, did not give his rivals any chance as he notched up two 1st place finishes and has finished well on track to meet his goal. The Spanish sailor remains unbeaten and is already ten points ahead of the sailor immediately behind him, Niccolo Pulito (ITA), who with an 8th and 2nd in his fleet has moved up four positions to second overall. Yigit Ozbasoglu (TUR) has dropped down to third after a poor day with a 14th and 20th.  They are followed by three sailors, Enrico Coslovich (ITA), Izan Codinachs (ESP) and Juan Bennasar (ESP), who are all just five points from the podium.

In the Girls’ Fleet, Emilia Salvatore (ITA) has extended her lead to seven points. She again put in a consistent performance, with a 3rd and a 4th, and is in a comfortable position ahead of her rivals.  Today, Madeline Jansen (USA) finished 2nd in both races in her group and has moved up to second place overall, after the tie breaker in her favour, ahead of Sofía Bommartini (ITA) who is now in a third after finishing 6th and 4th. Rebecca Geiger (ITA), who is defending her title, put in a strong performance today. She finished 3rd and 1st and moved up to fourth and just seven points behind the leaders. Firdevs Yegin (TUR) is now in 5th place, thanks to a 3rd in the last race of today.

The nerves were clear at the start of this second day, which got underway with the Girls’ fleet and two general recalls. Today’s light and shifting wind made the Race Committee’s job harder. The sailors had to wait at first and the race area had to be moved at the end of the first race.

The current was yet again decisive with the change of tide. The boys had to sail against the current on the port side, which resulted in some sailors touching the mark.

Two more races are programmed for tomorrow (Thursday) and the discard will come into play after the fifth race. Tomorrow’s racing will be decisive as it will be the last chance for the boys to classify for the gold, silver and bronze groups, and the girls for the gold and silver.

The Europeans are being held in the Bay of Cadiz until next Saturday and are organised by the  El Puerto de Santa María Royal Yacht Club (RCN) and the International Optimist Dinghy Association (IODA).