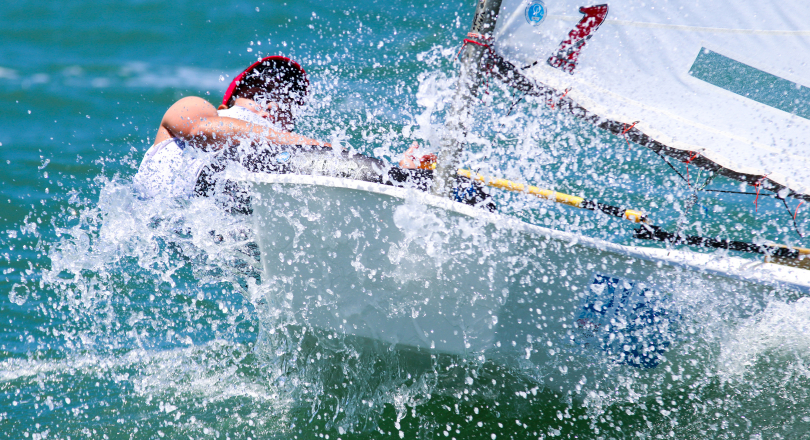 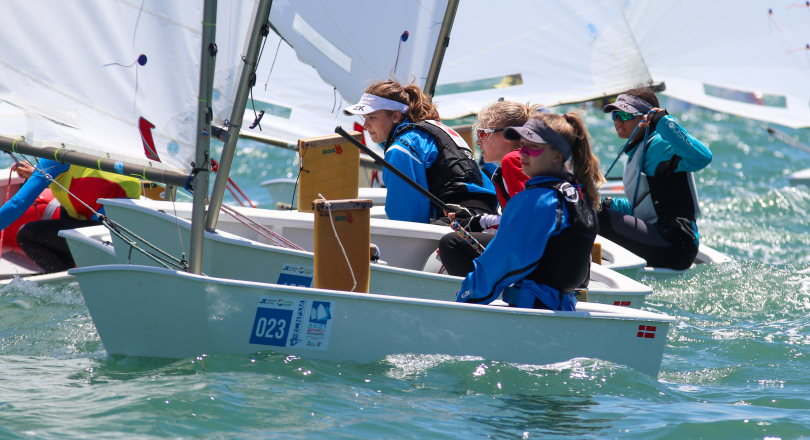 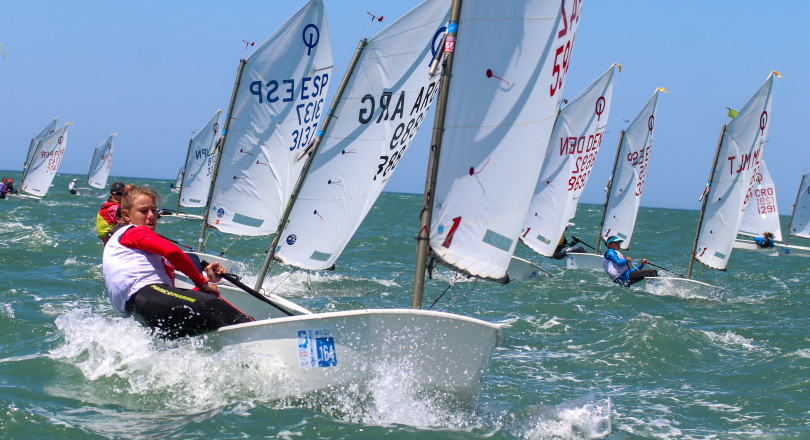 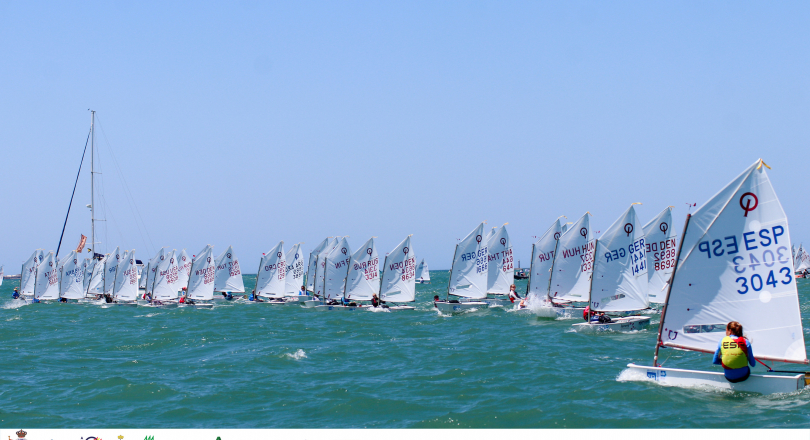 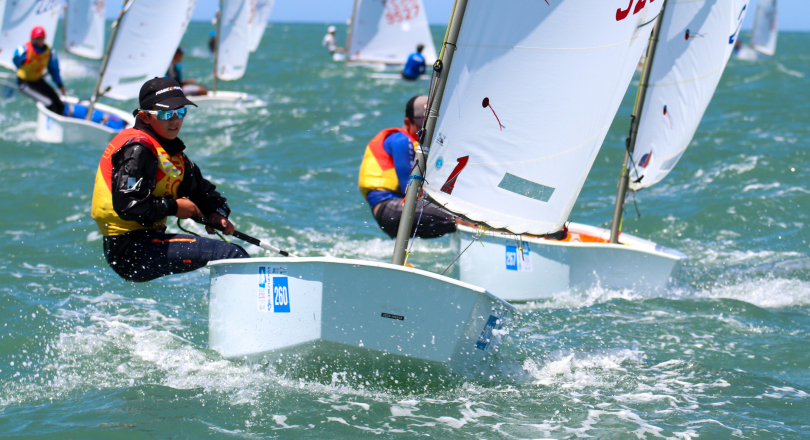 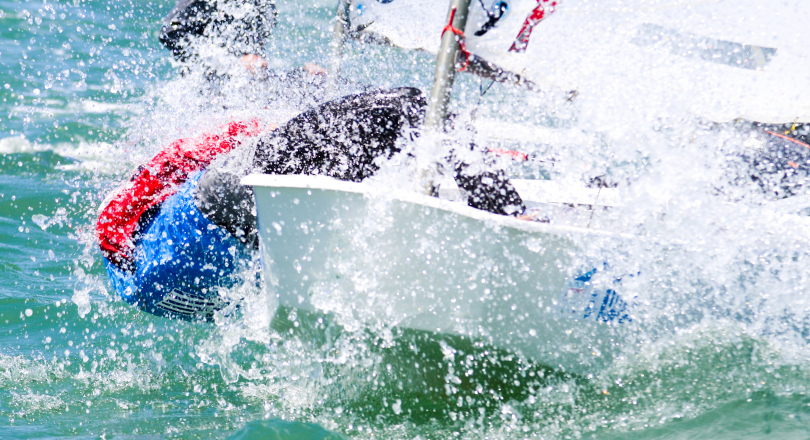 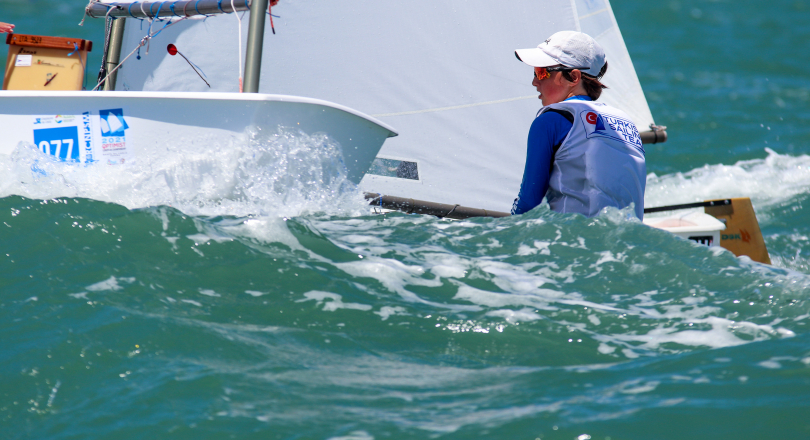 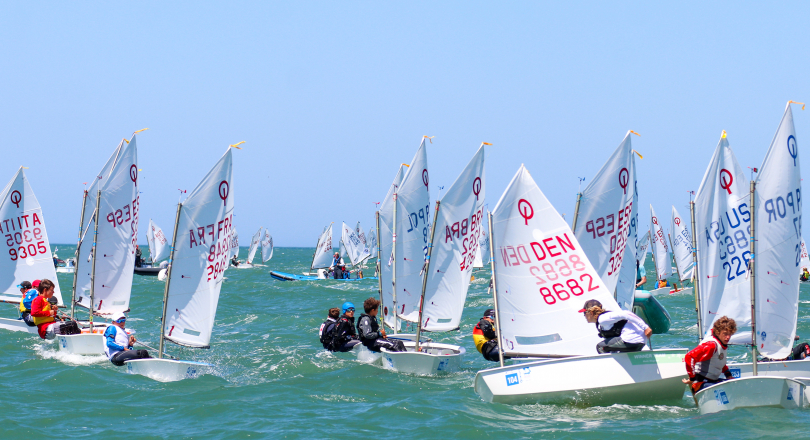 Xavier Garcia (ESP) and Emilia Salvatore (ITA) continue to be on top of the leaderboard at the 2021 Optimist European Championships after the third day of racing.  The strong Levante wind made its presence felt in the Bay of Cadiz today.

While Garcia now has a comfortable advantage, the Italian still has a fight on his hands.  In the Boys’ fleet, Garcia (ESP) ended his winning streak, but the discard of a 3rd and a 2nd in today’s races, means that the sailor is still on track for the title with eight points overall.  The real battle is among the sailors coming up behind. The close-fought fight between Yigit Ozbasoglu (TUR) and Niccolo Pulito (ITA) went the way of Yigit today, with a 1st and a 7th compared to the Italian’s 2nd and another 7th.  There is just three points between them. Tristan Tol (CRO) is now just two points from the podium, after discarding a 31st and with a 6th and 2nd today, he has moved up over ten places to fourth overall.  It is a similar story with Emilios Max Boeros (CYP) who is just three points off the podium, thanks to a discard and a first place today. Juan Bennassar (ESP) is in sixth place, but is still has a chance as he is just one point behind his nearest rival.

Emilia Salvatore (ITA) is still at the top of the Girls’ Fleet, but her lead has been cut, after a day when Rebecca Geiger (ITA), who is defending her 2020 title, took over as leader at one point.  Salvatore came in 8th and Geiger 4th in that race and with the discard kicking it, Geiger managed to edge ahead, an advantage she would late lose with a 20th that put her back in 5th. Meanwhile, Salvatore finished 2nd, which put her back at the top of the leaderboard.  She is now only three points ahead of Firdevs Yegin (TUR), who had a very good day in the windier conditions with two 1st places in her fleet.  Sofia Bonmartini (ITA) continues in third place and seven points behind, followed by Medine Havva Tatlican (TUR) and Rebecca Geiger (ITA) in 4th and 5th.

After today’s two races, the boys’ fleet will be divided into the final gold, silver and bronze fleets and the girls into gold and silver. These will be the groups for the last two days’ of racing whereby the gold fleets will be in the hunt for the European titles.

Wind conditions for today’s racing had gusts ranging between 17 knots and peaks of 25 knots. The strong current was yet again another factor to be taken into account for the sailors who found the current in their favour in the upwind legs.

Another two races are scheduled for tomorrow which will help the sailors position themselves for the final showdown on Saturday where the titles for the Boy and Girl 2021 Optimist European Champions.