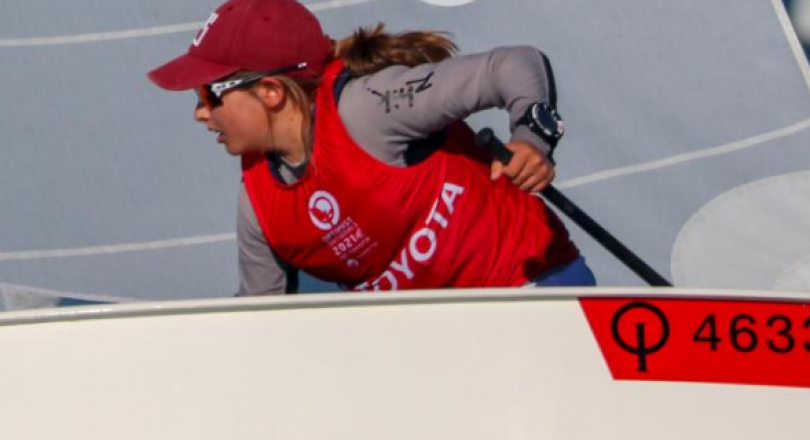 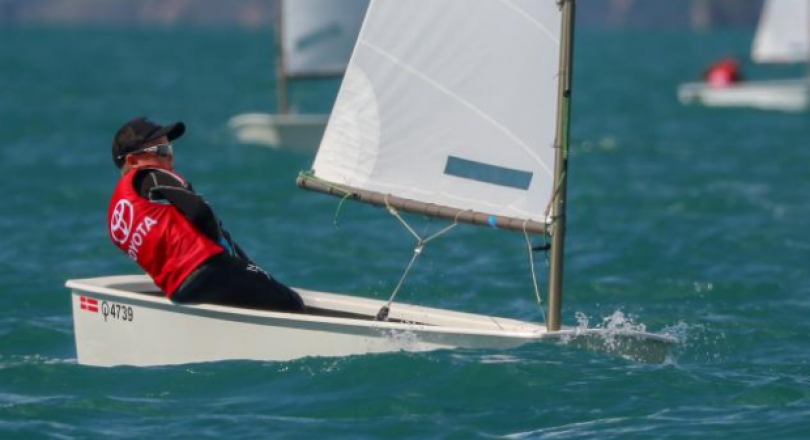 Tessa Clinton is halfway to her goal of being the most successful Kiwi girl ever at the Optimist national championships but has her sights on another achievement as well.

The 12-year-old from the Wakatere Boating Club won the girl's national title for the second year running at the Maraetai Sailing Club over the Easter break, finishing ahead of Murrays Bay Sailing Club duo Chloe Turner and Jessica Handley.

Will Leech from Charteris Bay Yacht Club took the boy's title, and overall honours, with an impressive display of consistent sailing, while Joe Leith (MBSC) was second and Cameron Brown (WBC) third.

But Clinton isn't satisfied yet and is eyeing up more success in the class. "It's a pretty big achievement," Clinton said. "I'm pretty happy.

"I wanted to get top girl again. I sort of have a goal to get it four times so I can beat the person who has got it three times, Susannah Pyatt.

"I'm just going to do a lot more sailing and try to get a lot more sorted and try different boats, like the P Class and maybe some double-handed sailing because I want to win [the Optimist nationals] overall next year."

That accolade went to Leech, whose only result outside the top six across the 12-race series, and his drop, was 10th. His sail number was omnipresent near the front of the 76-boat fleet as he mastered the difficult wind and tidal conditions off Maraetai over the five days of racing.

"It's pretty good to be national champion," he said. "I'm so stoked. There were definitely some nerves. It's hard going into the last day [in front] because you're just thinking about the end result but I tried to keep calm.

"What I was focusing on was keeping consistent because one of Dad's mates was the OK Dinghy world champion and he didn't win one race."

Leech grabbed one win on the penultimate day and his success was the first by a South Island Optimist sailor since Jayvee Buchanan in 2010.

The Christchurch youngster sails a raft of different boats, including a P Class and an F8 foiler he's built with his father, and is one of the smallest sailors in the open fleet.

A total of 170 sailors competed across the open, white and green fleets and they were tested by conditions ranging from gentle puffs to gusts tipping 30 knots.

Matteo Barker and Charlotte Handley (both MBSC) took out the honours in white fleet and Jago Cleghorn and Brooke Day (also both MBSC) were the top sailors in green fleet.

Next year's national championships will be at the Napier Sailing Club next April.

A change to the ranking system was passed at the annual general meeting held during the nationals, which will see the number of ranking regattas drop from four to two.

The top five ranked sailors normally compete at the Optimist world championships but the New Zealand International Optimist Dinghy Association have chosen not to send a team to Italy this year because of Covid-19.