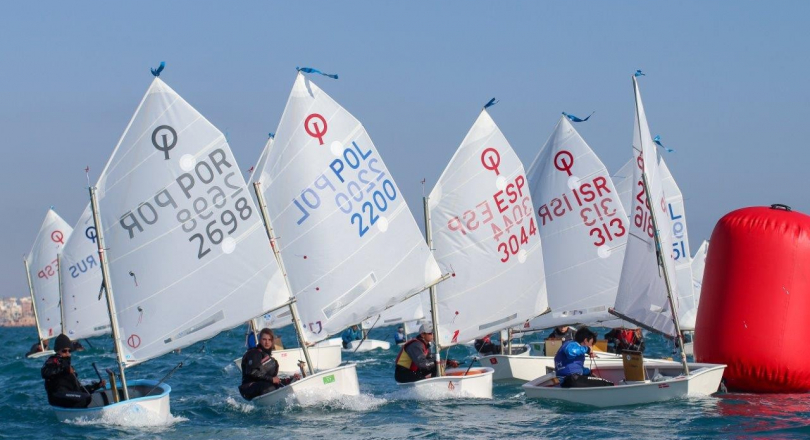 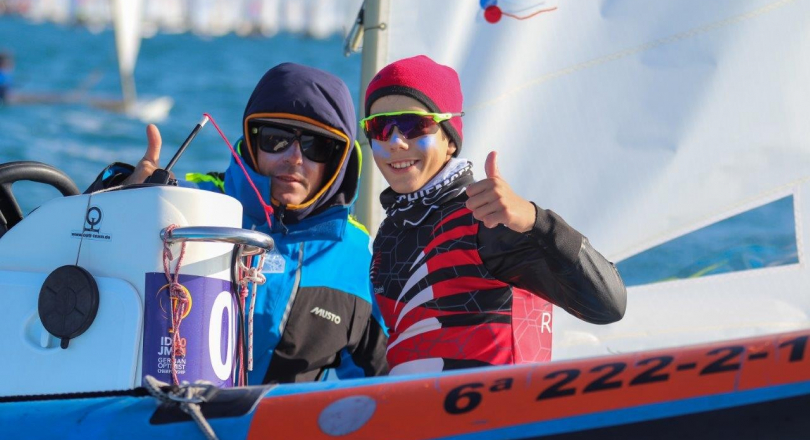 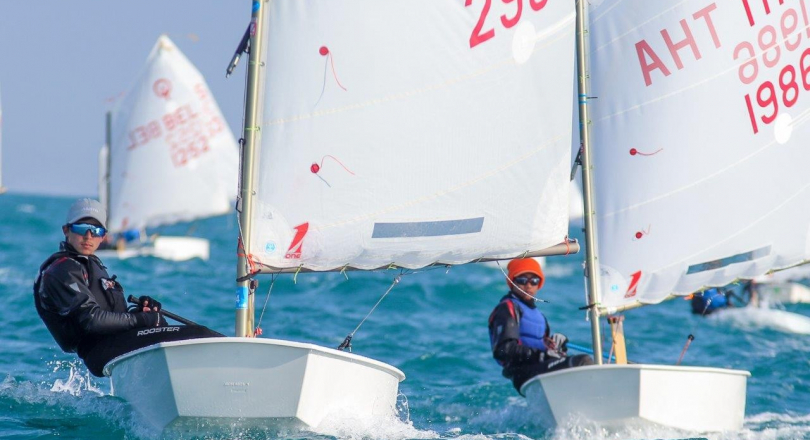 The qualifying round in the Euromarina Optimist Trophy Torrevieja closes, it does so in a second long day and quite complicated by the roles. A situation that has caused many false starts.  At the start of the day was located in the 050º with 8-10 knots, but concluded in the 340º with 7-8 intensity.

With the discard applied and the favourites on the front foot, the gold, silver, bronze and emerald groups are defined, thus giving way to the two days scheduled for the final series and to which arrives as solid leader and dominating quite clearly the Thai Weka Bhanubandh, achieving a lead of 9 points over the second of the table.

Bhanubandh, framed today in the yellow group (yesterday blue) has signed three good partials: 2-1-1, together with the results of yesterday and the discard, leave the representative of the Royal Varuna YC with 7 points, 9 points behind the second of the table, the Hungarian Benedek Barna Héder (SVE), who has punctured in the last test of the day by scoring a 32, a result that was going to take off but that passed him bill. The santapolero Pedro Adán (CN Santa Pola) climbs to third place, staying 12 points behind Bhanubandh. Adán has been very regular (3-4-2) that allows him to occupy that provisional third place.

Maximum equality in women with the Blanca Ferrando (RCN Valencia) and the Kosma Fragkiski (PFNC), both tied at 48 points. The best times of the Spaniard, located in the red group, with 4-10-13 allow her to be ahead. The Greek (blue), meanwhile, closed the day with scores of 7-5-16. Provisional bronze goes to Poland's Alicja Tutkowska (YKP Gdynia) with 53 points. Tutkowska was unlucky in the first race and was one of the many black flags in that first race, which will take its toll on her.

As for the SUB13 category, the Finnish Lily-Sofie Latvala (HSS) has been once again strong, although she has not had a good start with a 21st and a 30th, improving at the end of the day signing a well-worked 8th place. This allows her to take a little more advantage over the second of the table that has been less successful than her. The Valencian Marta Ferrando (RCN Valencia) has finished today with 30-40-37.  At the moment the bronze is for Mar Infante (RCMT Punta Umbria), 14 points behind Ferrando.

José Manuel Cuellar (RCN Adra) is the leader, highlighting today a 7th place as the best partial. In the first and second race he closed his participation with 11th and 9th places respectively. Behind Nikko Palou (RCN Palma), with a partial victory in the first race of the day in the blue group, and Ignacio Sanchez (RCR Alicante) provisional bronze.  Sánchez has been the one who has achieved the best partial results today of the three podium: 5-5-8.

Tomorrow, Saturday, third day and first of the final series, the wind seems to want to be absent early, so there has been a change in the program setting the starting top at 12.00 am, unless changes.