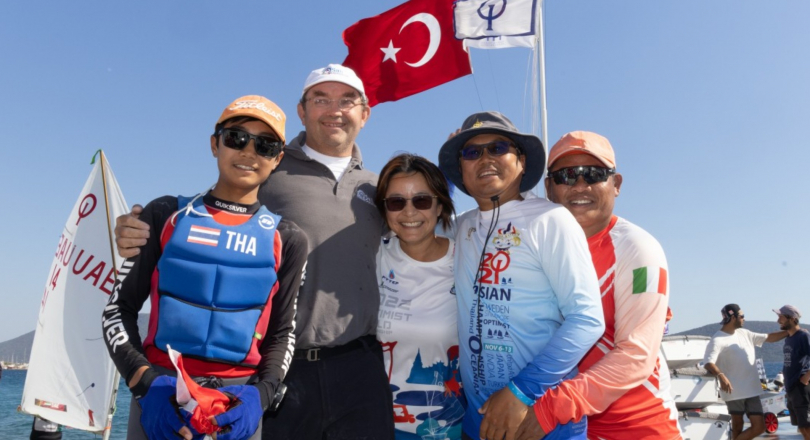 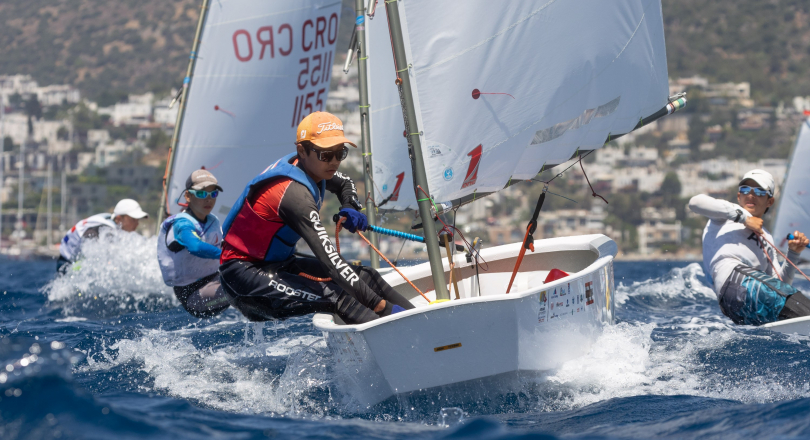 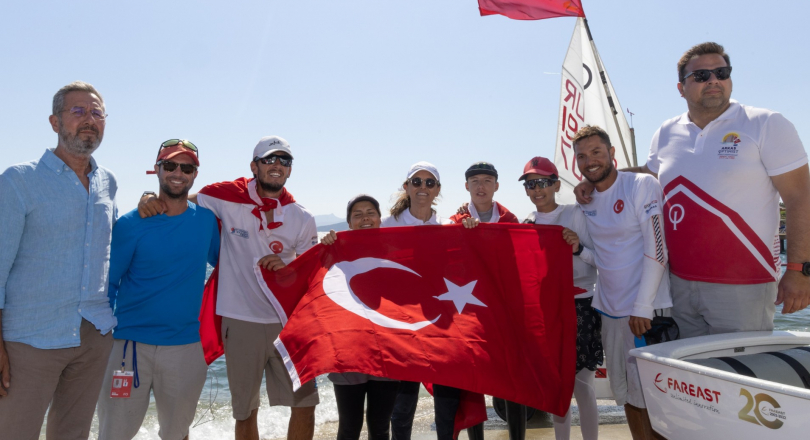 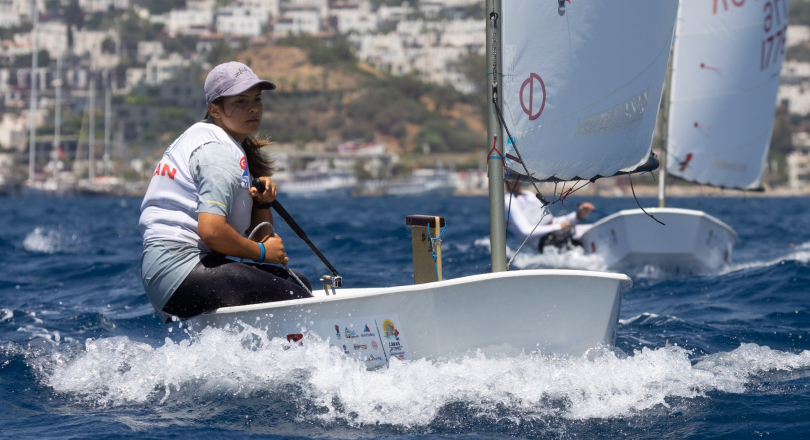 The 2022 Arkas Optimist World Championship concluded after the final 6th day of fleet racing. The championship featured 276 sailors from 61 countries and was the scene of unique challenges. The white houses of Bodrum, accompanied by their historical texture and windy weather, gave the participants an unforgettable experience.

On the final day, the sailors set sail in similar sailing conditions that built in strength througout the day. Coming in to the last day of the championship series, Danyil Mykhailichenko (UKR) was in first place with 54 points. Followed by Henric Wigforss(SWE) with 59 points, with James Pine (USA) with 62 points in third,.

On the final day of racing,  a completely different scenario took place. All of the top sailors had mixed results – one good finish and one further down the leaderboard. But it was Weka Bhanubandh (THA) who was 6th place coming into the final day came from behind and leapfrogged 5 places to become the 2022 Arkas Optimist World Champion with 96 points dropping his 28th worst race. After 12 races, it was his consistent sailing all week long that paid off.  Bhanubandh nudged out James Pine (USA) by one point who took the Silver medal moving up from 3rd the day before. Francesco Carrieri (ITA), was 5th coming into the final day moved up to a Bronze Medal with a 5th and 27th place finishes.  The finishes on the final day were so close that nobody celebrated until the top three places could be confirmed.

Danyil Mykhailichenko ( UKR) the leader on the first and second day of the Championship Series, had a really tough final day finishing with 21st & 34th pushing him back to 4th overall and just off the podium.  Danyil sailed extremely well all week long.

Eighth overall was Malcom Dahlberg who remained in the same position from the day before.  He was followed by Davi Nevis (BRA) in 9th and Ioannis Tournis (GRE) in 10th.

Medine Havva Tatlıcan met with great enthusiasm when she arrived on land. Teammates and officials held a small celebration for the young sailor, who became the champion in the Girl category.

The Jacobsen Trophy, awarded to the top national team at the Championship,  was won by  Italy for the second year in a row, taking the Gold medal, followed by the USA with the Silver and GRE with the Bronze medal.

Earlier in the week, Team USA was awarded the IODA Challenge Cup as the winner of the 2022 Arkas Optimist Team Racing Championship followed by Team UKR with the Silver medal and team SWE with the Bronze.

After a week of extreme heat and incredible sailing conditions and competition, the championship has now completed, which was held in friendship and competition. The Award Ceremony, took place at the historic Bodrum Castle, one of Bodrum's most well-known historical monuments.