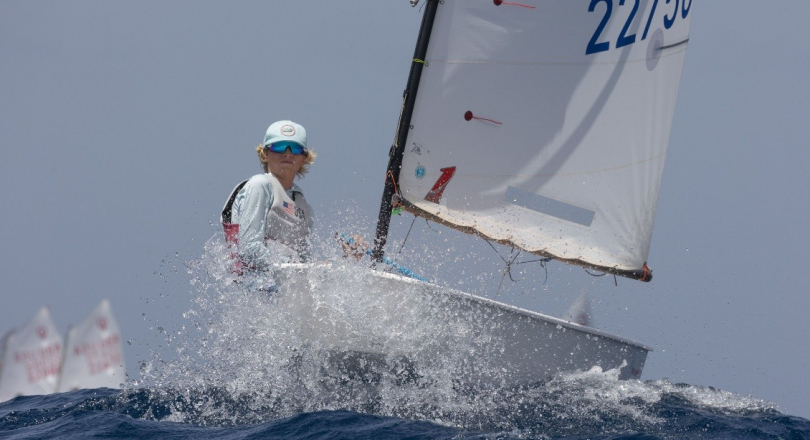 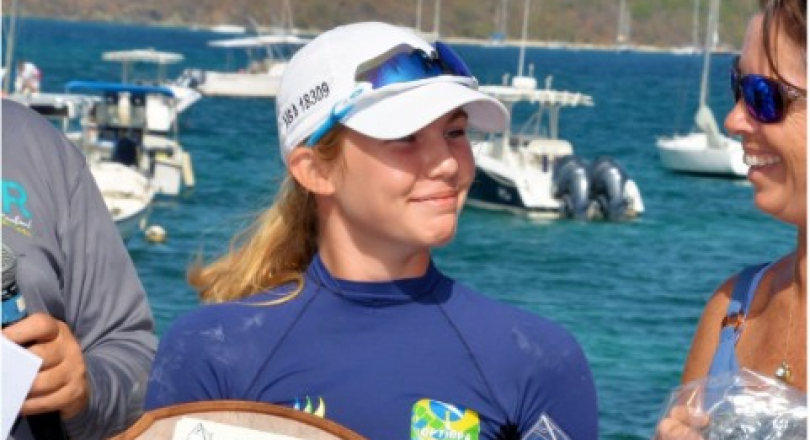 Good starts, consistent finishes, and having fun is what led the USA’s Beck Brill to win the 29th International Optimist Regatta (IOR), hosted at St. Thomas Yacht Club (STYC), June 17 to 19. Thirteen-year-old Brill, representing Miami, FL’s Coconut Grove Sailing Club, was one of nearly 100 sailors from Puerto Rico, several U.S.A. states, and the U.S. Virgin Islands that competed in this three-day regatta under Caribbean-ideal conditions that averaged 15- to 18-knots of breeze under sunny skies.

"Congratulations to the winners of this year's International Optimist Regatta. We continue to remain inspired by the new generation of sailors who are the future of our marine life. Congratulations to our partners at the St. Thomas Yacht club for another year of a successful and seamless race. We look forward to continuing this tradition and welcoming our residents and visitors to experience the sailing paradise of the U.S. Virgin Islands,” says Joseph Boschulte, Commissioner of Tourism for the U.S. Virgin Islands.

Brill’s first place overall also put him at the top of the 13- to 15-year-old Red Fleet, after 10 races in the Championship fleet.

“I was in the lead going into today, so it was scary. I knew I had to be consistent to stay in front. I sang songs in my head to relax. In the first race today, Kayla (Benesch) beat me. Our scores got closer. In the last race, I finished second and it put me in the lead by 7 points,” says Brill, who has sailed in the IOR for four years as has Benesch.

Thirteen-year-old Benesch, from Miami, FL’s Coral Reef Yacht Club, ended second overall and second in the Red Fleet and earned the Top Female award. She is the first to receive the new perpetual Founders Trophy, awarded to the IOR’s top female sailor. This trophy is designed to recognize the IOR’s women’s sailing past and present and promote greater participation by young women in this event. The Founders Trophy is the brainchild of two of the event’s five founders, Henry and Fredelle Menin.

“Good starts, good upwind and downwind legs, and sailing fast. That was my goal today. Even in the last race, when I knew I wouldn’t win the overall, I didn’t give up. I just kept sailing hard and trying to pass as many boats as I could,” says Benesch.

“My plan for the week was to be consistent and get good starts. Each day, I worked to execute my plan. It paid off. It was a very good week,” says Bocanegra, who also won the 4-leg Volvo Ocean Race, the wrap-up event to the TOTE Clinic earlier in the week.

“I tried to keep on the side of the course where the wind was best,” says Rivera-Hermida, who added that having fun and making friends were highlights of his week as well as the podium finish.

“I listened to my coach. When I didn’t understand something, I just stayed calm and sailed. That’s how I won most of the races,” says Delgado-Ripepi.

In other awards, it was Fort Lauderdale, FL’s Maxton Damiano, from the Lauderdale Yacht Club, who earned the Pete Ives Award, given for a combination of sailing prowess, sportsmanship, determination, and good attitude both on and off the water. St. Thomas Yacht Club’s Emma Walters earned the Chuck Fuller Sportsmanship Award. The Sportsmanship Award was awarded to Violet Karr, from Miami, FL, and Coral Reef Yacht Club. Lastly, the inaugural Race Committee Award went to Harrison Szot, of CERT/Bay Head Yacht Club, in Bay Head, NJ.

A WEEK OF SAILING

The 8- to 15-year-old sailors started the week by training in the three-day TOTE Clinic held June 13 to 15.

The one-day TOTE Team Racing Championships took place on June 16. Out of over a dozen teams, the winner was Team CRYC Spectra. Team members were Will Barnhart, Kayla Benesch, Brayden Zawyer, and Sophie De Leon Urban.

This year’s event followed an eco-friendly theme. Sailors were encouraged to recycle all plastic water bottles, use the reusable water bottle in the goodie bag throughout the regatta, keep all lunch bags and wrapping out of the water, pick up any trash on shore and accept drinks without straws.