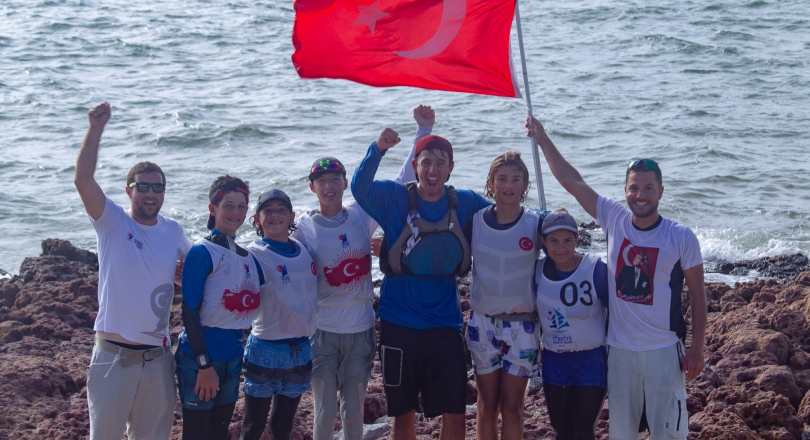 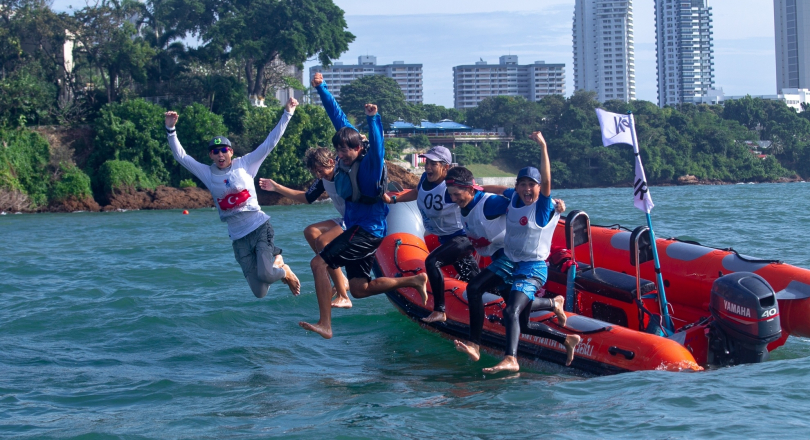 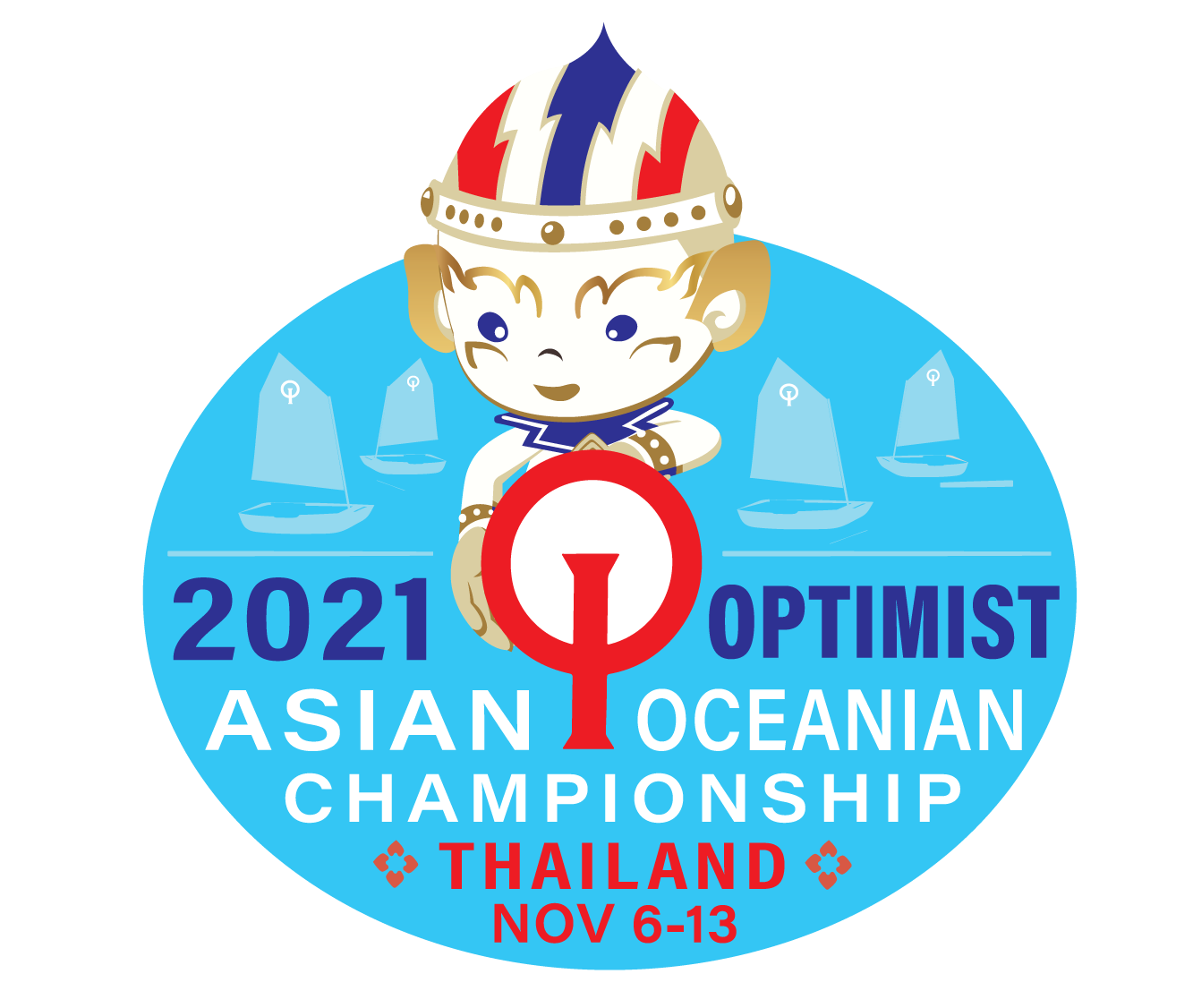 no other, Turkey’s youth sailing stars were awarded a well-fought win over the talented Thai national team in the 2021 Optimist Asian & Oceanian Team Racing Championship.

The series finale saw back-to-back blockades, boats surfing past each other riding the waves and wind, much yelling, and a packed fleet at the finish which was so close it was too close to call. It took several minutes for the jury to make its decisions on protests and the committee to confirm a winner. As the Thai team set out for shore, the Turkish performed the traditional high-flying leap from their coach boat for the cameras before they too headed to shore, grinning from ear-to-ear.

“From the very start to the very end, it was sheer excitement,” said commentator Alex Frefel, an RVYC instructor. “It was exactly how sport should be played - both sides fighting to the very end. No one was giving up in the neck-to-neck-to-neck final race.”

Turkey will be presented a trophy as overall 2021 Optimist Asian and Oceanian Team Racing Champions on Friday at the closing ceremony, but because Turkey is deemed a member of Europe by the International Optimist Dinghy Association, Thailand will retain the perpetual Optimist Asian Team Racing Champion trophy which it has held onto through the 2019 and 2018 events. No championship was held in 2020.

Both finalists in Pattaya secured their spots after beating Thailand’s Team 2, made up of slightly junior youth sailors with top sailor Weka Bhanubandh as their mentor. The event this year featured eleven teams including three Thai teams, two Singaporean and two Japanese teams, as well as teams from the USA, Sweden and India.

The one-day challenge, always scheduled mid-week during the Optimist Asian & Oceanian Championships, is one of the most exciting and easy to understand for spectators. This year, the competition was held within eyesight of supporters at the Royal Varuna Yacht Club in Pattaya, adding to the excitement of the day.