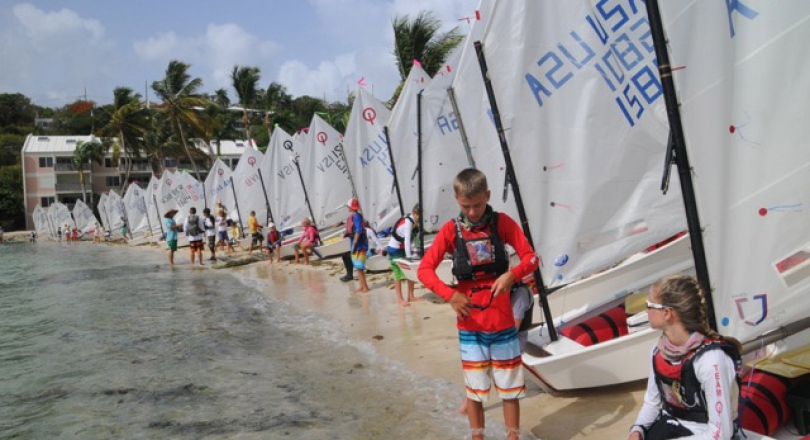 The International Optimist Regatta (IOR) presented by Glacial Energy, celebrates its 21st edition, marking over two decades of fostering junior sailing in the Caribbean. The IOR will take place June 21 to 23, prefaced by the Sea Star Clinic June 17 to 19 and Sea Star Team Race on June 20.

"We are in the final countdown!" says regatta director, Margo Lynch. "We are currently expecting 107 Optimist sailors from 11 nations including Mexico, Cayman Islands, and Nicaragua. It is very exciting to break the ‘hundred sailor mark’ two years in a row. The 2011 champion, 13 year old Wiley Rogers from Texas, will be back to compete and so will California’s 14 year old Romain Screve, who finished an impressive 13th at last year’s Optimist World Championships in the Dominican Republic. Both boys are members of the USODA National Team with Rogers going to the Optimist Europeans in Hungary and Screve going to the Worlds in Italy.

Rogers and Screve will be up against stiff competition from members of Team ISV, who will race in this summer’s IODA World Championships in Riva del Garda, Italy. The five sailor team is Paige Clarke from St. John, Ryan Hunter from St. Croix, and Scott McKenzie, Chris Murphy and Teddy Nicolosi from St. Thomas. Over 12 teams are expected for the Sea Star Team Race. 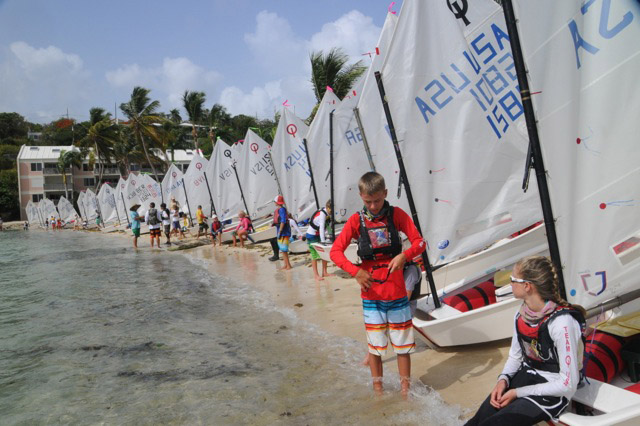 Shore side activities include an opening Parade of Nations and Welcome Party, Caribbean Night celebration that includes fire dancers, and Beachside Brunch and Awards Ceremony on June 23rd. Trophies will be awarded to the top five sailors in each fleet and top three overall. Additional trophies include the Peter Ives’ Perpetual Trophy, the Chuck Fuller Sportsmanship Award and the top female sailor. The Sea Star Perpetual Trophy will be inscribed with the names of the sailors on the winning team racing team.

This year’s event will follow an eco-friendly theme. Sailors will be encouraged to recycle all plastic water bottles, use the reusable water bottle in the goodie bag throughout the regatta, keep all lunch bags and wrapping out of the water and pick up any trash on shore and accept drinks without straws.

Photo: Optimist dinghies stretch from one side of the beach to the other in front of the St. Thomas Yacht Club. Credit: Dean Barnes