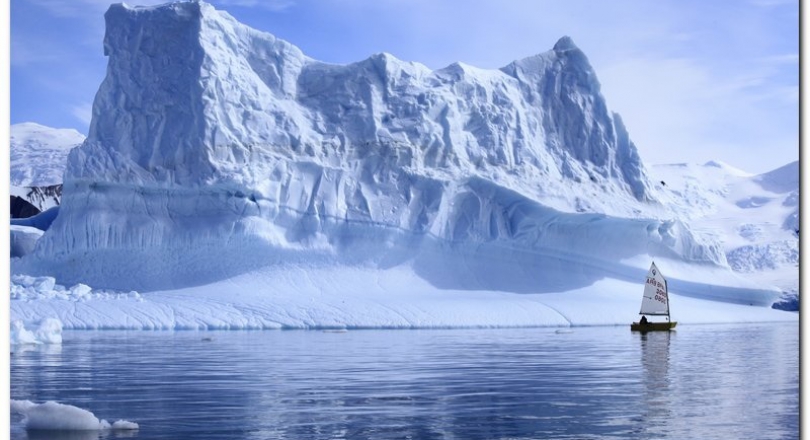 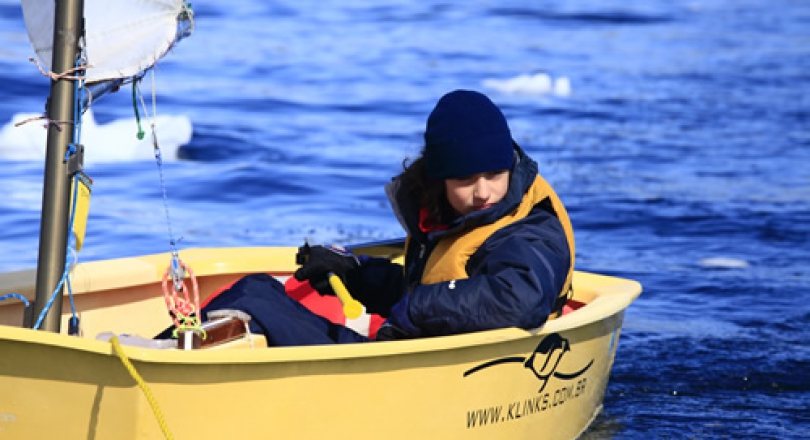 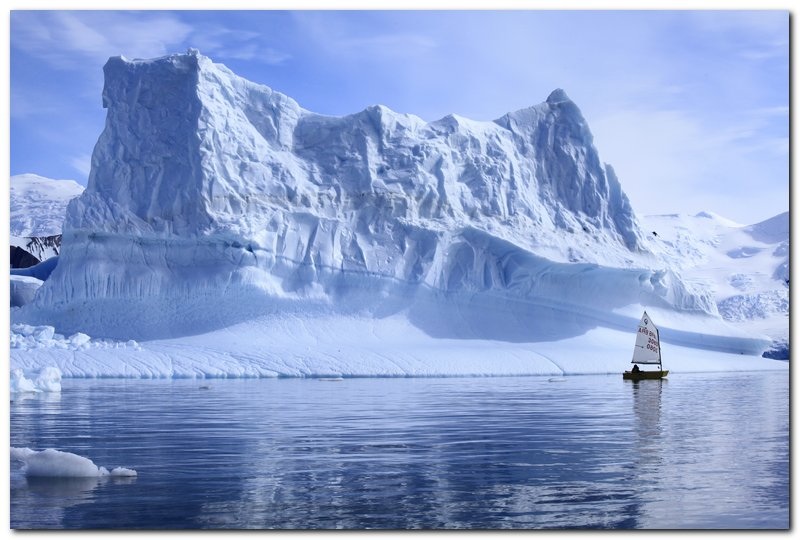 The following is an extract of an article published in Murillo Novaes' blog: Coluna do Murillo.

Our dear friend (and long time sailor) Marina Bandeira Klink, the wife of Amyr *, prepared a surprise that can surely be the envy of any sailor parent. She bought an Optimist for her daughters, who sailed it for the first time in a very special place... the Antarctic!!

"I took a present for my daughters and gave it to them at Marguerite Bay **(Southernmost point of the Antarctic Peninsula). I gave them an Optimist and yes!, they sailed Opti in Marguerite Bay!!", said the proud super-mom of the three super powerful sailors.

You know: the family that sails together remains united!!

When we (IODA) asked for permission to publish the article and the photo, Marina herself took time to write a few lines about the adventure, and sent us another photo. Thanks Marina!!

* Amyr Klink is a Brazilian sailor who has taken part in different projects connected with exploration and endurance. To name a few, in 1989 he embarked on the project "Winter in Antarctica", which included sailing solo on his boat Paratii the 27000 miles separating Antarctica from the Artic. In 1998 the project "Antártica 360" took him around the globe through the most difficult route: surrounding the frozen continent. The trip lasted 79 days in the most temperamental waters in the planet. In 1996 he crossed the Atlantic Ocean on a row boat, trip that earned him an inclusion in the Brazilian edition of the Guiness Book. In 2003/2004 he circumnavigated the South Pole again, this time in 76 days. This trip was the last one of a row of experimental journeys with the purpose of testing new building techniques and every day products made with eco-friendly materials.

Learn more about Amyr Klink and his projects visiting his website: www.amyrklink.com.br/ (In Portuguese!!)

** Marguerite Bay is an extensive bay on the west side of the Antarctic Peninsula, which is bounded on the north by Adelaide Island and on the south by Wordie Ice Shelf, George VI Sound and Alexander Island. Islands within the bay include Pourquoi Pas Island, Horseshoe Island and Lagotellerie Island. Marguerite Bay was discovered in 1909 by the French Antarctic Expedition under Dr. Jean-Baptiste Charcot, who named the bay for his wife. Coordinates: 68°30’S 068°30’W.