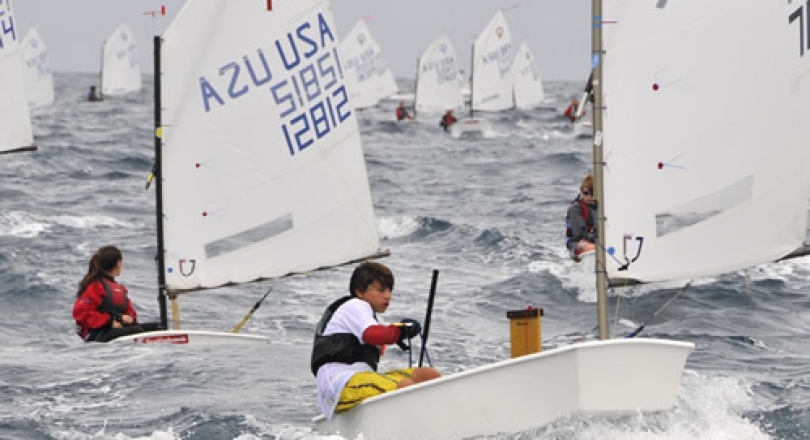 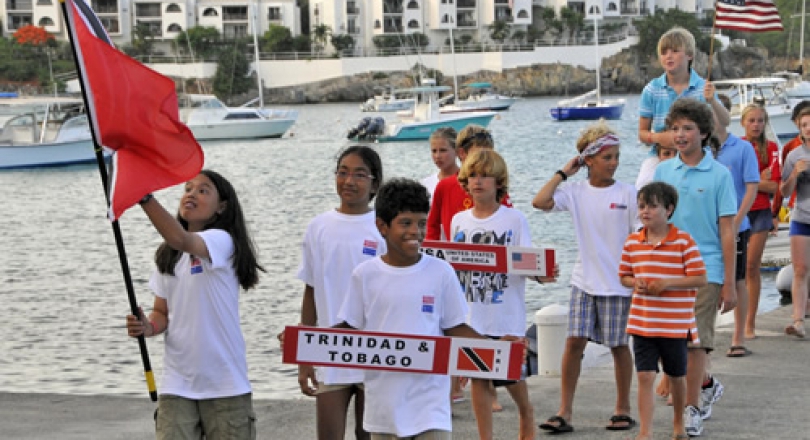 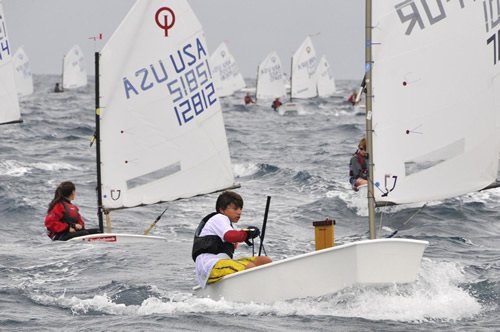 Concentration spelled success for fourteen-year-old Jorge Gonzalez, from San Juan, Puerto Rico, who won the 18th annual Scotiabank International Optimist Regatta, held out of the St. Thomas Yacht Club, U.S. Virgin Islands, June 18 to 20. "It was cold, windy and shifty and that’s what made it so important to concentrate," says Gonzalez who took the fleet lead on the second day of racing and held it when the two final races were canceled on the last day of sailing due to stormy weather.

Sailors and organizers have adopted a ‘Green’ theme this year by aligning with Sailors for the Sea and by encouraging the sailors to re-fill water bottles at water coolers provided by Seven Seas Water.

"This has dramatically cut down on plastic bottles going into the trash," says Margo Lynch, who co-directs this year’s regatta with Cindy Hackstaff and Joyce McKenzie.

Lawrence A. Aqui, vice president of Scotiabank for the U.S. and British Virgin Islands, comments, "Even though not all of the kids were up on the podium, they were all winners and should feel proud. They sailed in windy squalls and big seas and it took a lot of perseverance, determination and skill. These are the attributes that make for success in the future. We at Scotiabank are proud to sponsor this regatta and look forward to doing so again next year." 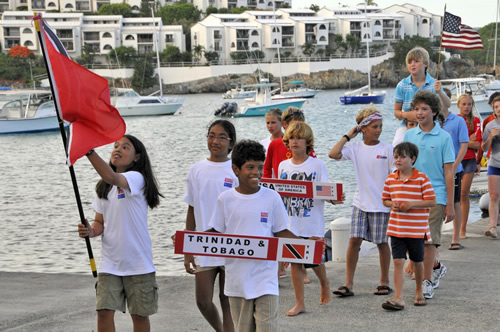 Ten teams of four sailors each took to the seas off St. Thomas’ east end today to compete in the 2010 Sea Star Team Racing Championships. After eight races, it was Team M, made up of sailors from Texas and Florida, which emerged victorious. Long Island Sound Optimist Team 1, from New York, and West Side, from California, finished, second and third, respectively in the Sea Star Team Racing Championships