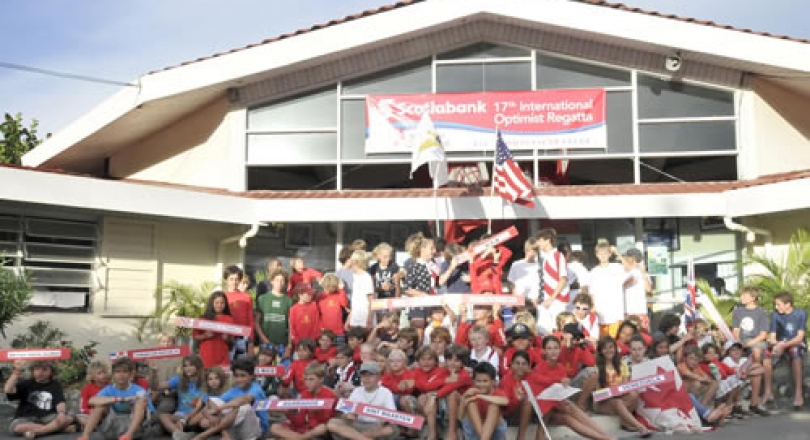 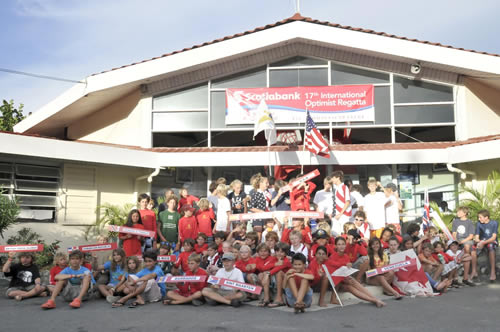 Thirteen teams took to the seas off St. Thomas' east end to compete in the 2009 Sea Star Team Racing Championships. At the end of the day, it was Team U.S. Virgin Islands (USVI) that emerged victorious.

The 17th Annual Scotiabank International Optimist Regatta gets underway tomorrow. Eighty-one junior sailors ranging in age from 7 to 15 years of age will compete in the three-day regatta that ends Sunday.

"Sailing offers many life-lessons that will serve young people well and can make them better members of our community. The sport teaches, focus, discipline, self-reliance and respect for the environment. It encourages youngsters to push themselves beyond their comfort zone and leads to the pursuit of excellence," says Lawrence A. Aqui, vice president, Scotiabank, U.S. and British Virgin Islands. "These are all the qualities that Scotiabank values and promotes. We are proud to again be the Title Sponsor for the Scotiabank International Optimist Regatta."