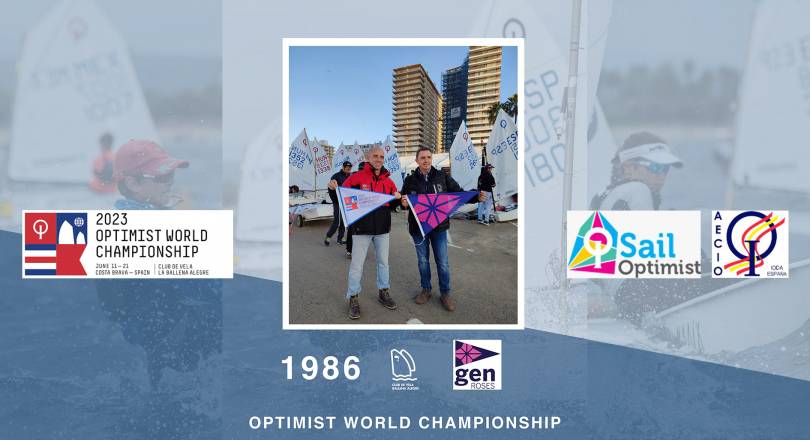 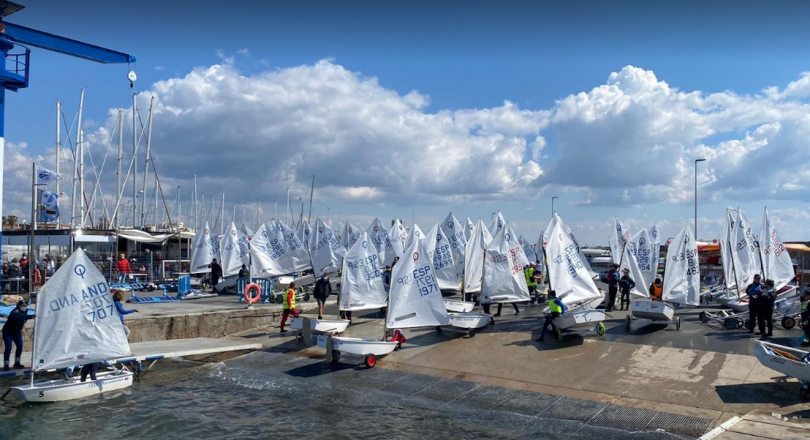 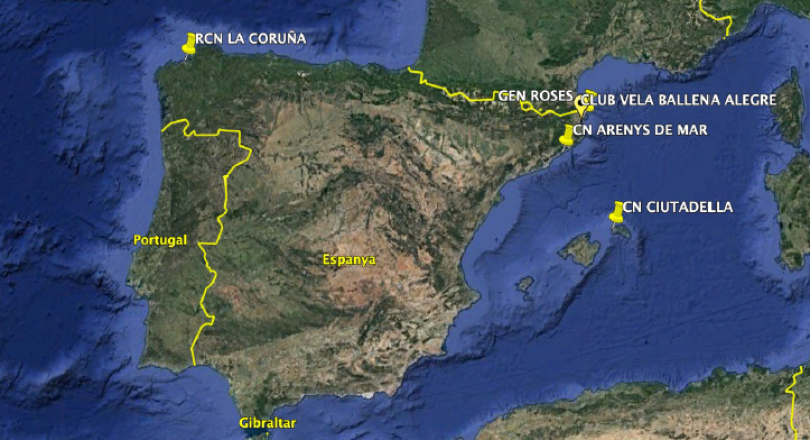 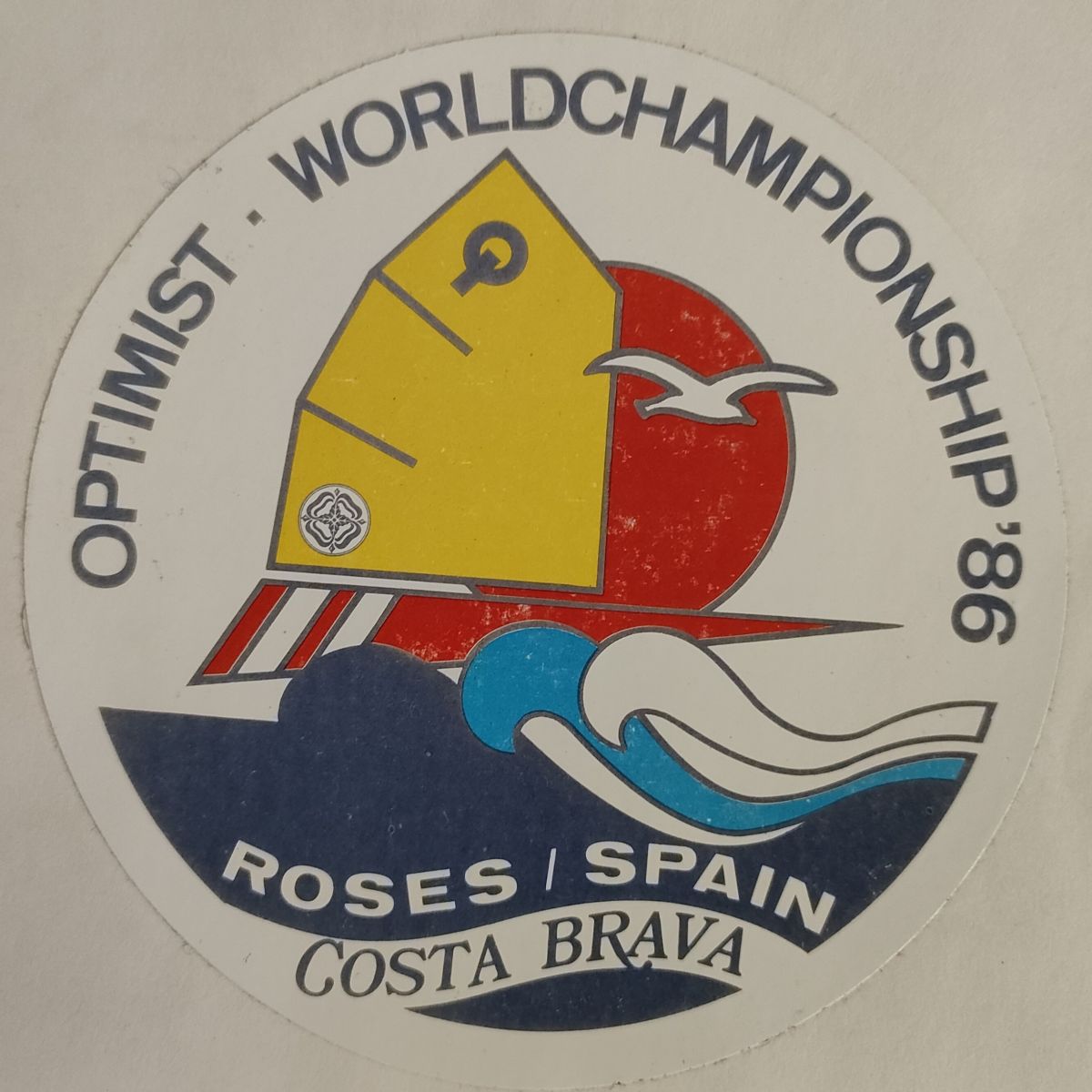 The ‘Pennant Campaign’ involves a past host club exchanging their club pennant with the one created for the 2023 World Championship.  They will all be on display at the venue next year.

The second Optimist World Championship that took place in Spain was in 1986, hosted by the GEN Roses (Grup d’sports Nautics de Roses) in Girona, Spain.

In 1986, Spain dominated the world championship taking the gold and silver as well as the top sailing nation winning the Nations Cup.

Located on the beautiful Badia de Roses in northern Spain, close to the Spain and France border, GEN Roses is a club where today you can learn and practice a variety of water sports, such as sailing, windsurfing, rowing, scuba diving, sport fishing, swimming and motorboating, among others. They have a very active sailing and windsurfing summer camp programs during July and August. Here is their website. http://www.genroses.cat/?q=node/303

GEN Roses continues to host Optimist events each year.  The N3 Optimist Championship is taking place April 30 to May 1st.   They will also be hosting the Catalonia Team Championship on June 11th and 12th.

IODA is looking forward to coming back to Spain to celebrate our 50th Anniversary as an International Class and 60th Anniversary of the Optimist World Championship.

We invite members of the GEN Roses Club to come to the Club Vela Ballena Alegre next hear as we celebrate together the success of the Optimist Class in Spain and around the globe.

We are confident that the organizers will host a very successful and memorable 2023 Optimist World Championship and we look forward to continuing to share the ‘Pennant Campaign’ with all our members and Optimist sailors and their families around the world.