News OptiOrange Valencia 2020 Went Down to the Wire 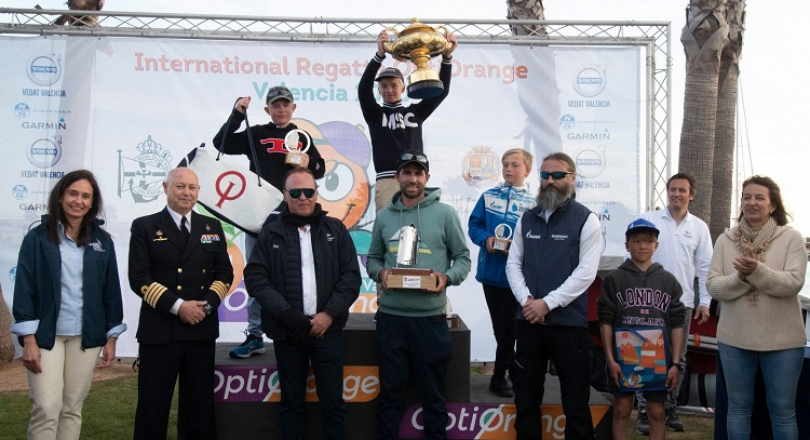 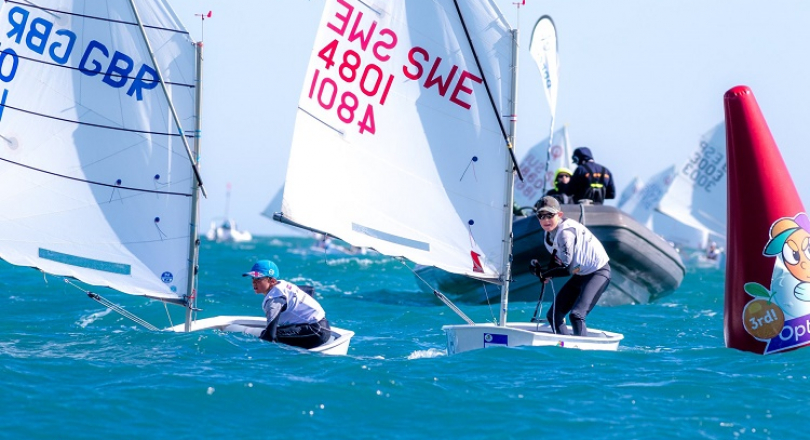 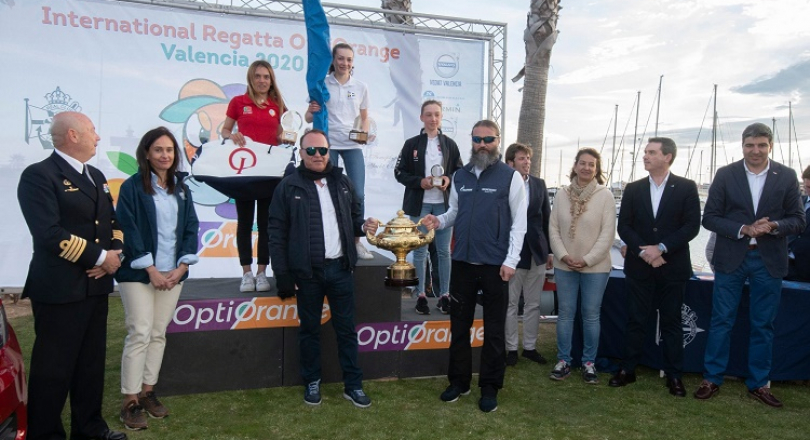 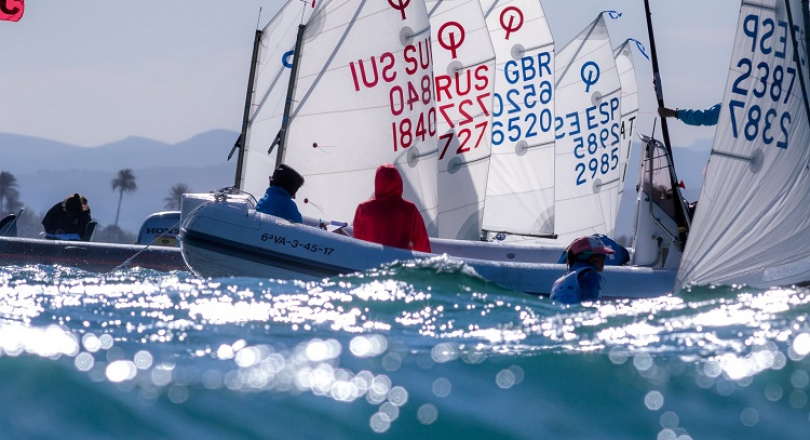 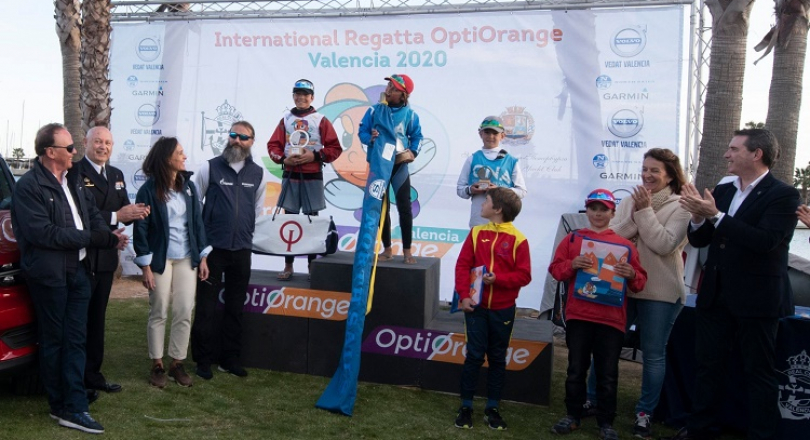 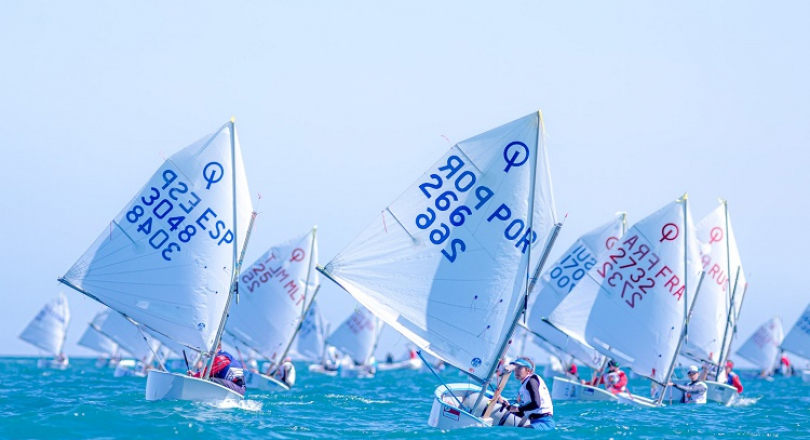 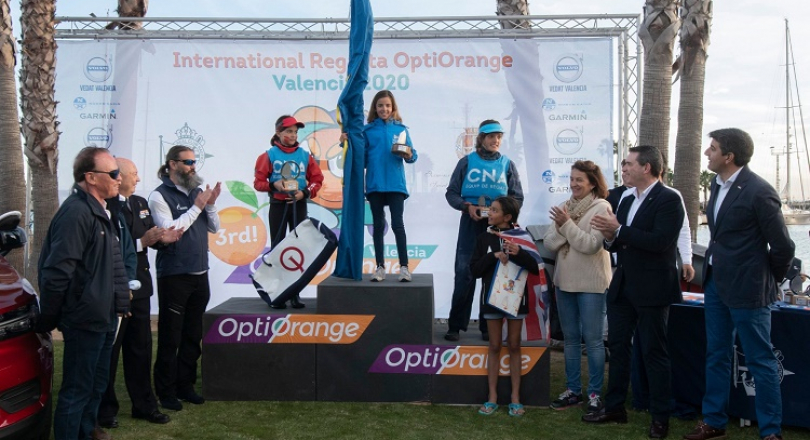 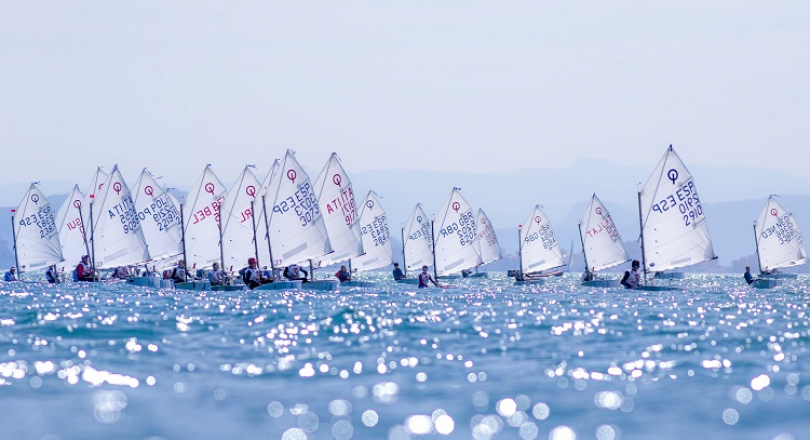 On 8th March the third edition of the OptiOrange Valencia ended in style with three races for the gold fleet and two for silver and bronze fleets that were held in shifty light winds. As usual, the new day brought up new leaders and the medals were decided only in the last race.

OptiOrange Valencia 2020 every day treated the 345-strong fleet from 27 countries with new set of conditions. Not surprisingly, that each day produced new leaders and the game was wide open before the very last start. Given the last day, races were the lightest in terms of wind only the best all-round performance were able to achieve their goals.

The Swiss competitor Marie Mazuay is good example. She had won the only race of the first day on 6th March in strong winds and managed to maintain leading position through the 7 races held. On the decisive day where many have lost their places, we filed two top-5 finishes in the three races. Given such a consistency, the Versoix sailor deserved her gold.

Not that consistent was Portuguese Julia Cardoso. She started well but dropped a bit in the middle of the regatta. Nevertheless, Julia managed to focus on decisive last races after finished gravely 72 (later dropped) in the first race today. With 3 and 7 results after she returned to grab the silver in girls’ scoring.

Less lucky was polish Paulina Rutkowska from Gdynia who dropped from second to third due to frustrating last day races after enjoying some top-class racing days before.

Even more fierce competition was seen in the male fleet. A true disappointing day was for Russian leader Kirill Shunenkov who lost his bronze in the last race and dropped to 7th overall. Instead of him the medal went to his teammate from the St.Petersburg YC Nikita Chernykh who tried hard to maintain top-10 finished through the whole regatta.

The same story seen with overnight leaders Santyago Sesto-Cosby from the UK and Brittany sailor Tom Goron. Both shared the first overall yesterday and failed to protect their gains, as there were obviously controlling each other. Although Santi ended the regatta in style winning the last race. Anyway, his performance is outstanding with three bullets and two top-5 finishes in seven races.

Surprisingly OptiOrange Valencia 2020 silver and gold medals were snatched by Malmo-raised and Simone Ricci-trained Swedish Leo Birgersson and Philip Bjorkmann. Starting in the top-20, pre race favorite Leo focused on the last races and managed to climb from 13th overnight to second overall. His teammate did not disappoint his titled mentor by moving from third to overall winner’s position.

In the cadet fleet the fight was hot no matter of young age. As it was expected, the CN Arenal collected several medals. Among the girls Mallorcan Martina Gomila and Neus Fernandes took bronze and silver. Their teammates were even more successful in the boys’ scoring where Martinez Terraza took bronze and Hugo Pascal gained gold overcoming all-days leader Tim Lubat from d'Andratx who took silver medal.

In the girls’ fleet winner was local Blanca Ferrando from RCNV who outperformed previous leader Lila Edwards from the UK dropped to silver fleet.

Traditionally OptiOrange Valencia is not only about racing. The guests were treated with free meals after the racing and tons of prizes were drawn including some Rooster stuff, a new BlueBlue boat and a centerboard provided by race partner Sailing Cuack.

At the prize giving ceremony RCNV President Alezandro Fliqueto and co-hosting SPBYC club’s commodore Vladimir Liubomirov addressed the guests. Both stressed quick raise of the OptiOrange Valencia from simple training initiative with 60 sailors in 2018 to 350 competitors in 2019. Both co-hosting clubs’ heads invited everybody to defend their titles in the next 2021 edition.

The European Vice-President of the IODA Carmen Casco underlined importance of such events to general promotion of sailing and thanked the clubs’ stuff and volunteers for staging wonderful event.