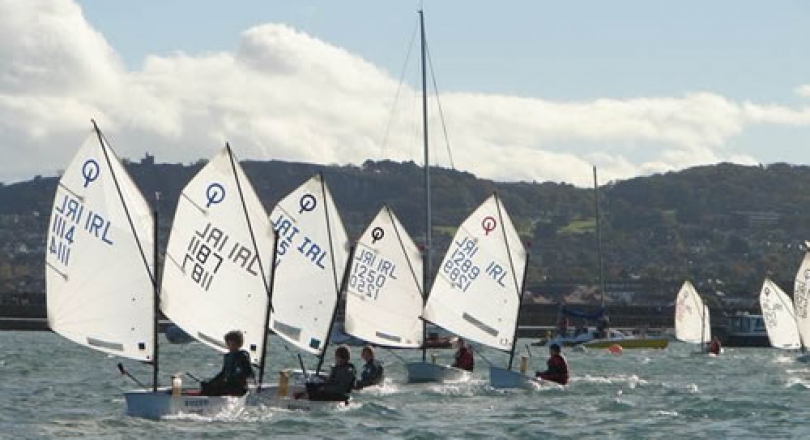 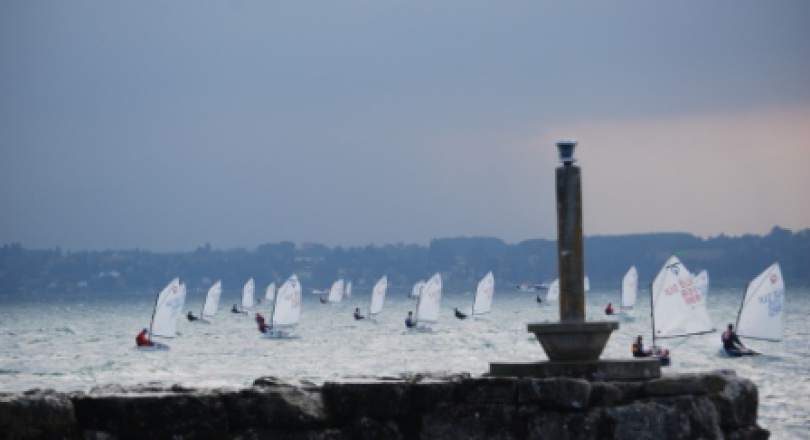 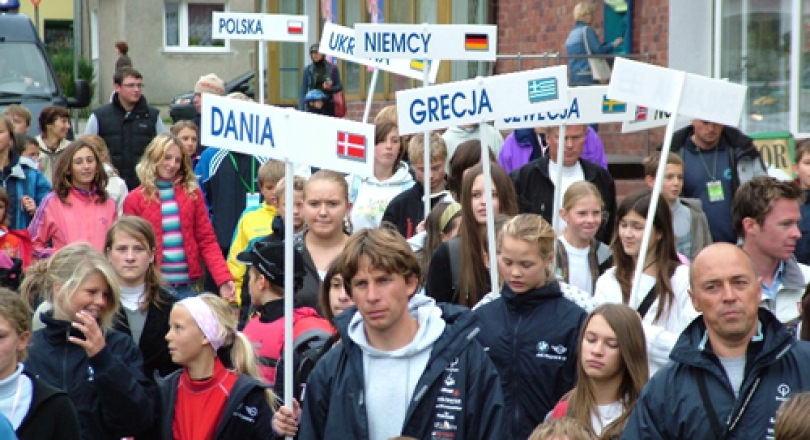 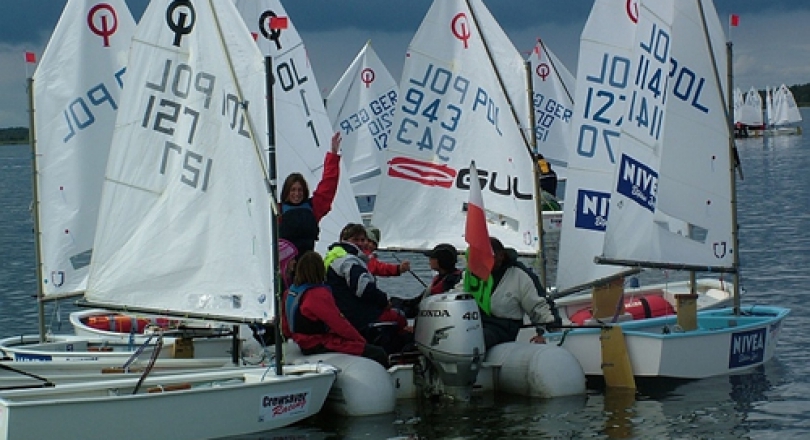 The UK, Irish, Canadian and Danish Nationals were followed in September by the Swiss, Polish and Belgian Championships. In all, around 600 sailors from at least 17 countries participated.

Held at Largs, in Scotland, from August 8 to 14, it attracted 254 sailors from UK, USA, Spain, Ireland, Netherlands, United Arab Emirates and France. 12 races were sailed in a variety of wind and weather conditions: from 5 to 18 knots gusting 20 and from sunny Florida state like weather to heavy rain and dark gray skies. 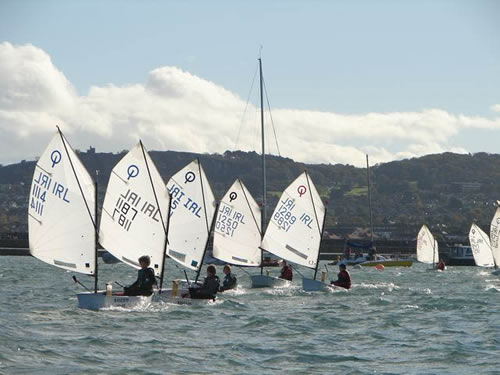 (Extract from a report by Thomas Chaix on the IODAI website )

The Irish Nationals 2009 delivered great racing to conclude an excellent season for the Irish optimist class. The Royal St.George YC and it's team of volunteers made it an event to remember with a full series of 12 races for the juniors and only one race short in the seniors in mainly big breeze and great entertainment ashore for the kids (and parents).

With 178 main fleet sailors entered and visitors from India, Australia, the UK and the USA, it is showing the increasing attraction for the class in Ireland. So well done to all involved, ISA, IODAI, clubs, parents and of course the sailors themselves.

(Extract from an article published on the National Association website )

Sailed in light to variable wind conditions, some tidal current and pleasant temperatures, 10 races were sailed over 4 days with Meredith winning 4 races and Zac winning 3.

Congratulations to all who attended and especially visitors from New Zealand, Bermuda and the United States. 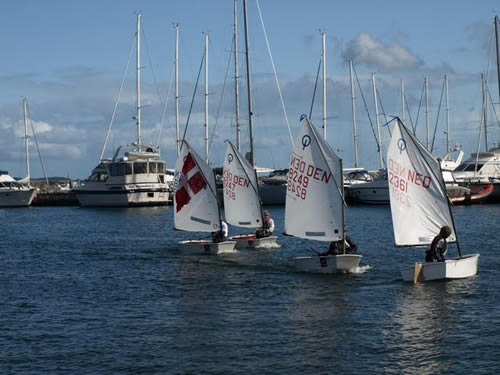 The event was organised by Sailing Aarhus and consisted of seven races with one discard. 129 sailors from Denmark were joined by 13 competitors from the Netherlands and Germany.

Christian Rost from Ega Sejlklub won two races, got three seconds, one fifth and a fifteenth that he discarded to obtain a total of 13 net points. Following closely behind was Frederik Nygaard from Dragor Sejlklub who won four of the races but was not so consistent as Christian and with a fifth, a seventh and a nineteenth in the remaining three races, he accumulated 16 net points. Frederik Rask from Kerteminde was third, also with top ten results in the majority of the races. 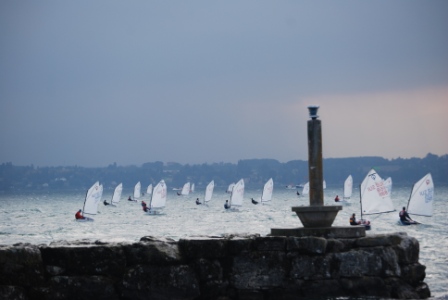 Originally scheduled to take place in Lake Constance in April, the lack of wind forced the National Association to postpone the event and organise it in September at another venue. This time held by the Club Nautique de Versoix, sailors were able to complete 10 races in 7 to 17 knot winds.

Victor Casas was no doubt THE Champion of the Swiss Nationals. With 7 bullets, 2 seconds and a DNF he accumulated only 9 points, 12 ahead of Sebastien Schneiter in second. Fabrice Rigot was third overall with all top ten races except a 20th in the first. 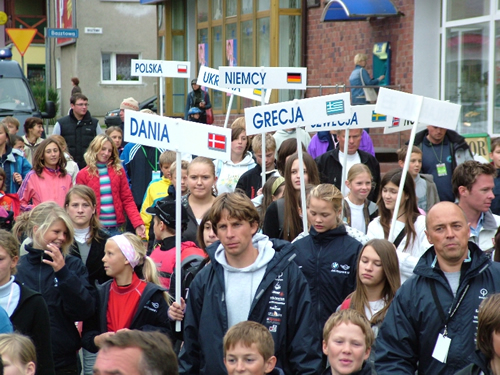 The Crewsaver Cup Open Polish Championship was Poland’s largest annual international sailing event. It attracted 201 sailors from Germany, Latvia, Lithuania, Russia, Czech Republic, Finland, Belarus, Norway and Poland. The shore venue and the racing area were the same as will be used for next year's IODA European Championship in July. 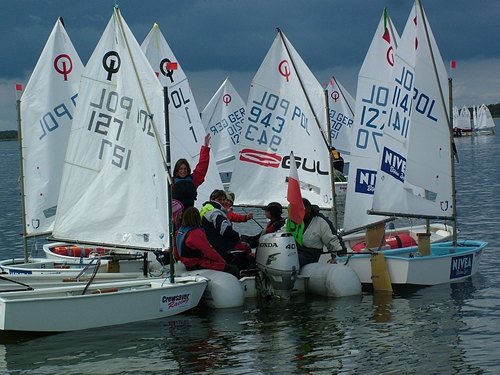 Polish sailor Ficiel Maciej won easily, finishing 6 out of 8 races in the top ten. Second and third were Severin Rothlauf and Paul Nagele respectively, both from Germany. Among the girls, Fabianne Oster got a fifth overall and became the 2009 Polish National female Champion.