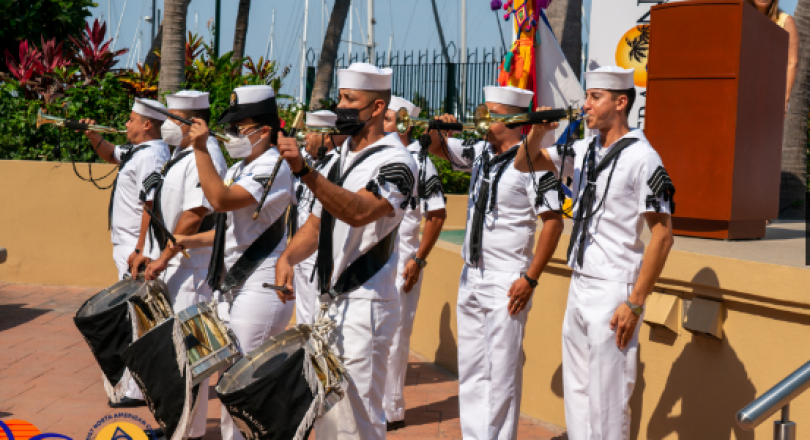 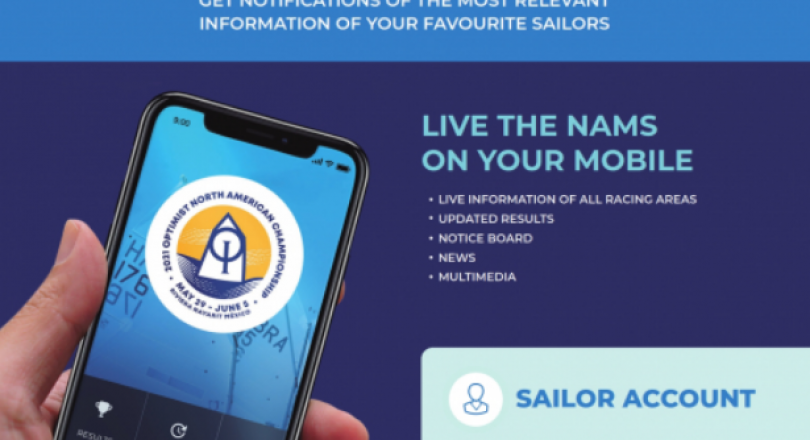 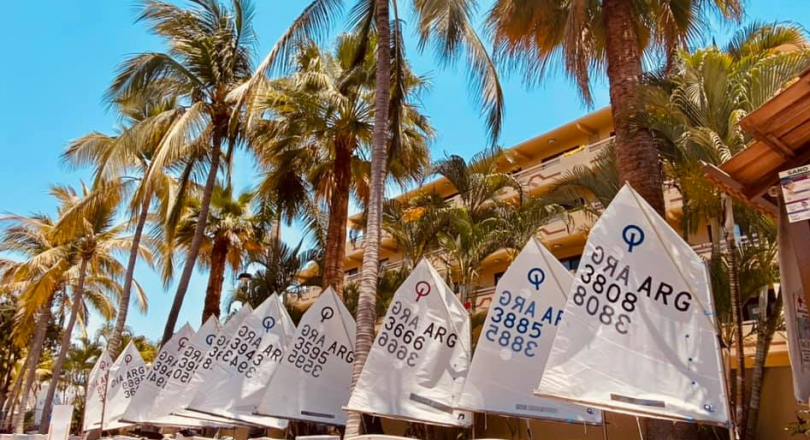 146 Team members from 12 countries gathered in the amphitheater at Paradise Village Resort, Marina and Spa to officially open the championship.

The Navy Band of Mexico opened the ceremony with the Mexican Anthem. Due to COVID mitigation protocols, one member of each team paraded from the hotel to the stage where they proudly placed the flag of their country.

Sigrid Beckmann, the IODA VP of the Americas stated in her welcome message prior to the opening, “With open arms and warm hearts, North American Championship Organizers, Volunteers, Vallarta Yacht Club, local Nayaritans, The Mexican Sailing Federation, The Mexican Optimist Sailing Class, IODA officials from many parts of the World, and Team Mexico, all welcome you to celebrate again in its beautiful bay, one of the best events in the Optimist calendar.”

She added, “A phenomenal week of sailing awaits ahead thanks to the total commitment of hundreds of people that have worked tirelessly for many months to make this possible against many odds, new and difficult challenges and so many unknowns!”

Racing starts on May 31st with two days of fleet racing in the qualifying series followed by one day of Team Racing and then two days of the Final Series. The championship will conclude on Friday, June 4th at the closing ceremony.

To get up-to-date information on the championmship,  go to the Event Microsite found here for daily news including the results each day.

Also follow the action on your smart phone by using the IODA Mobile App. It can be download for free from the Apple Store or Google Play. 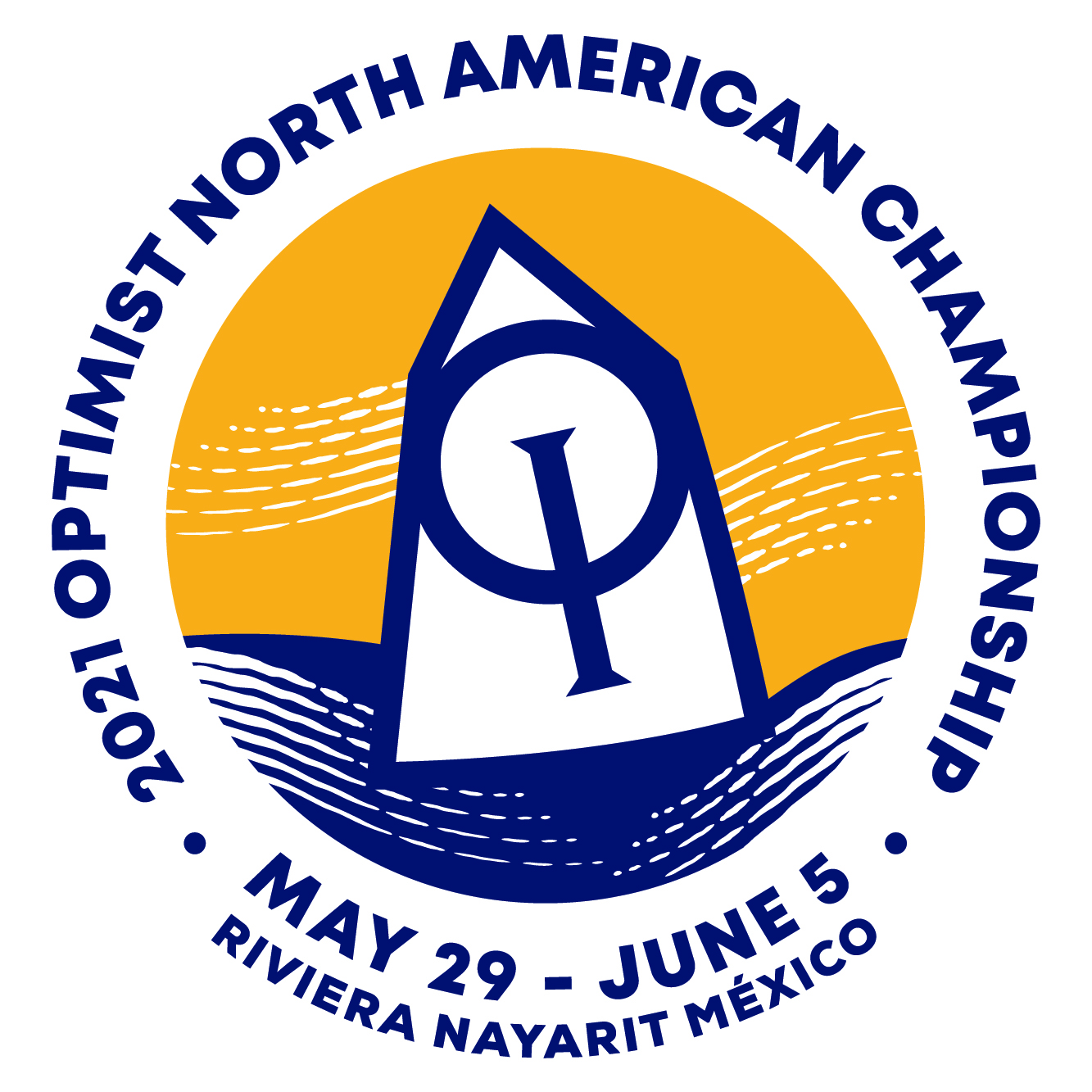