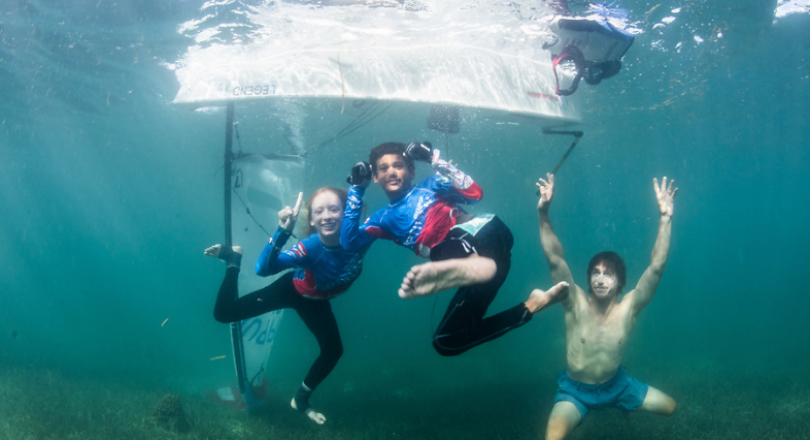 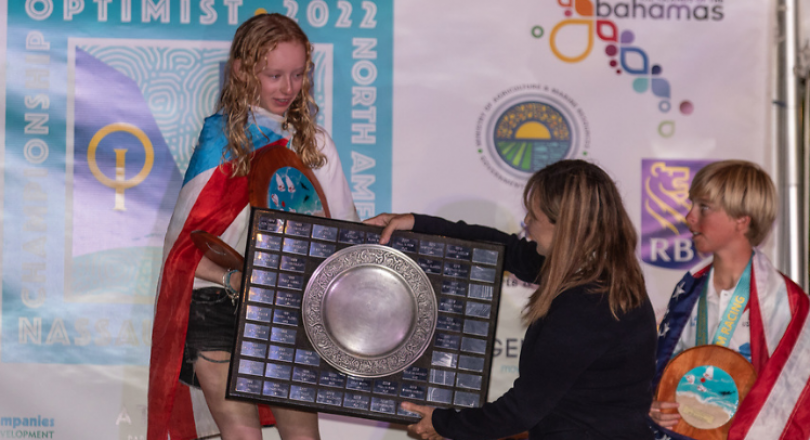 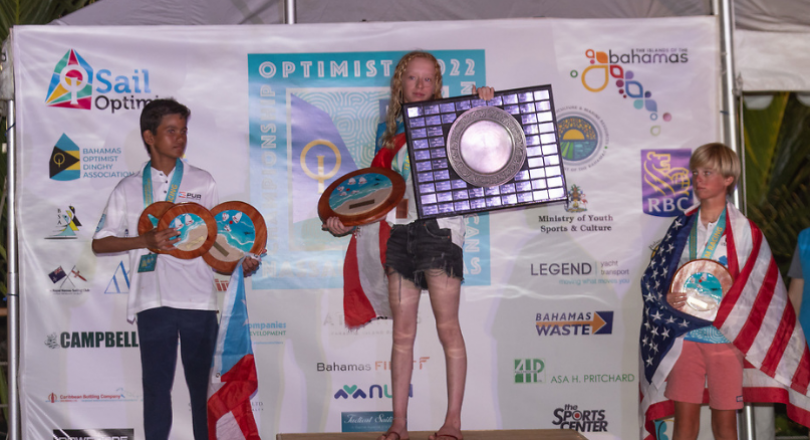 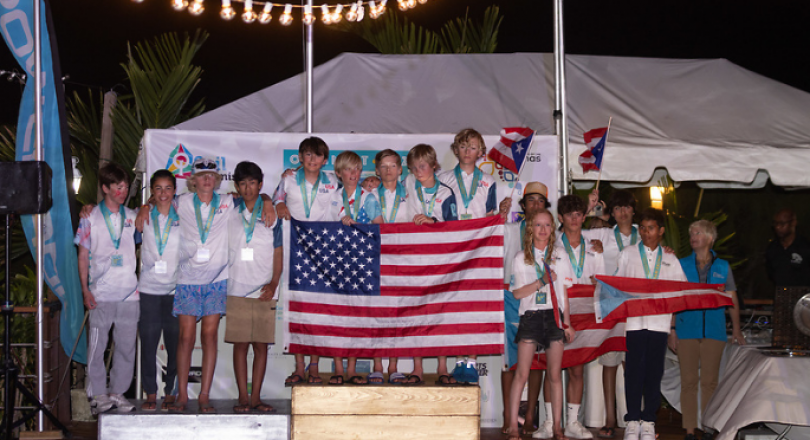 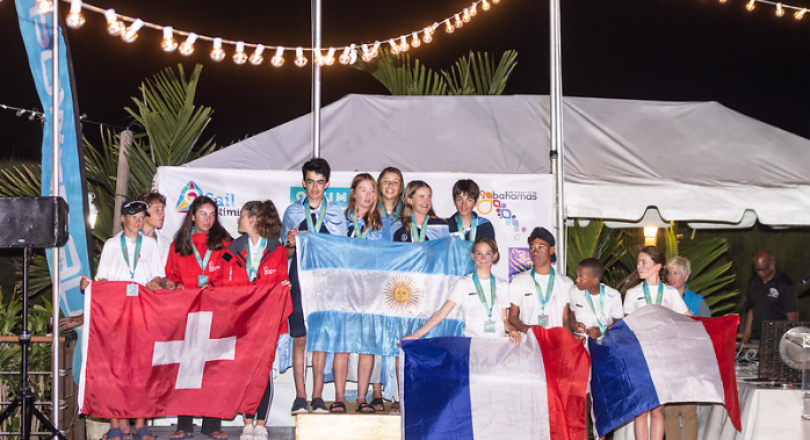 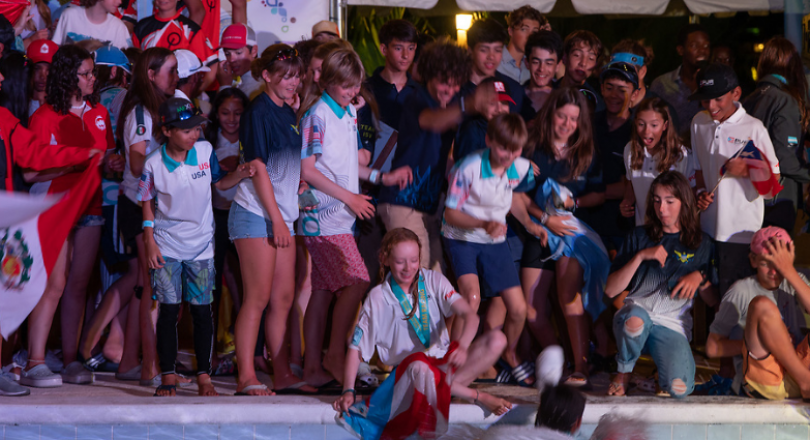 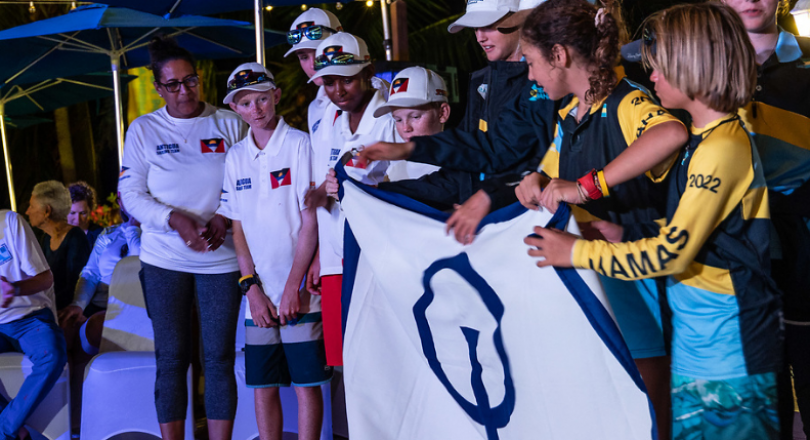 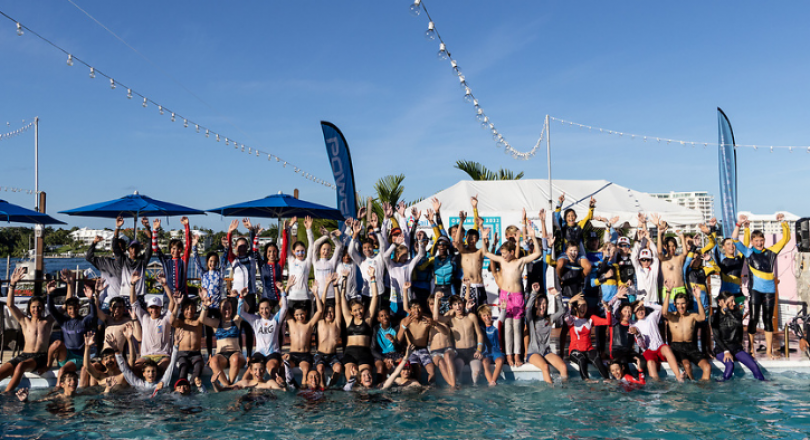 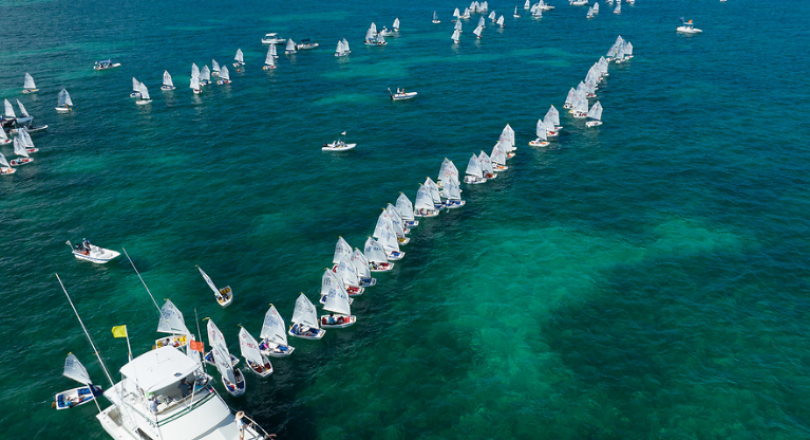 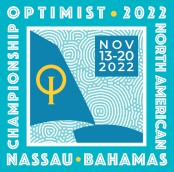 The 2022 Optimist North American Championship hosted by the Nassau Yacht Club, in Nassau, Bahamas has come to a spectacular conclusion.

155 sailors from 14 nations from the Americas (ANT, ARG, BAH, BER, BRA, CAN, CHI, MEX, PAN, PER, PUR, USA, URU, and ISV) and from 6 international nations (BEL, FRA, GER, NED, SWE, and SUI) battled it out over 4 days of fleet racing and one day of Team Racing to close out the regatta after 10 races – 5 races in the qualification series and 5 races in the final series.

Puerto Rico and the USA dominated the top 10 positions overall.  The top two podium positions were teammates from Puerto Rico.

Isabella Calzadilla-Allora, sailed a consistent series to finish 5 points ahead of her teammate to become the new 2022 Optimist North American Champion and gold medal winner.  She was also awarded the top girl in the championship.  Isabella was followed by Diego Jose Marrero-Cuevas who took the silver medal and 2nd place overall.

Third overall by just one point was Charles Julian, USA winning the bronze medal followed by Ruben Sulty, FRA by one point in fourth.  Miles Cundey, USA rounded out the top 5 positions in 5th overall. Racing for the podium was very close as there were only 4 points between 2nd and 5th overall.

Rounding out the top ten were Felipe Strassburger, BRA in 9th overall and Duffy Macaulay, USA in 10th.

In 12th overall and 3rd girl at the championship was Anna Ulmer from the USA.

The 2022 Optimist North American Team Racing Championship was held midway through the championship.  Only nations from North America competed for the title. Other nations in attendance competed in the Nations Cup.

14 Teams raced in the North American Team Racing Championship. After 6 flights, it was Team USA 1 and Team USA 2 who battled it out in the final sail off with Team USA1 coming out on top taking the gold medal. Team USA 2 took the silver medal.  Team PUR 1 lost in the semi-finals against Team USA 2, to take the bronze medal.

In the Nations Cup, 8 teams challenged for the title. After a qualifying round, semi-finals and finals, it was Team ARG 1 that came out on top to take the gold medal with Team SUI 1 taking the silver.  Team FRA 1 lost the semi-final to take the bronze medal.

Not only was it fun week of Optimist racing, but staying at the Atlantis Resort multiplied the fun-factor several times to make the 2022 Optimist North American Championship an incredible experience that will be remembered always.

Many thanks to the Nassau Yacht Club, the Organizing Committee, and the many volunteers who worked tirelessly to make this event a success!

To see all the images and other news items, go to the Event Microsite here.