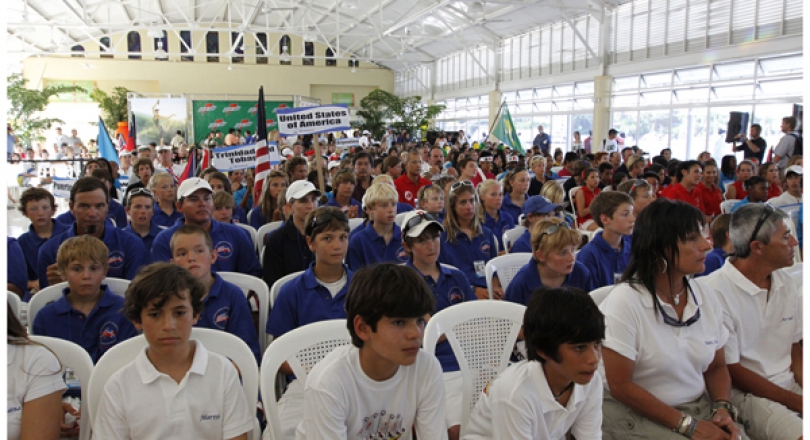 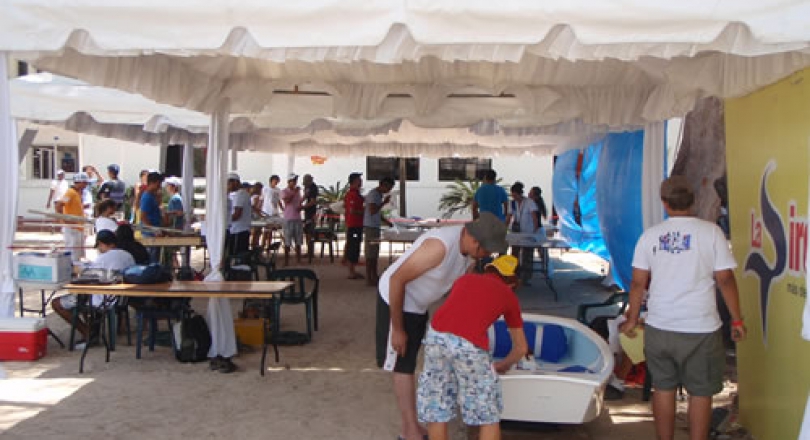 More on the races and the event tomorrow.

The team racing took place yesterday with the racing area just in front of the beach. A lot of Opti fans gathered there to have a close view to the matches and encourage their teams.

Netherlands Antilles, Bermuda, Chile and Argentina arrived at the semifinals with one race lost while Peru, who hadn't lost any race, waited for the winner of the stage, who would become their contender at the finals. Of the three races in the Sail Off, the first one was won by Argentina and the second by Peru. Before the grand finale, the wind dropped and changed direction so the race committee was forced to change the course. Finally, Peru was faster in the light wind conditions and managed to overtake the Argentinian team.

Three races were sailed yesterday in perfect sailing conditions. The wind blowed at 10 knots in the first race and increased up to nearly 15 in the last race. The swell was important, with some waves reaching 2 metres heigh.

Isabele Caldeira from Brasil was the first sailor to score a bullet in the championship. She led the fleet since the very beginning of race 1A and, although the second and third sailors got closer as she approached the finishing line, she managed to be the first to cross it.

Christopher and Duncan Williford, twin brothers from USA, were the other two sailors with first place in Race 1.

After the first start of the second race, buoy #2 was found adrift but the Race Committee did an excellent job and anchored the new mark only a few minutes after the incident. The three flights of Race 2 ran smoothly with no consequences due to the inconvenience. Winners in each flight were Axel Sly (who had just won the Scotiabank Regatta in USVI), local sailor Rodrigo Delgado and Just van Aanholt from Curaçao.

The third and last race of the day was sailed in bigger waves and stronger breeze but all the sailors handled the boat skillfuly. Christopher Williford won his second race while Curaçao was again at the top of the fleet, this time represented by Eugene Hendrikx. Bermudian sailor Owen Siese came first in Race 3C.

All the teams are already here and the championship officially started yesterday with the celebration of the Opening Ceremony. The first three races of the regatta are expected to be held tomorrow, and the steady breeze anticipates great sailing conditions. 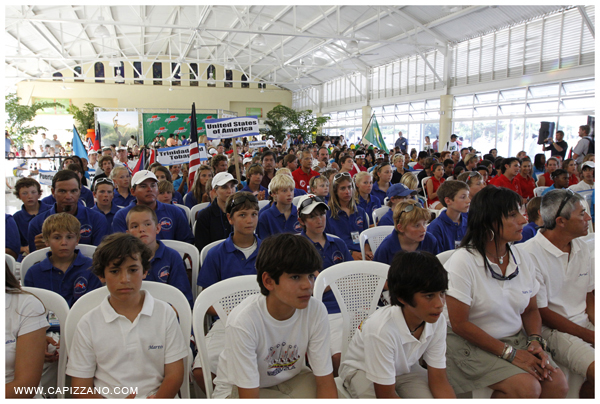 More pics about the opening ceremony at www.capizzano.com

The activities have been intense in the measurement tent for the last three days and all the boats have been inspected. Later today the fleet will be divided in groups and each sailor will be allocated a division. 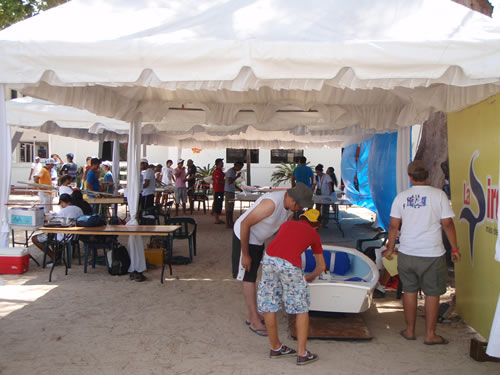 Only two days are left to the start of the IODA North American Championship!

22 countries, from five continents, (North and South America, Europe, Oceania and Asia) will be represented from June 30 until July 8, by 198 sailors.

Many teams are already in Republica Dominicana, (some since last Thursday) enjoying the sun and the wonderful breeze. The beach, right in front of the venue, was really crowded on Sunday afternoon, everybody amazed at seeing the young sailors and their boats. The wind had been blowing at 15-18 knots but today it decreased to 8-9 knots. Good enough still!

Keep updated! Visit this website frequently as we will be posting day-to-day reports about the event.