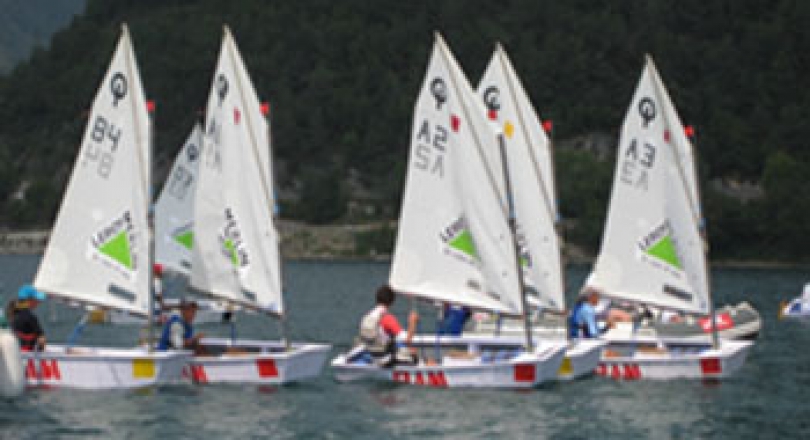 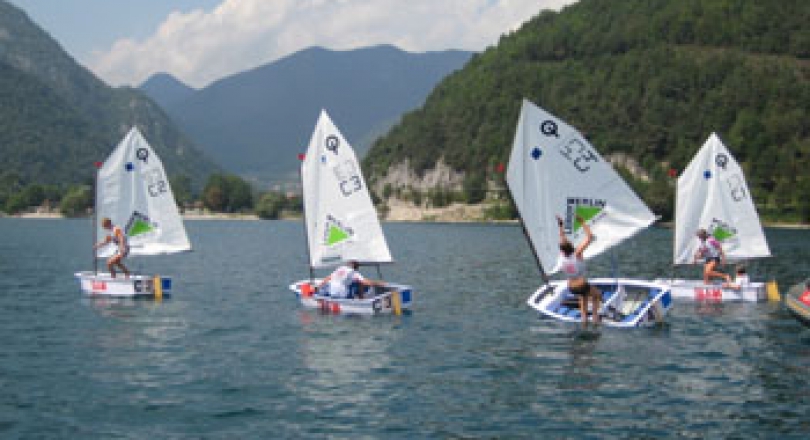 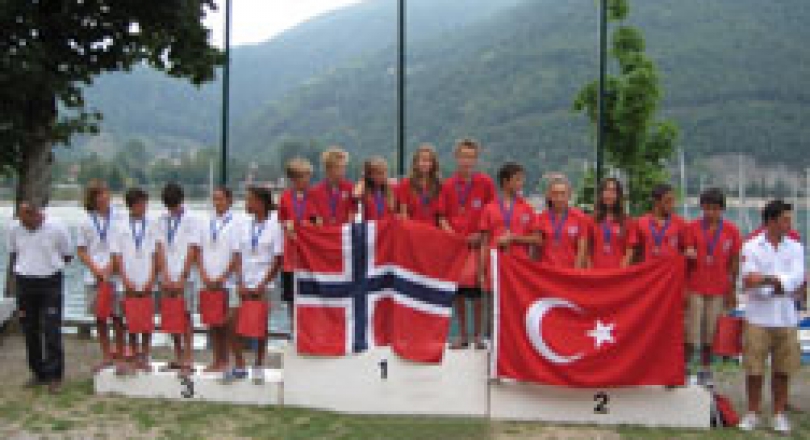 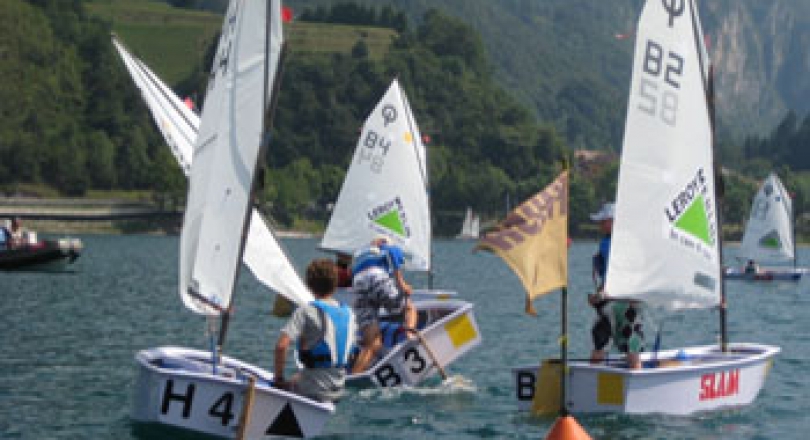 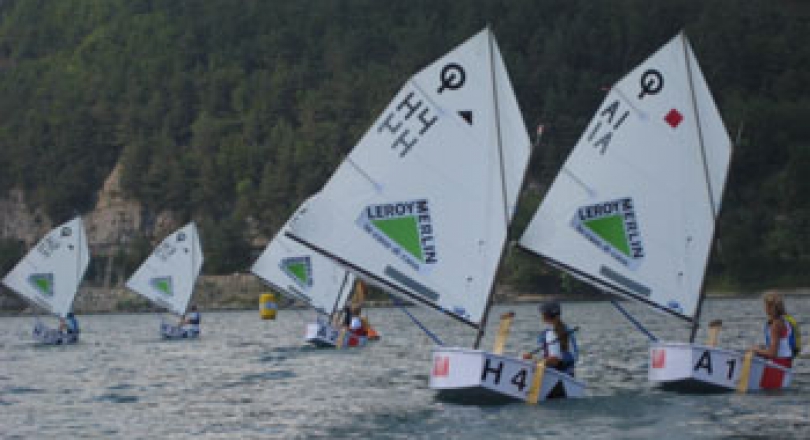 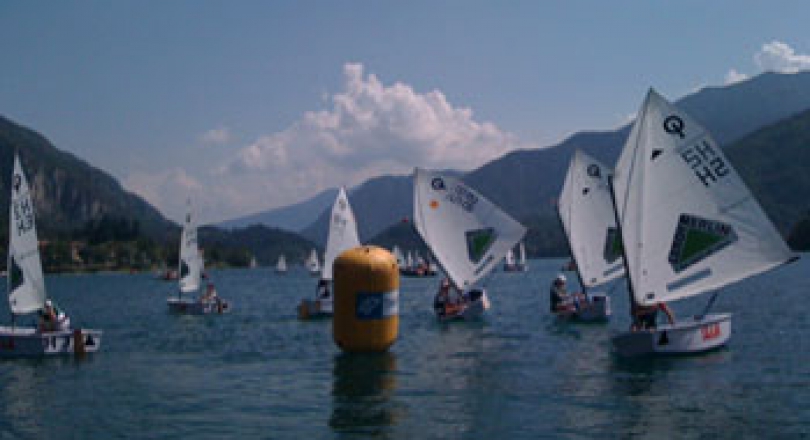 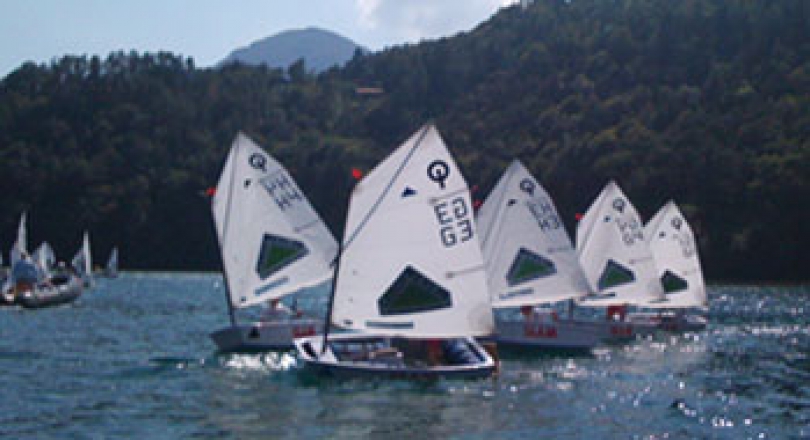 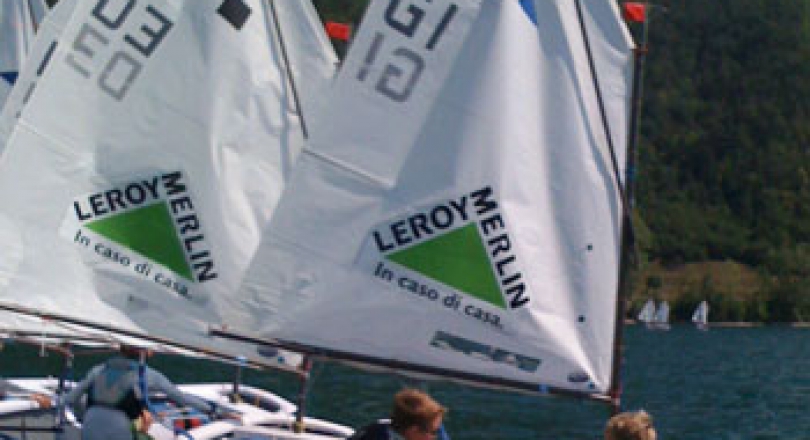 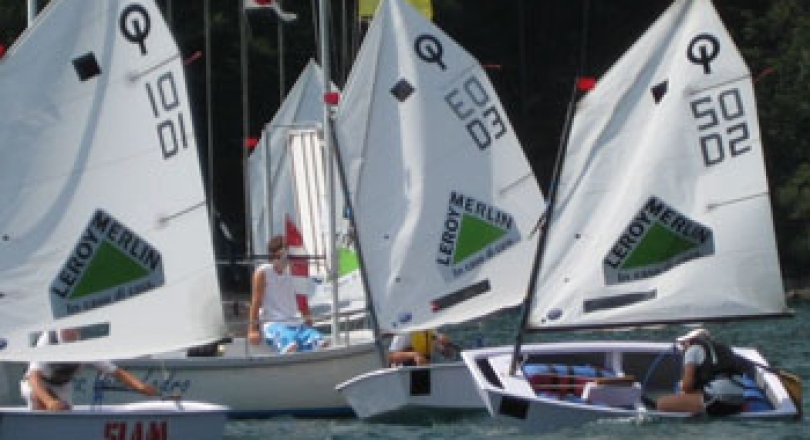 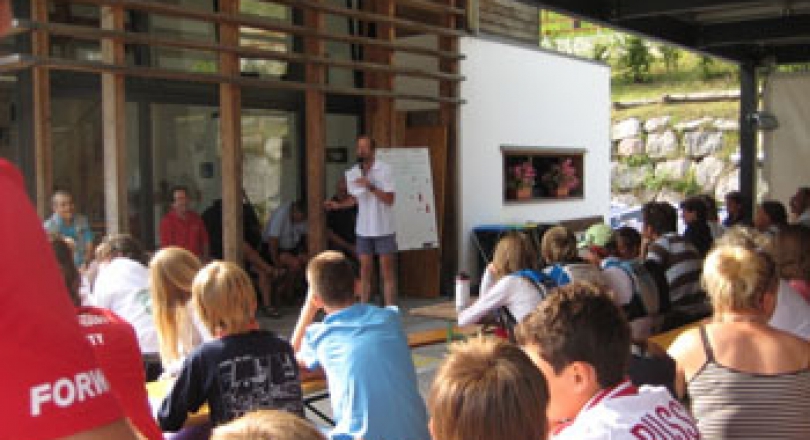 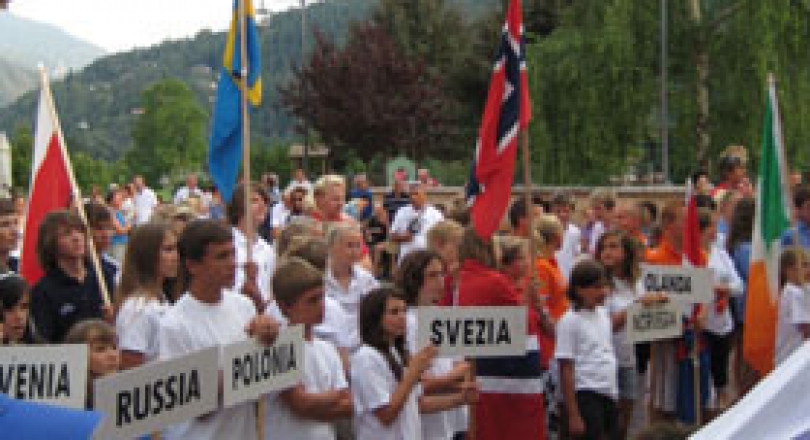 Today saw the end of an incredible championship. The winners may have received medals but here all the sailors were winners. They arrived with good team racing skills but after 4 days of morning clinics from Chris Atkins and nearly 130 races, everyone has learnt new skills and have become teams who can hold their own in any Optimist team racing championship in the world.

The day began with the semi finals, Russia sailing Turkey and Italy against Norway. Russia had only lost one race before today and had become the event favourites but Turkey were a team who had improved throughout the event and so this was considered as perhaps the closest semi final.

Italy and Norway finished first and third last year so have much to prove. 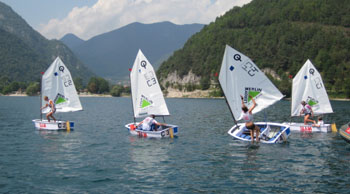 The races were close but eventually Turkey and Norway reached the Final.

The petite final was probably the hardest fought. In the first race Russia took advantage early after Italy were penalized for sculling at the start. By mark 3 Italy began to make a move by ITA 4th sailing the RUS 5th boat back into 7th. By the last mark, RUS were 1,2,7,8 but the wind had dropped a little and the fleet closed. After much active team racing Italy had the edge with 2,3,4,8.

The second race saw a sculling penalty for Russia and this time Italy had a winning combination at mark 1. However, RUS 3rd set a mark trap, pushing ITA 4th back into 6th, but it was all still too close to call. On the final beat the RUS 1st boat sailed to the finish but the leading ITA boats dropped back to help their team mates. This tactic paid off and Italy took the race.

In the final, the first race was won by Norway. The second race was very close and Turkey had a winning combination on the run. The wind however dropped and on one side of the course turned 180 degrees which resulted in the fleet being tightly bunched as they rounded the last mark. The final beat is quite short but the changes in lead were many as each team sailed the other team back or slowed them down. Finally, Norway were victorious and worthy winners of the IODA European Team Racing Championship. 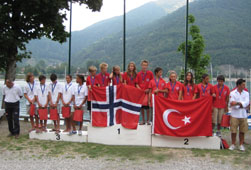 Congratulations to team Norway, Karianne Hammarstrom, Celine Herud, Peder Moyner Lund, Henrik Anders, Marcus Salterod Jonas and Coach Kristoffer Erikstad. This has been a magnificent event and the organizers, their sponsors and the many volunteers and people of Ledro have made it an event to remember. Thank you. 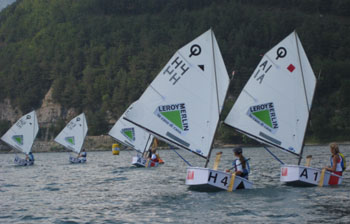 Today the Gold and Silver groups were finished and some supplementary races which meant that a second round robin has been completed.

One of the most exciting races of the day was the re-sail between Russia and Poland. For most of the race Poland had a winning combination but in the final beat, Russia showed some tactical manouvers that in the words of the chief umpire, Chris Atkins, 'had the sophistication of an adult team race'.

The race officials here have been unanimous in commenting that optimist team racing has been taken to a new level this year. The racing is no longer about the team with the most speed but about the team that knows when to slow its opponent and when to sail fast. The tips that Chris gives each morning at the briefing are being demonstrated on the water by many teams that same day.

Tomorrow will see the semi-finals and finals. There were many protests lodged tonight and this evening we are still not sure who has made the cut, it should be an exciting day to come! 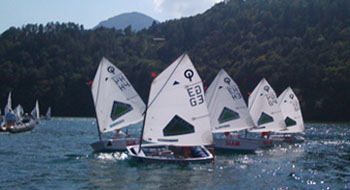 Racing began this morning in a light breeze which gradually built during the day to about 8 knots. The wind was often shifty but the race committee, led by Mario Miino, kept the courses true and the racing on schedule.

At the end of the first day, Russia and Poland are tied with 4 wins, followed by Netherlands, Italy and Norway, all on 3 wins. 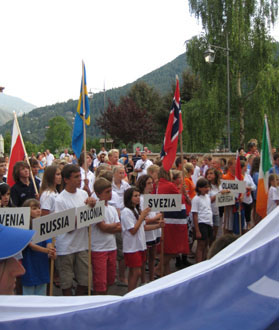 The opening ceremony of the IODA European Team Racing Championship was held in the town square tonight after the teams had paraded through the streets, here in Ledro, Italy.

Starting tomorrow, there will be 4 days of fiercely contested team racing to decide the European Champions. Teams qualified for this event by their results at the IODA European Fleet Racing Championships in Slovenia last month and current holders Italy, will be hoping to repeat their success of last year.