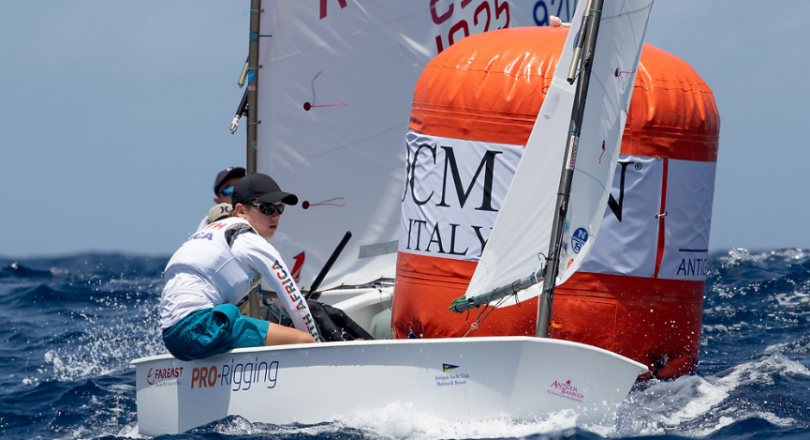 Walker was South Africa’s only representative at this year’s Optimist World Championships and did the country proud, finishing in fifth place out of 255 competitors. This result ranks as one of the top achievements for South African sailors on the international stage as the Optimist World Championships is a clear indicator of future Olympic champions. It was also a massive improvement of 36 places on his result from last year’s event in Cyprus.

The 14-year-old claimed three race wins and a second place during the week to qualify for the gold fleet. Although it was initially tough going, he managed a fourth place in the third last race to make sure he finished in fifth spot overall.

Speaking about receiving national colours, the talented teenager said: I was very proud to represent RSA at the World Championships. I was very happy to finish fifth in the world and being recognised for Protea Colours is a big green and gold cherry on the top.”

Asked about the highlight of the event in Antigua earlier this year, he added: “For sure winning the first race. I trained a lot in rough conditions, therefore I was in autopilot mode, until crossing the finish line. That’s the moment I realised I was really ready, which gave me confidence to dig deep and win two more races.

“It makes it all worthwhile for my whole family who always support me, therefore we can share this award together. I’m so thankful to a long list of wonderful people who made a huge effort to help me comply with the International Optimist regulations. “Finally, thanks to SASCOC and SA Sailing for the privilege to wear the Protea Colours Blazer proudly for sailing.”

As for what’s next, and the prospect of replicating the achievement at senior level, Walker added. “I decided to finish racing Optimists on a high after Antigua, and now race 420s with my friend. We’re enjoying the competitive team bonding and some success, which will motivate us for a few years untilready for the 49er Olympic class dinghy at senior level.

“I’m always motivated to perform another step higher, so if that day comes after focus and all the hard work training, it will be a dream come true.”