A successful edition of the Gulf Trophy came to an end last Saturday 25th of September. 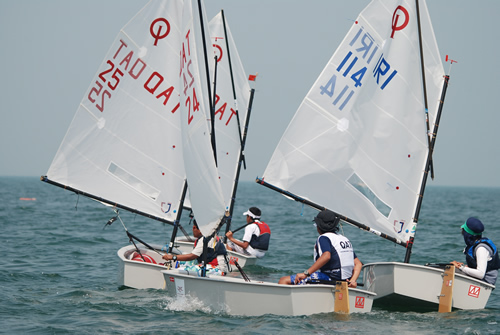 A successful edition of the Gulf Trophy came to an end last Saturday 25th of September. Hosts to the multiclass event for the 5th time, the Doha Sailing Club welcomed 15 Optimist sailors from 6 countries, including Iran and Sudan, first time attendants. Moreover, this was the first international event for the skippers from Sudan who at the end of 2009 were recipients of a "6 for 5" grant from IODA. Optimist sailing is really beginning to grow in Sudan and we congratulate them for their efforts in sending a team to Qatar. 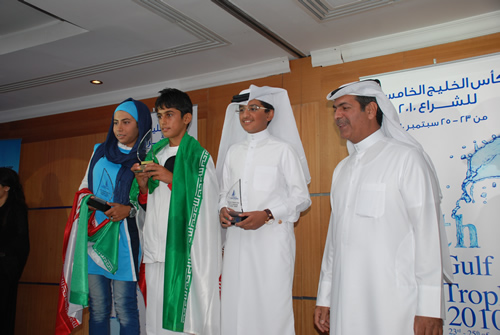 Young sailors Keivan Hassanzadeh and Fatemeh Jaffri, both from Iran, surprised everybody by finishing first and second respectively, with Fatemeh the only girl in the fleet. Keivan led the fleet from the beginning, winning 5 out of 6 races. Master Saleh Telfat of Qatar was 3rd, sailing consistently througout the races, with 4th as his worst finishing position.

All in all this was a great event. Moving forward, Qatar is planning to introduce Optimist team racing in all future international events, proof that team raceing is gaining in popularity everywhere.