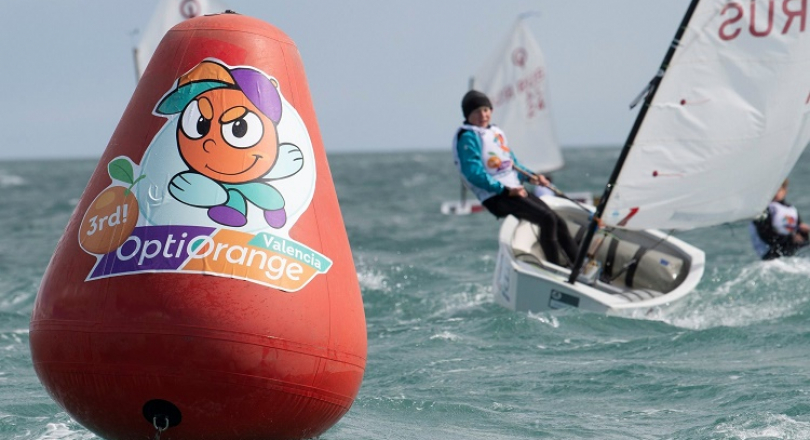 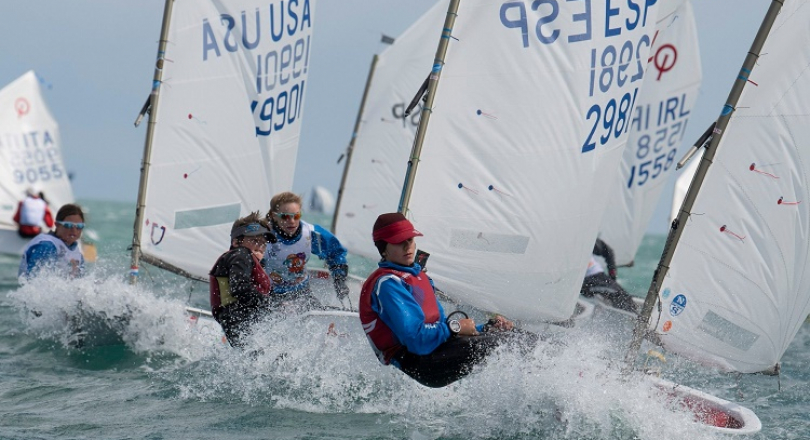 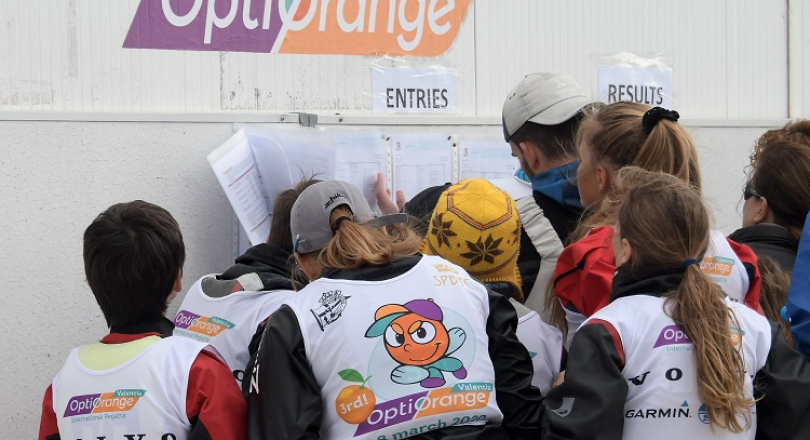 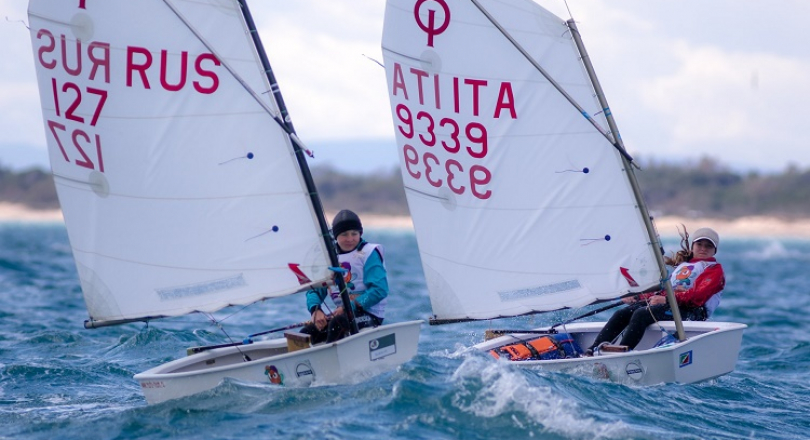 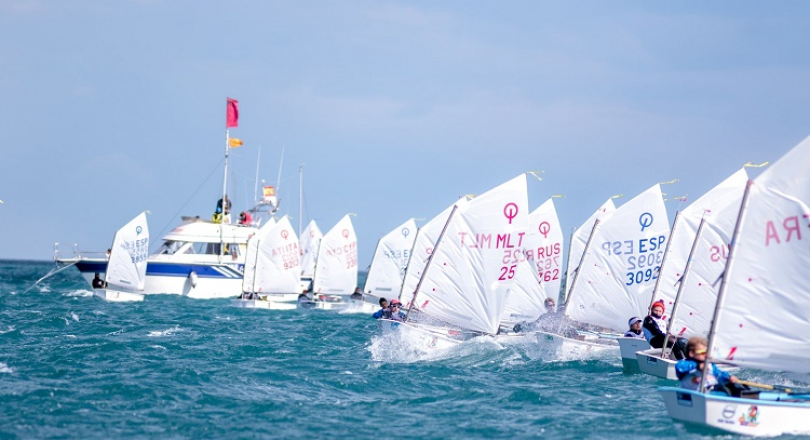 The third edition of the OptiOrange Valencia opened today, on 6th March, with the only race for all four fleets in up to 25 knots of westerly winds. Nevertheless, the strong conditions provided for high speeds, physical effort and fierce competition. All the fleets have lead changes and the results were far from predictable.

The registration list of the OptiOrange Valencia 2020 reads almost like “who is who” in the Optimist class sailing. Among 345 sailors from 27 countries, there are dozens of national champions and ranking leaders.

The Spanish Armada has teams of the best clubs and strongest sailors like national vice-champions Nora Garcia de la Casa (El Masnou) and Susana Bestart Mir (u13, RCN Palma). The Great Britain showed up with national champions Santiago Sesto-Cosby and Emma Breese together with national ranking leader Robert Mawdsley. The Irish fleet will be led by rock-star worlds’ top-10 Rocco Wright and national champion Jessica Riordan. National ranking leaders Floris Schraffordt and Thomas Schouten are representing The Netherlands. Belgian team is led by national ranking leader Boris de Wilde. One of the first-time visiting team will be French squad active in both Junior and Cadet fleets with young and talented Alizee Chinot – recent U11 winner of the Palamos Trophy and her sister Oceane Chinot, silver medalist of the Championat International d été en France. Returning Swiss team has grown at least twice and will be led by national champions Boris Hirsch, Victoria Edlinska and Morgane Mazuay.

Sweden is led by Leo Birgersson who was 13th at the 2019 Optimist Europeans. Estonia is represented by national champion Mia Lilienthal. Finland has a large crew in both Junior and Cadet groups with u13 national ranking leader Lily-Sofie Latvala. In addition, there are Latvia, Denmark and a large Polish team from the region.

Not to be missed are Hellinic sailors with Optimist Mediterranean Championship winners Emilios Max Boeros and Andriani Geogiou from Cyprus and one of the strongest Greek sailor Alexandros Ioannidis. Further Eastern Europe is represented by Czech, Bulgarian and Ukrainian sailors. There are also representatives from the USA, Canada, Germany, Portugal and even Japan.

In the yellow fleet on the last run the fight unfolded between Irish Rocco Wright and Russian Nationals’ medalist Kirill Shunenkov. «I was leading the whole race but on the last upwind I have chosen the wrong side and eventually lost to Russian” – explains Rocco Wrgiht who was in the Worlds-2019 top-10.

More dramatic the race was for the winner Kirill Shunenkov: “I had a good start but was penalized in the middle of the race. Then I found some clear air to gain more speed and one after another, I passed up to ten competitors. On the last run we were fighting with Rocco and I just made less mistakes.”

British Santiago Sesto-Cosby amazed the Green fleet leading on the second mark. However, eventually the race went to Swiss Marie Mazuay: “I think it was hard for everybody but it comes down to practice and skills. Yes this area is different from what we have in Switzerland but I tried hard and it payed off.”

More girls have given masterclass in the Blue fleet where Swiss Viktoria Jedlinska won followed by the only Portuguese competitor Julia Cardoso.

Really sad news for the Red fleet second finished Swiss champion Boris Hirsch. Onshore he was penalized 5 points for not signing the security list. In this group the winner was Belgian Boris de Wilde.

Among the u13 sailors Spanish Tim Lubat managed to finish in the top-10 of the Blue fleet and the best among the u13 girls is so far Lila Edwards from the UK.

After the races the whole OptiOrange Valencia crowd was treated with the finest paellia and prize drawing from the regatta supporters.

As for the next day the racing due to commence on midday.