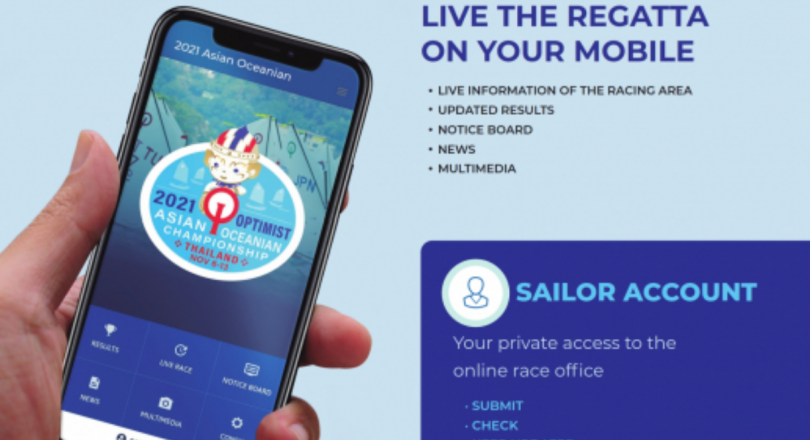 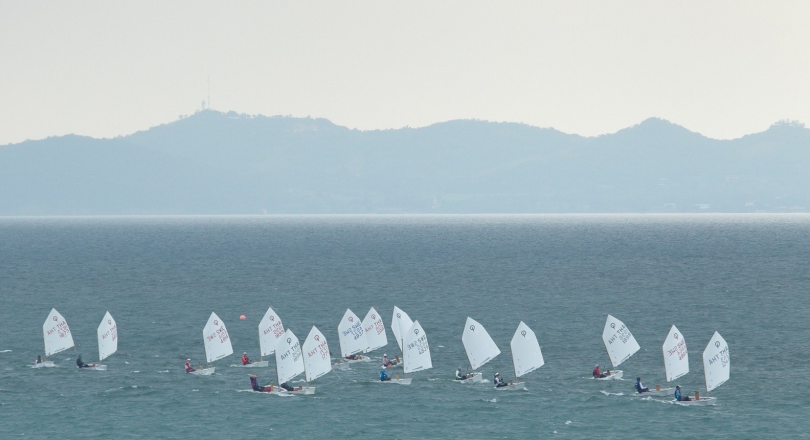 International youth sailors from eight countries have arrived in Pattaya, eager to compete in the 2021 Asian and Oceanian Optimist Championship taking place at the Royal Varuna Yacht Club (RVYC), a renowned sailing destination on the Gulf of Thailand.

Despite the ongoing pandemic, Thailand has been able to deliver on its commitment to host the event with the International Optimist Dinghy Association (IODA).

To follow the action, daily news, images, videos, and results, download the IODA APP for Free from Apple Store or Google Play.

The first international sailing event in the country since early 2020 is being held under strict organizational quarantine (OQ) from November 6-13, 2021. Sailors’ activites are restricted to their hotel, the sailing club, and the waters they will race in. Regular testing and other protocols are in place, ensuring the safest environment possible under the ‘bubble’ concept.

Among the participants are sailors from the USA and Sweden, who have already been on the water for days, getting to know local conditions. Other participants include sailors from India, Japan, Singapore and the United Arab Emirates. All competitors are keen to see how they measure up to the Thais, who are among the world’s top sailors in the youth-oriented Optimist dinghy. Meanwhile, they have been enjoying the hospitality and facilities of the RVYC, which has hosted numerous world class events in the past, including the IODA World Championships in 1979 and 2017.

The championship will be joined by 20 Thai youth sailors from various sailing clubs around the country competing to be named the best in Asia and Oceania.

Mr. Kevin Whitcraft, current President of IODA, said “I’m delighted that Thailand has been chosen as a host for this year’s Championship, which is a challenge in light of the pandemic hardship. Sailors from Thailand will have a good opportunity to race against top sailors from many countries which will be a great experience.”

The 2021 Asian and Oceanian Optimist Championship is supported by the Sports Authority of Thailand, the Yacht Racing Association of Thailand, Chonburi Province, Pattaya City, and Apollo (Thailand) Co., Ltd. and its Idemitsu Lubricants as Principal Sponsor.