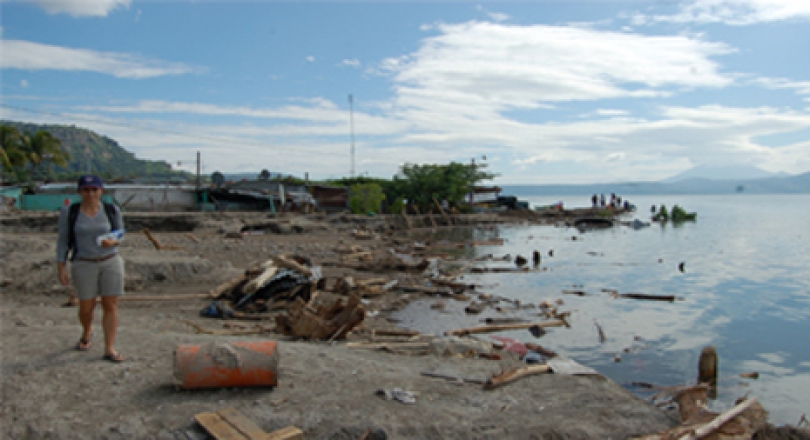 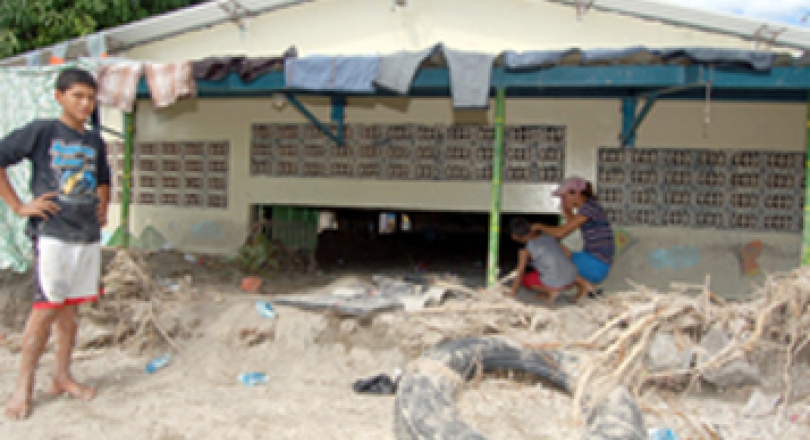 Six replacement Optimists are this week being shipped to replace those destroyed last November by hurricane Ida. Due to the generosity of Optimist builder Shanghai Far East and a "6 for 5" grant from IODA, the replacement boats will be supplied at less than ex-factory cost. 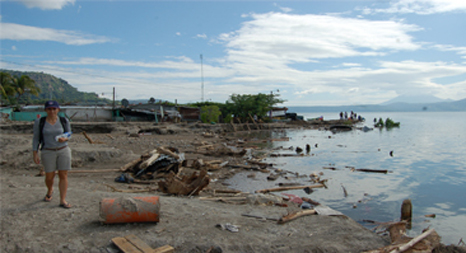 The Optimist fleet at Apulo on Lake Ilopango near San Salvador was completely destroyed by a mudslide which engulfed the community house (below) where they were stored. Limited funding to replace them was provided to the FESAVELA by the National Sports Authority and the Far East and IODA subsidies were enough to provide six new GRP boats. 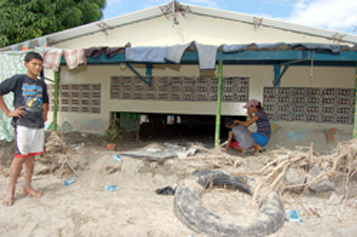 To motivate the revived fleet, FESAVELA are now hoping to send two skippers to the IODA South American Championship in Uruguay at Easter.