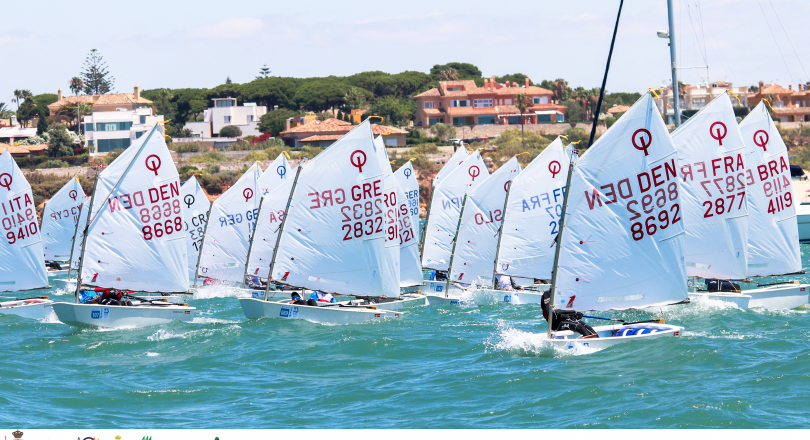 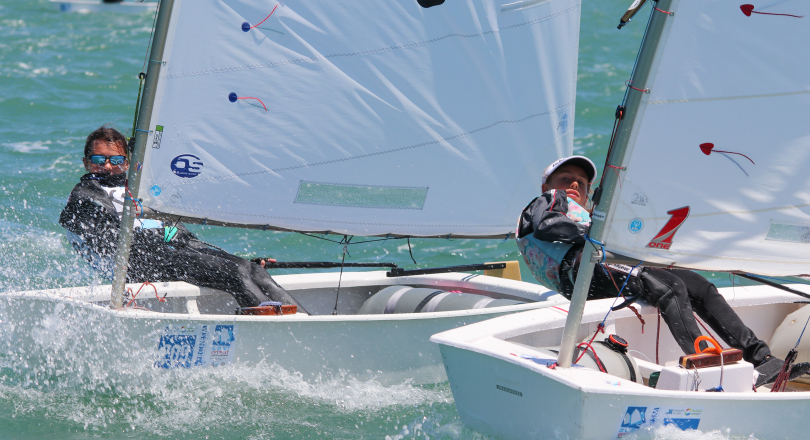 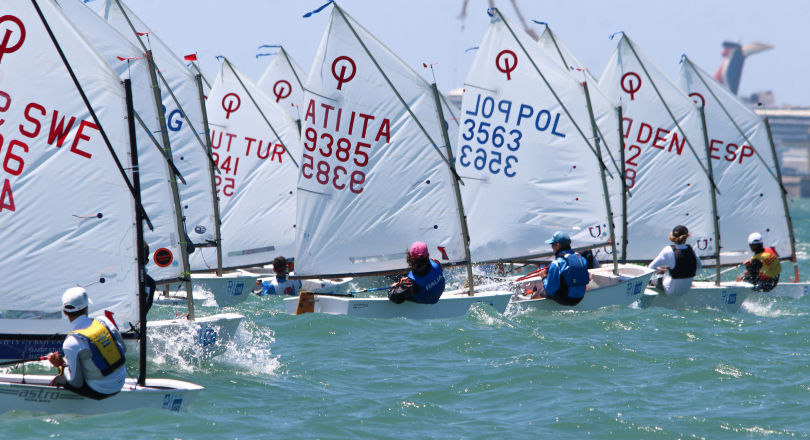 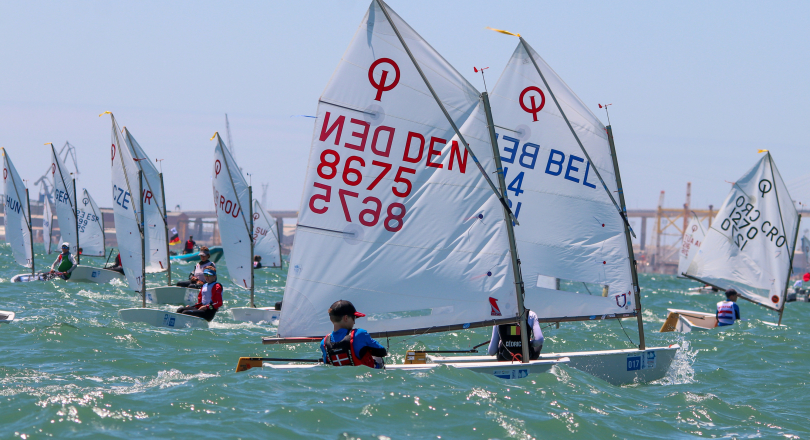 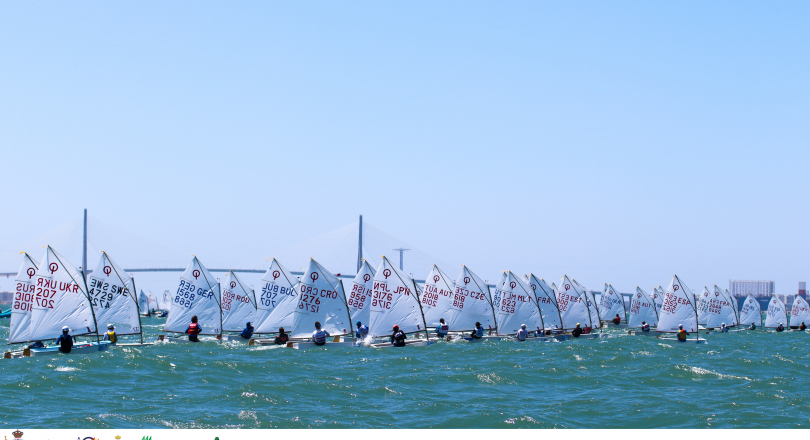 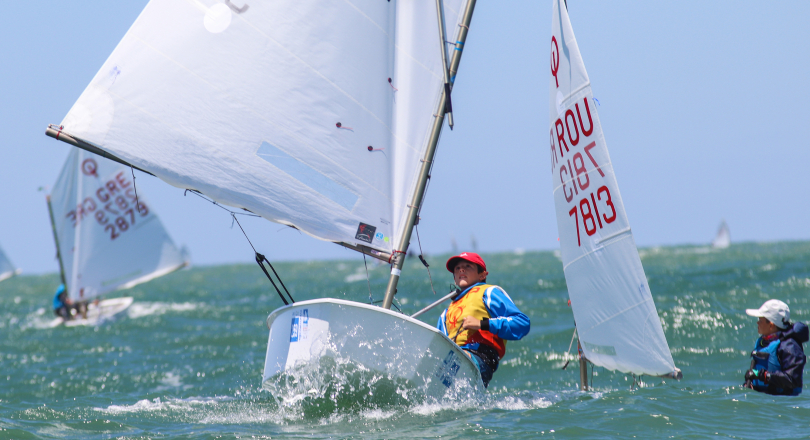 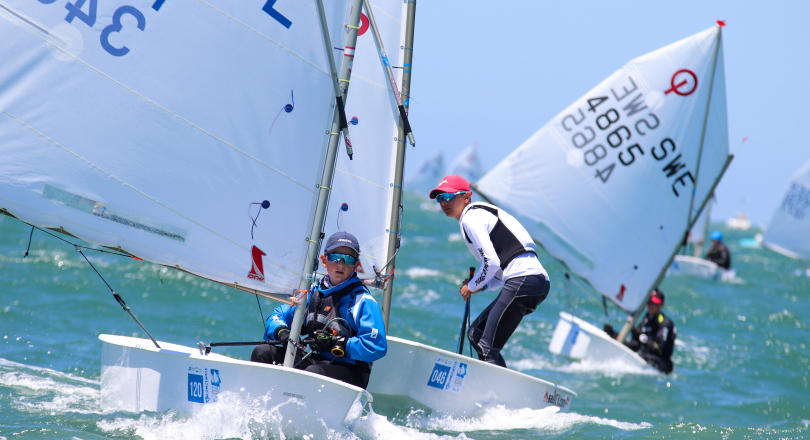 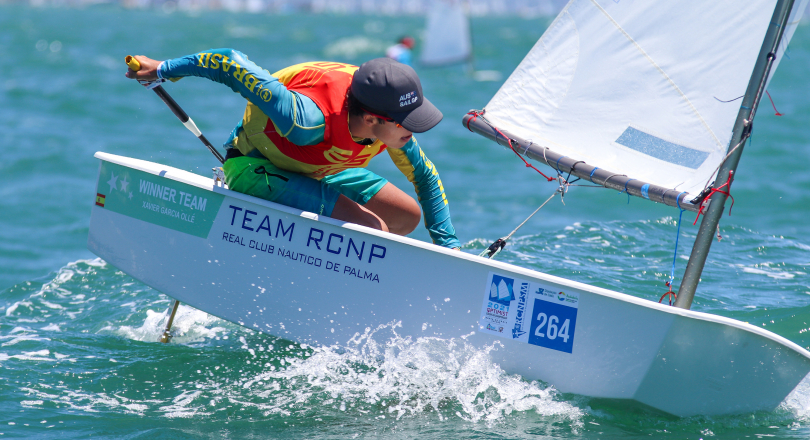 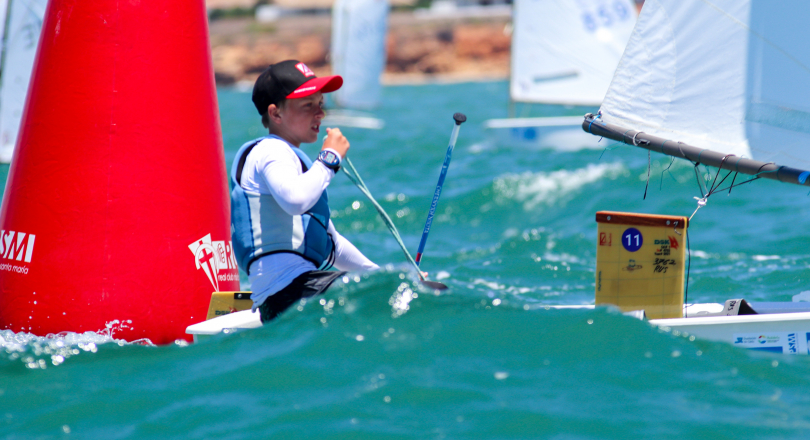 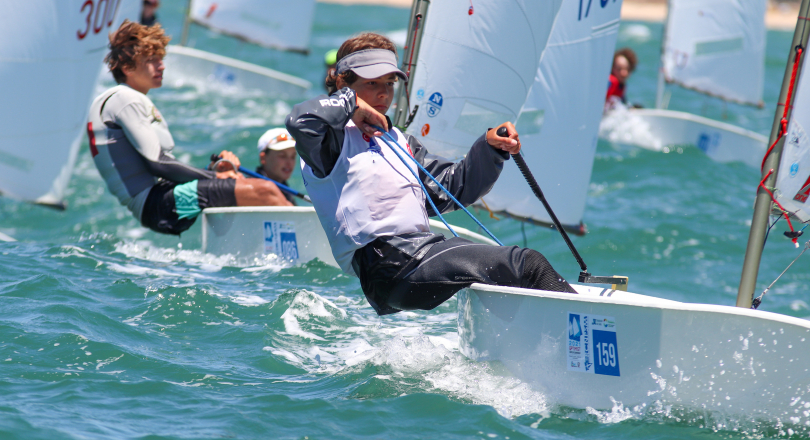 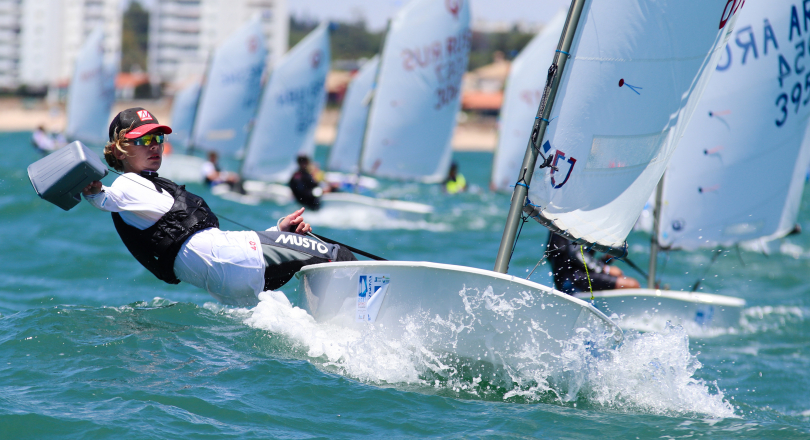 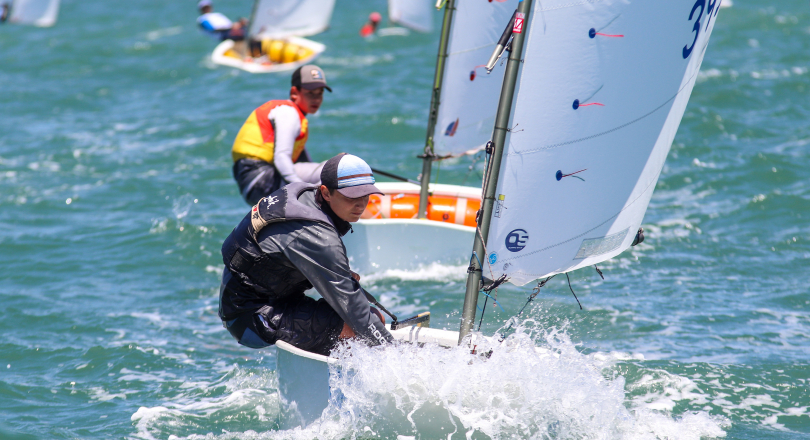 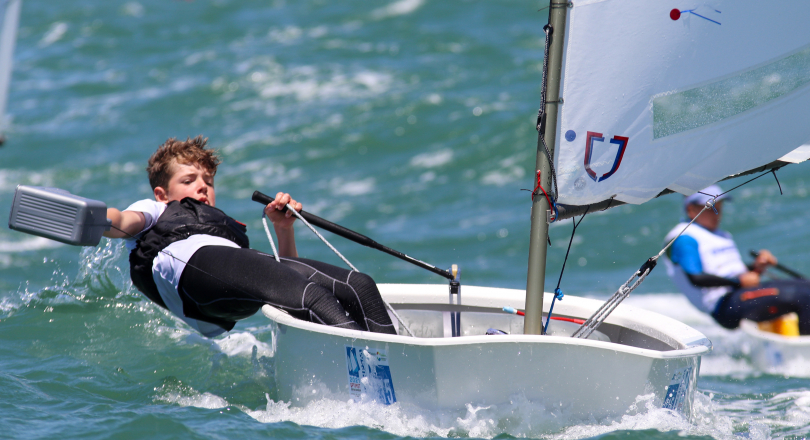 Two points behind the leader in the boys’ fleet is Yigit Ozbasoglu (TUR), with a 3rd and 1st in his fleet, followed  by three sailors tied on points: Tristan Tol (CRO), Niccolo Pulito (ITA) and Juan Bennasar (ESP). Among the girls’ fleet, Salvatore has a four-point lead over her teammate, Sofía Bommartini (ITA), with a 5th and a 2nd, Ema Grabar (CRO) and Nina Marusic (CRO) are tied on points in 3rd and 4th place. Anne Haubjerg Olesen (Den) is two points behind in 5th place and the current holder of the European title, Rebeca Geiger (ITA) is in 10th.

Racing was very tight around each mark with the fleet sailing in a close pack,  Well aware that consistency is the key, the young sailors strove to keep the pressure on their rivals in the close-fought races.   In the first upwind legs, the sailors who had opted for the centre right of the race area to look for a wind shift from the shore found they had made the right choice. One of the challenges today was to control the counter current with the change of tide, which had a great impact on the downwind tactics.

Everything got underway at 1.05 p.m. with the first start for the first boys’ group. There would be four more starting signals until the whole fleet was competing in the first race of the Europeans. The second and last race of the day began just after three in the afternoon and the fleet returned to shore at around 5.00 p.m.

Tomorrow, two new races are scheduled from 1.00 p.m. onwards. The weather forecast is very similar to today’s conditions and it looks like another spectacular day’s racing with the continental titles at stake.  The sailors will have to wait another day for the fifth race and the discard to come into play.

The Europeans are being held in the Bay of Cadiz until next Saturday and are organised by the  El Puerto de Santa María Royal Yacht Club (RCN) and the International Optimist Dinghy Association (IODA), with the collaboration of the Andalusian Sailing Federation (FAV), are the Royal Spanish Sailing Federation (RFEV).

Follow the action on the 2021 Europeans Microsite @ https://2021europeans.optiworld.org/en/default/races/race  and the IODA APP.  Download the APP for Free from the Apple Store or Google Play.

Here is the video from the day's racing https://youtu.be/JVdxQlXYiQc