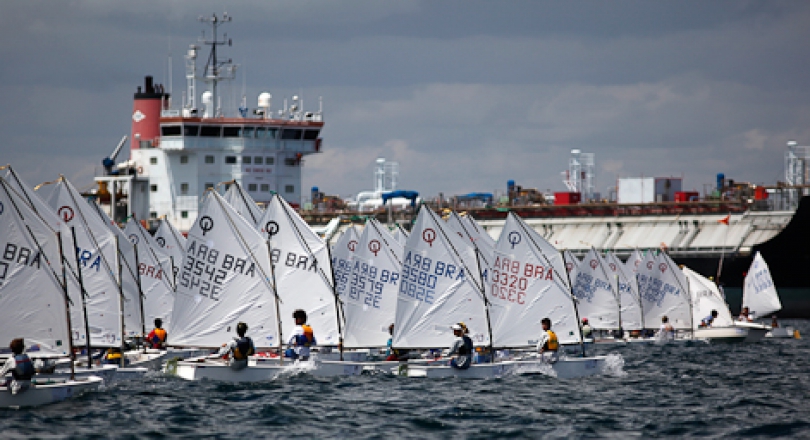 155 sailors gathered in Bahia to take part in the 38th edition of the Brazilian Championship, 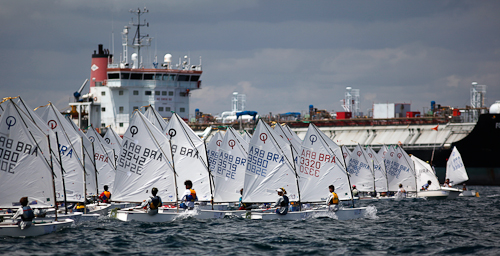 155 sailors gathered in Bahia to take part in the 38th edition of the Brazilian Championship, held from the 7 to the 17 of January and hosted by the Yacht Clube da Bahia, which was also the qualification series for the coming South Americans.

The weather in Baia de Todos os Santos demanded that sailors put their skills to the test in all sailing conditions: light winds, strong winds, current, cloudy and sunny skies... every race was different from the rest. And every day the scoreboard saw a new leader, until the day previous to the last, when Martin Lowy took control of the fleet and didn't let it loose.

Martin, from Sao Paulo, sailed consistently throughout the races, finishing in the top ten in 12 out of 15 races. However, the other top sailors sailed almost as well as he did and it was a contested event until the end.

Claudia Mazzaferro was fourth overall before the beginning of the last day's races but after sailing to her best she climbed in the ranking and took first girl and second overall. Felipe Rondina, who had lead the event before Martin took over, ended tied in points with Mario Mazzaferro but made it to the podium thanks to one third place more than Mario.