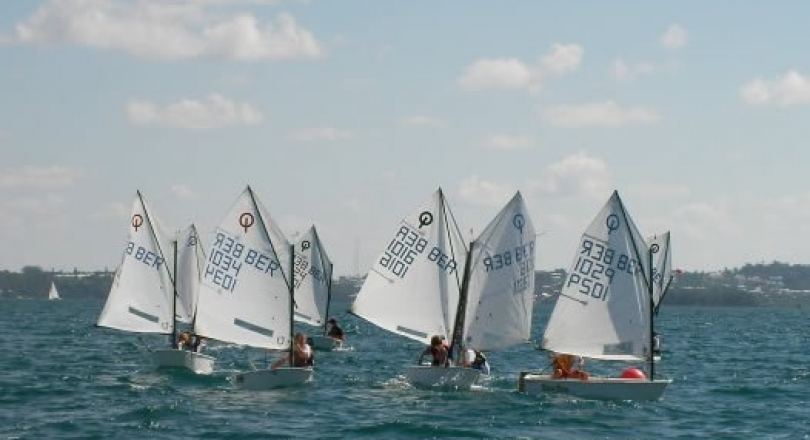 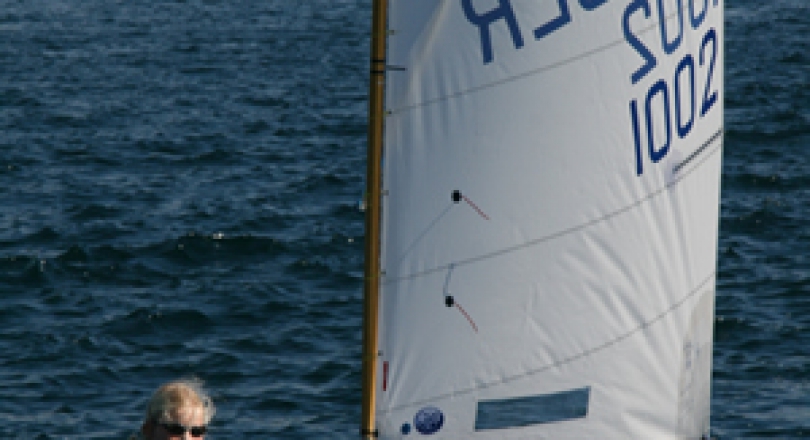 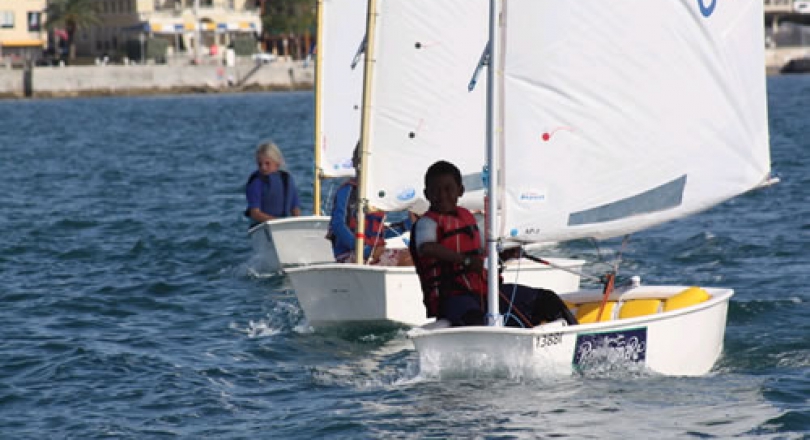 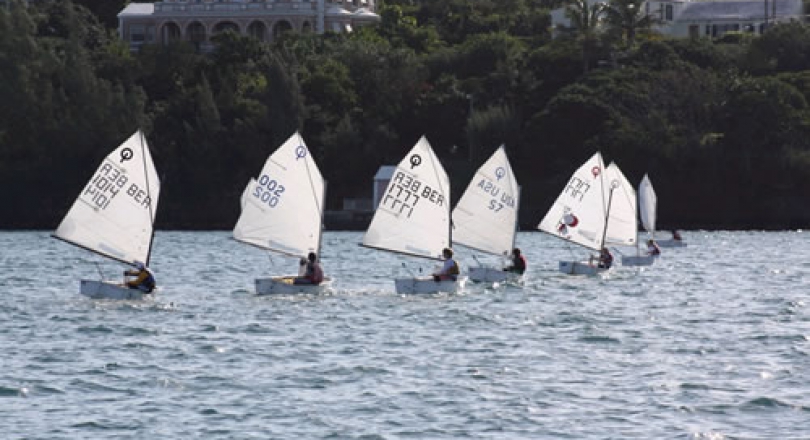 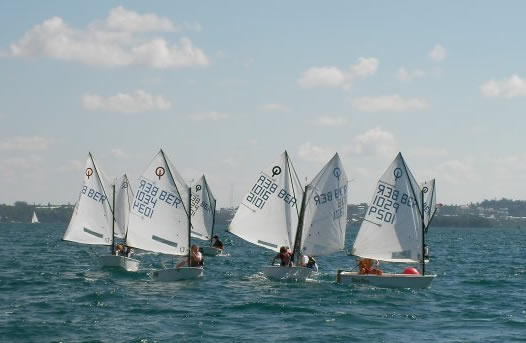 Racing in the 2009 PricewaterhouseCooper Bermuda Optimist Open and National Championship concluded on Sunday with six races in perfect conditions on Bermuda's Great Sound, with brilliant blue skies and a steady 8 to 12 knot SW breeze. This was in sharp contrast to the conditions on Saturday, when only one race was completed as winds increased from 20 to 25 knots at the start to 30 to 35 knots at the finish with gusts to 45 knots.

The event was hosted by the Royal Hamilton Amateur Dinghy Club (RHADC) and was a component of the 2009 International Optimist Dinghy Association (IODA) South American Championship Trials, used to select the team to represent Bermuda in Uruguay in 2010. Bermuda’s sailors, who are aged between 8 and 15, come out of the local club programmes and also the Waterwise programme. The unique Waterwise programme introduces sailing and water skills to all Bermuda’s middle school students. This year 300 eleven year olds in Government Middle Schools learned to sail as part of their academic curriculum. 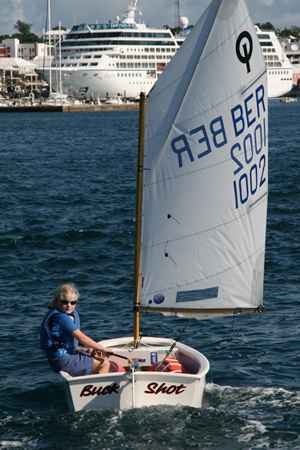 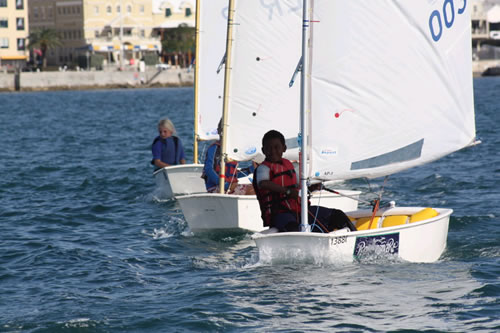 Kenza Wilkes ahead of Nicholas Seise and Matilda Nicholls 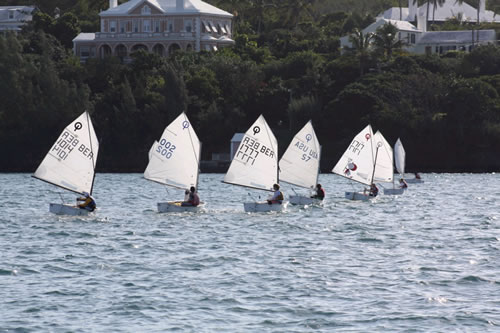 The Bermuda Optimist Dinghy Association thanks PricewaterhouseCoopers for sponsoring the Championship for the second consecutive year and for many years of support by the donation of auditing services. BODA also thanks Bermuda Container Line for donating the transport of the container of charter boats, and numerous other invaluable supporters.