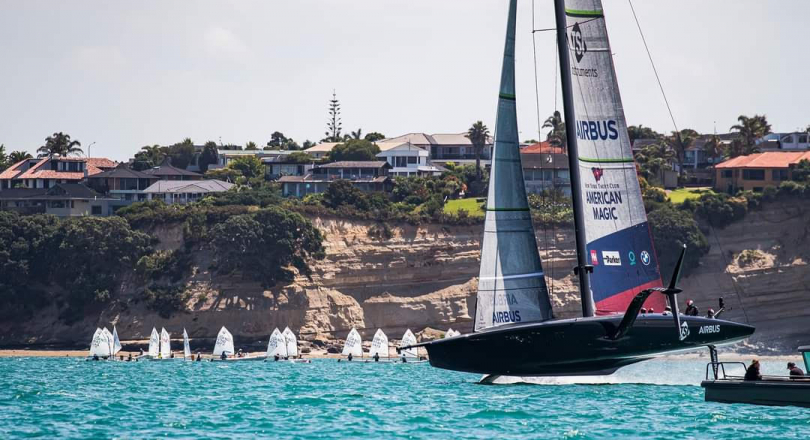 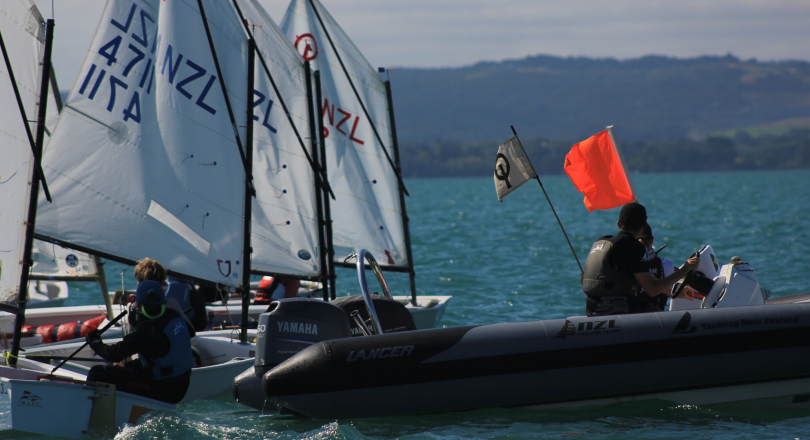 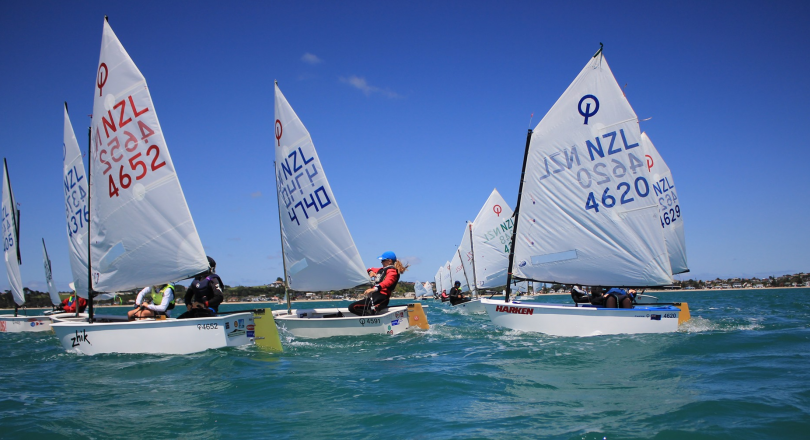 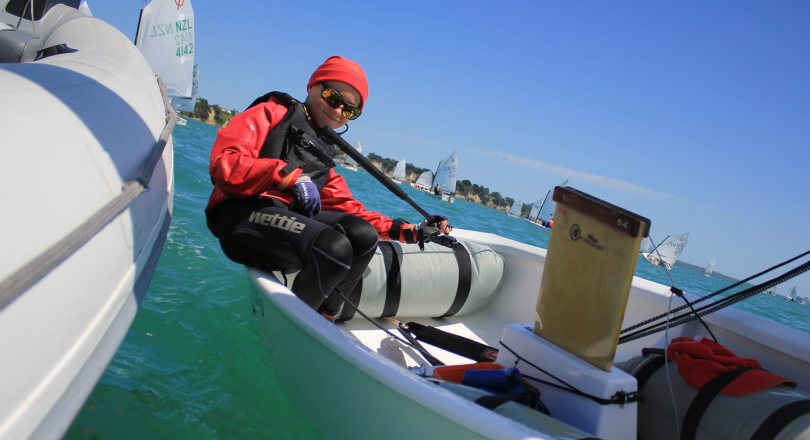 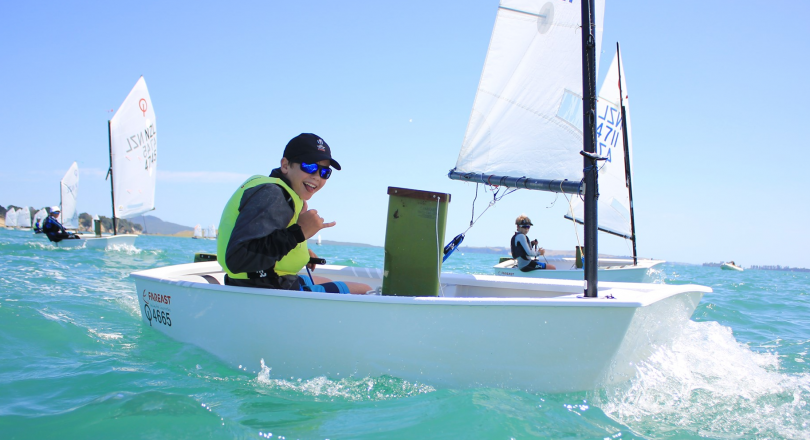 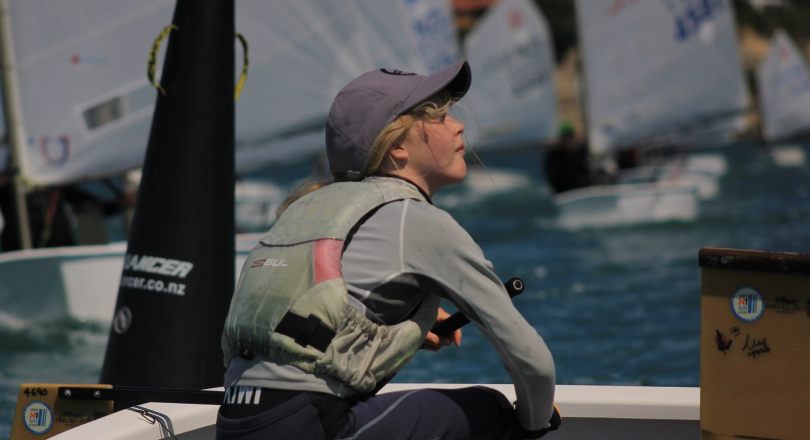 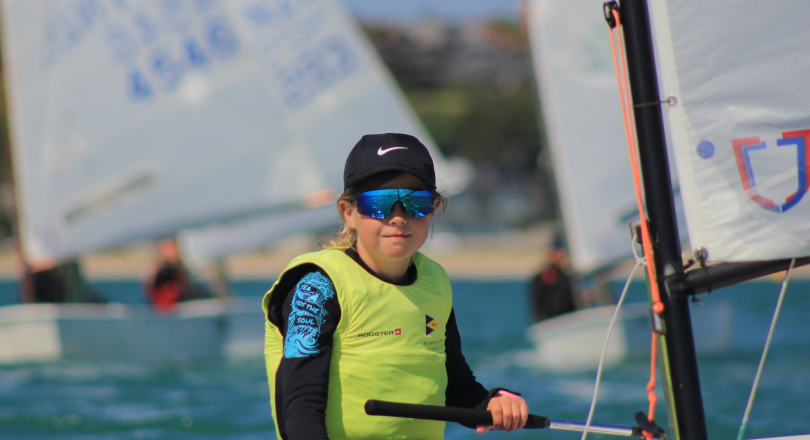 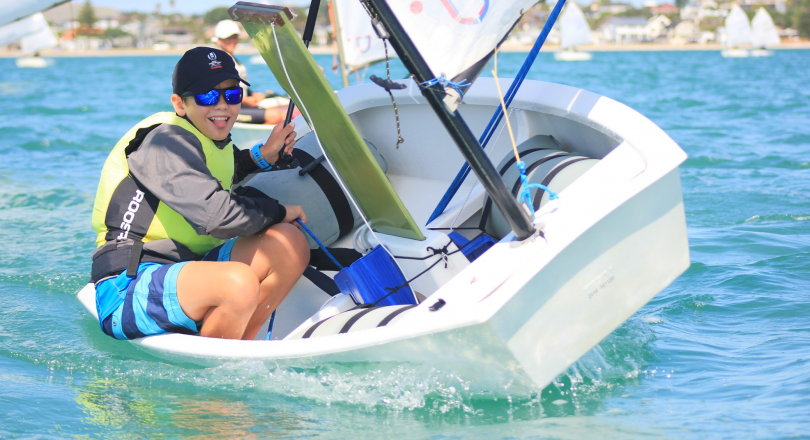 The future of yachting begins in junior classes and the 2021 NZIODA North Island Clinic certainly showed that the future is bright. 49 optimist sailors spent five nights and four days at the Willow park camp at Eastern Beach building friendships, having a lot of fun, and learning and developing new skills.

This year was special due to the connection all the young sailors feel to the upcoming Americas Cup and we were very fortunate to have all four boats racing off the beach during two of the days of the camp. Jim Turner of American Magic came along one night to speak to the sailors about his job and journey in America’s Cup land. We owe a huge thank you to Jim, American Magic and team Prada Pirelli for bringing along a big hall of team gear that was given out as spot prizes to the sailors.

An interesting part of having Jim along was that he was a coach at the clinic back in 2004 which demonstrates the strong history behind this camp. During the week the sailors took part in traditions that have been around since the beginning, including the speed day where the sailors sail to Motuihe Island for lunch and games, the dash for cash on the way home, a team racing day and the coaches regatta to finish off the week.

With great weather all week, a fantastic line up of passionate coaches and amazing parent helpers, this week was a successful one and all involved are excited to see where these future sailors end up in our sport.

Check out the video on the clinic.  Great to hear all the comments on making friends, improving skills, gaining independance and most importantly having fun!