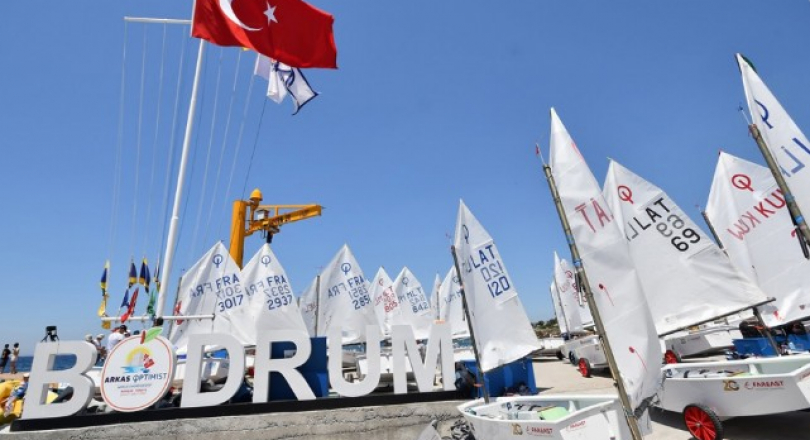 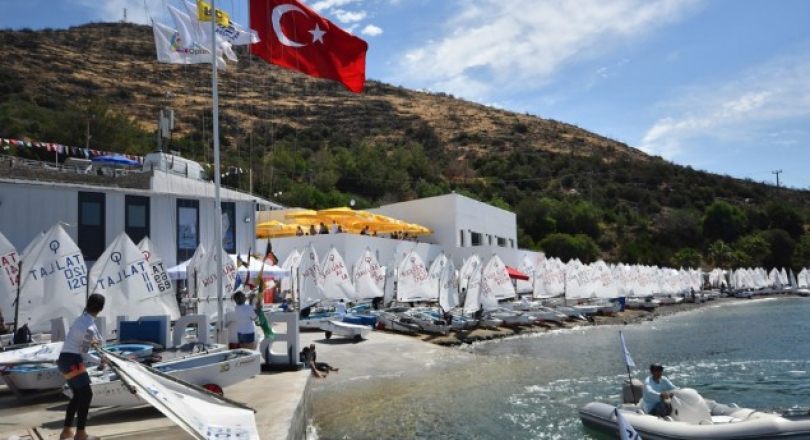 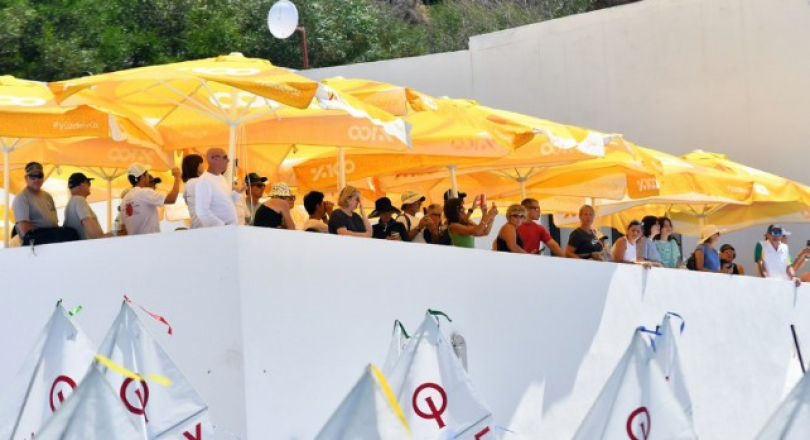 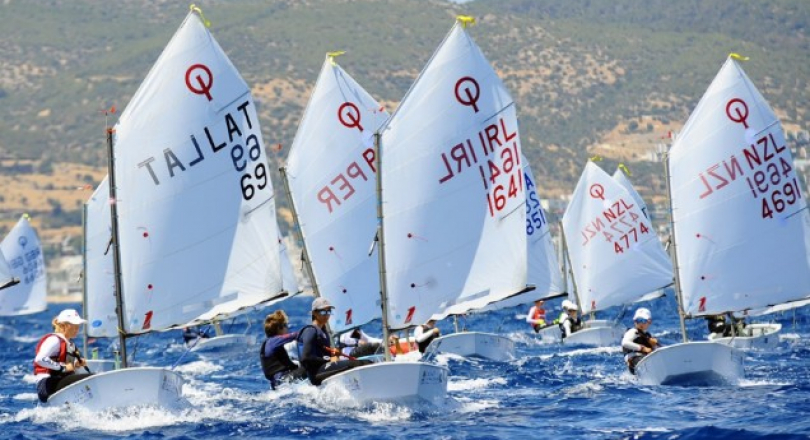 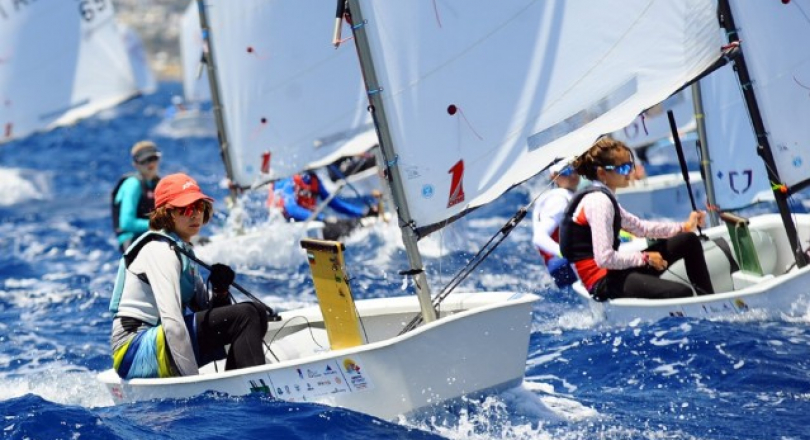 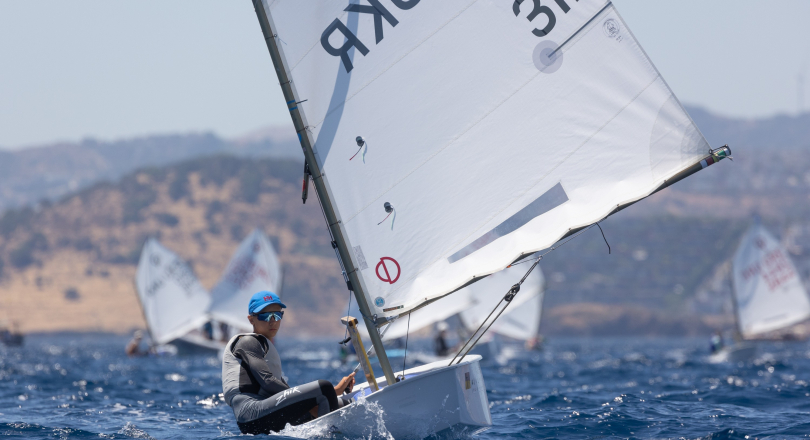 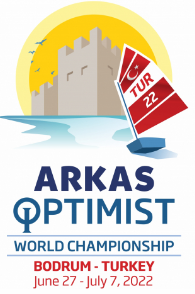 ermal breeze to build. Unfortunatley the sailors had to stay on shore in the heat of the day until they could leave the shore for some relief in the cooler air.  Once the sea breeze kicked in, Bodrum did not disappoint as the building breeze provided good racing from a more southerly direction that challenged many of the sailors.

When racing got underway, the Race Committee was able to complete another two races. New fleet assignments today meant that sailors got the opportunity to race against some of the other 276 sailors in the championship.

A 12 point spread between the top 10 sailors indicates just how close the racing is.   There are 8 different countries in the top 10 with two each from UKR and SWE. The top countries so far are UKR, GRE, BRA, SWE, USA, DEN, ITA, and MLT.

The top three girls after 4 races are Maria Anna Makri of GRE in 23rd overall,  followed by Arantza Valdivieso Zimmerman of PER in 24th and Selma Hard from SWE in 29th.

Two Races are scheduled for tomorrow to round out the qualification series.  Sailors that are carrying high finishes will be able to throw out their worst race after completing 5 races which will mix up the leaderboard.

Fleets will also be reassigned tomorrow which will have an effect on the final results of the quaification series.  Upon the completion of the racing tomorrow, the entire fleet will be divided into the Championship round fleets. The pressure will be on for those sailors looking to drop their worst race to move up in the standings.

Following the completion of the qualification series tomorrow,  sailors will get a break from fleet racing to compete with their teammates in the 2022 Arkas Optimist World Team Racing Championship taking place over two days. It is a highlight of the World Championships for many sailors with 48 nations expected to take part.

The forecast for tomorrow predicts stronger, more favourable winds which will be a perfect end to the qualification series.