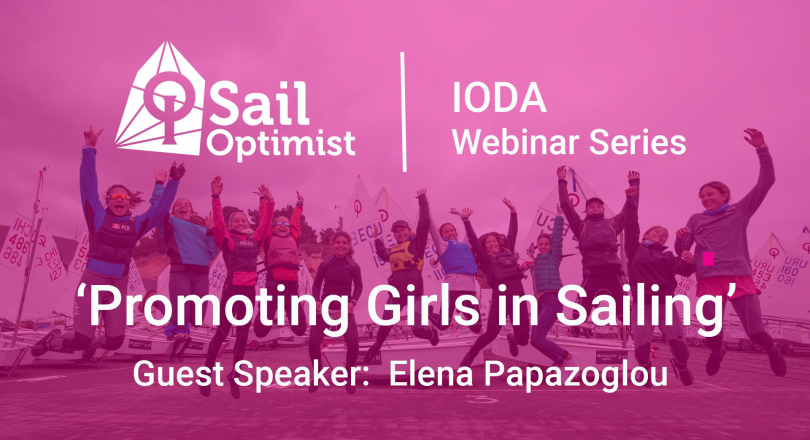 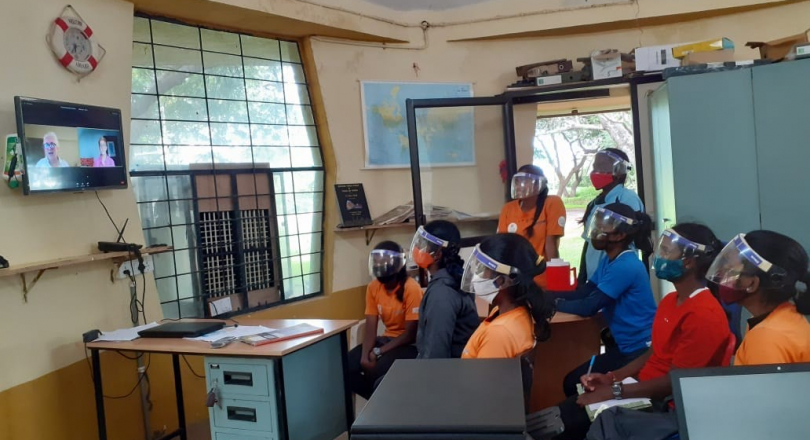 The webinar topic was the initiative of Ajay Narang, the VP of Africa, Asia and Oceania and was specifically targeted to the audience in his region.

The Webinar was hosted by Fiona Kidd, IODA Secretary General.  The guest speaker and presenter was Elena Papazoglou of Cyprus.

Elena is a working mother of 3 kids - all sailors. She started sailing at the age of 28 and since then she has been passionate about the sport. She started sailing on a Laser and is still sailing the Laser Radial whenever she has some time. Since 2003, Elena has been an International Race Officer (she was the PRO at the 2018 Optimist World Championships in Cyprus) and is currently the World Sailing Women’s Forum Chair, and therefore also a WS Council Member.

Elena is also the Vice Chair of the WS Development and Regions Committee which is involved in developing programs such as the Emerging Nations Program to help develop the sport of sailing worldwide.

Elena has also been an active IODA Regatta Committee Member since 2018.

Elena is passionate about sailing and how to keep girls and women involved in the sport from Optimists and beyond.

Each year, the Optimist Class introduces thousands of boys and girls to the sport of sailing. In the very early years, there are typically equal numbers of both genders taking part. However, as the sailors get older, we start to see a downward trend in the participation of girls when the sailors start travelling and participating in larger championships.

According to data that Robert Wilkes, former IODA Secretary and author of “The Optimist Dinghy 1947 to 2007” has summarized, although the numbers have been improving since 2005, whereby girls represented only 25% of the total fleet size at our IODA Continental Championships, today girls represent just under 40% of the total entries. These numbers are slightly skewed because we have a separate girl’s fleet at the European Championship, so the actual number for our continental championships is about 34%.   The good news is that the # of girls is increasing!

So how do we change this?  How do we get more girls into sailing Optimists and then moving on to compete at the top of the class?   The attrition rate of girls leaving the sport is very high after the Optimist.   Why is this happening? And what can we do in the Optimist Class to change this in the future?

Elena provided some insight on how to address these questions and talked about the challenges and strategies to both get girls into sailing and then help promote girls to stay in the sport.

Several questions from the attendees were answered that addressed coaching and safe sport.

The webinar was not only viewed by the individual attendees but was also shown to groups of female sailors in places such as India. We hope that it inspired them to keep sailing!

To view the webinar, just go to the following link.

Please share the webinar to anyone who you think would benefit.

IODA will be hosting more webinars in the future. So, check out the IODA Website on a regular basis for any announcements.