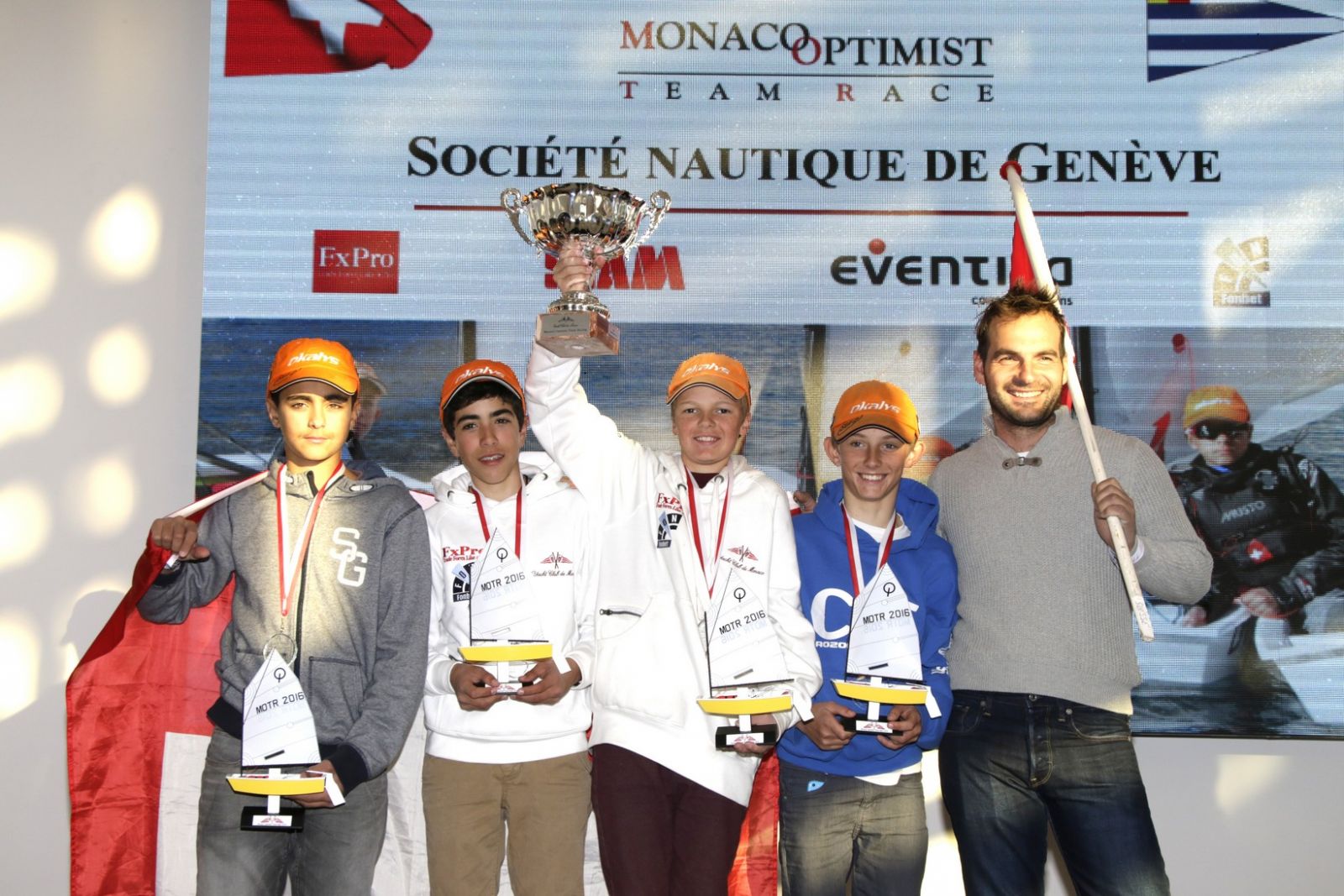 HIGHLIGHTS OF THE WEEKEND: http://www.yacht-club-monaco.mc/fr/evenements/2016-fr/monaco-optimist-team-race/

By winning this 7th edition, the Société Nautique de Genève adds another victory to its tally, having won the first edition in 2010 of this event organised by the Yacht Club de Monaco with the support of FxPro, Eventica, Fon Bet, and clothing supplier SLAM which gave all competitors a garment at the prize-giving.

For this year’s regatta reserved for 16 teams of young sailors, all under 14, the YCM invited the most competitive clubs (11 countries) from as far afield as northern & eastern Europe (Russia & Croatia) and north Africa (Tunisia), as well as Spain, Italy and France. An original match race format for teams of four Optimists it brings to the fore not just the children’s technical prowess, but tactics and above all team-work.

With 120 matches completed over the four days, PRO Alfredo Ricci was delighted to have completed his programme supported by Chris Atkins, Vice-President of World Sailing and his Umpires. “I am very satisfied with this 7th edition. The Yacht Club de Monaco’s facilities are ideally suited to organising this type of event ashore and on the water, and the kids really enjoyed the circus show offered for the 40th Monte-Carlo International Circus Festival. We must continue to develop this event which is proving very popular as evidenced by the general level of participants, and growing number of requests we receive from all over the world from clubs wanting to send a team,” said PRO Alfredo Ricci, a team racing specialist.

The first three days saw the Round Robin completed leaving the eight top teams to battle it out for the grand finale on the Sunday. Four-time winner Gstaad Yacht Club was leading the competition, ahead of Société Nautique de Genève, Opti Denmark and the Yacht Club de Monaco’s young sailors, with the Welsh from Cardiff, a delegation of the best sailors from the PACA (Provence Alpes Cote d’Azur) league, the Bretons from Club Nautique de Rennes and Sanremo Yacht Club. 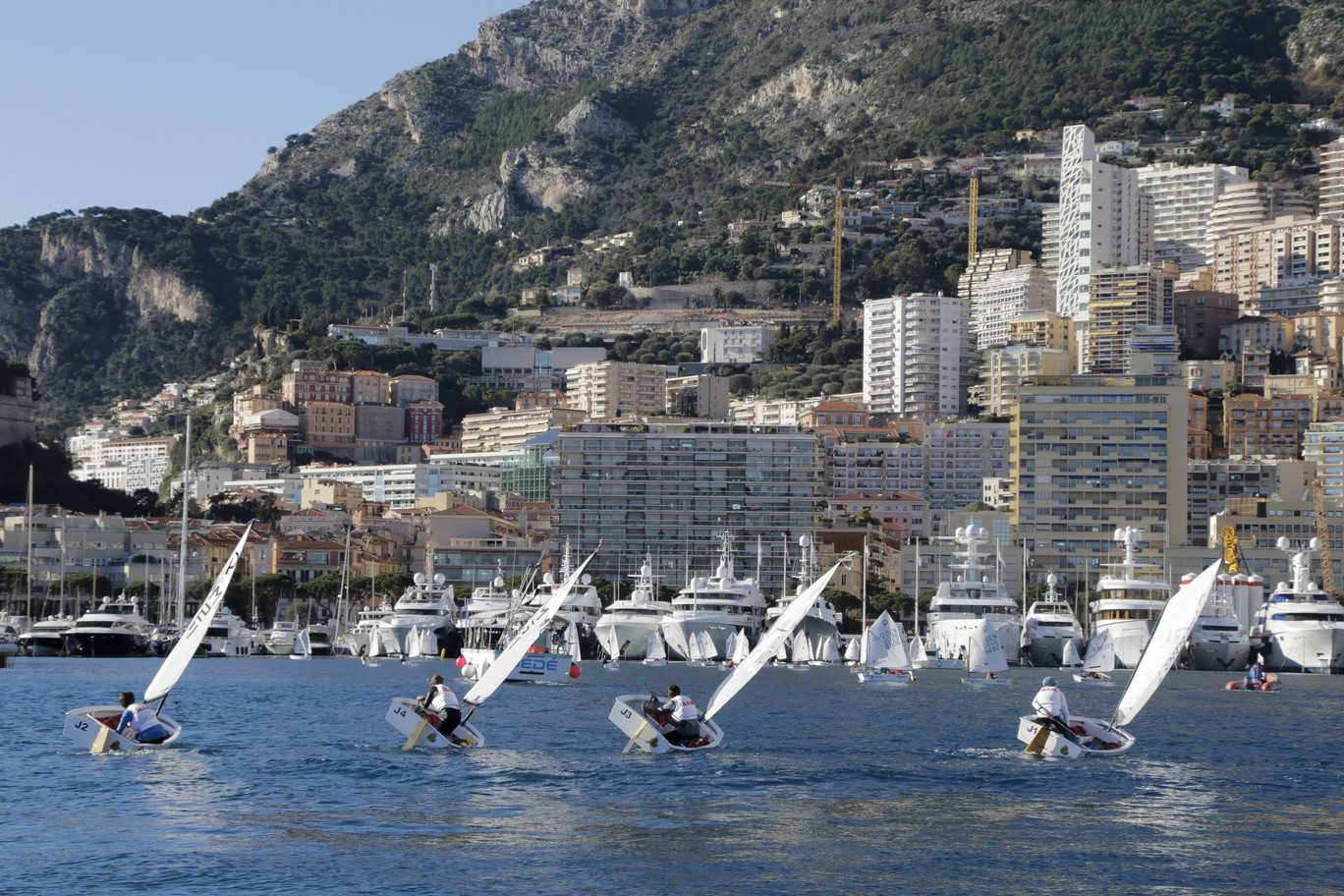 Having clinched a 4th place in the Round Robin, two points adrift of the leader with 10 wins out of 14 matches, satisfaction was high among the Monegasques and their coach Margaux Meslin. A reminder that this young team were led by Simon Maltcev (Team Captain), with Logan Vician, Lucas Frederiksen and Andrea Tortella.

In the final stages the Swiss teams confirmed their dominance with the French PACA delegation taking 3rd ahead of Cardiff Bay Yacht Club in 4th. However, it went all the way to the wire and last race before the Société Nautique de Genève emerged victorious of the two Swiss teams. Comprising four members of the national Swiss team, led by Max Wallenberg, 9th in the last European Championship, they had something to celebrate: “We really wanted to bring this trophy back to our Club as it has been held by our neighbours at the Gstaad Yacht Club for the last three years,” said the young captain at the prize-giving.