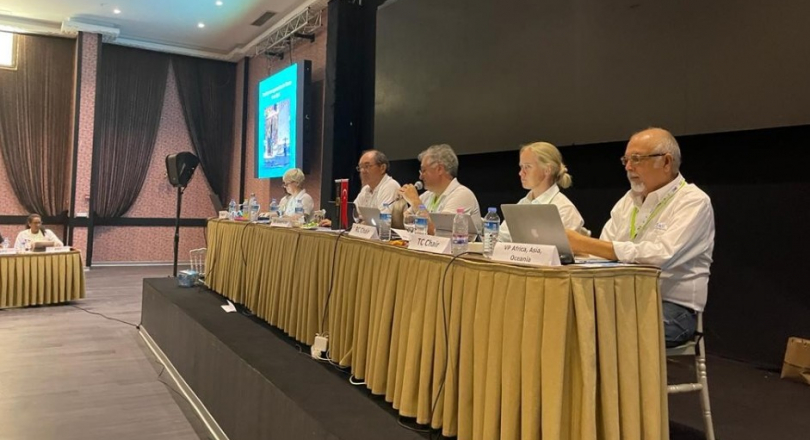 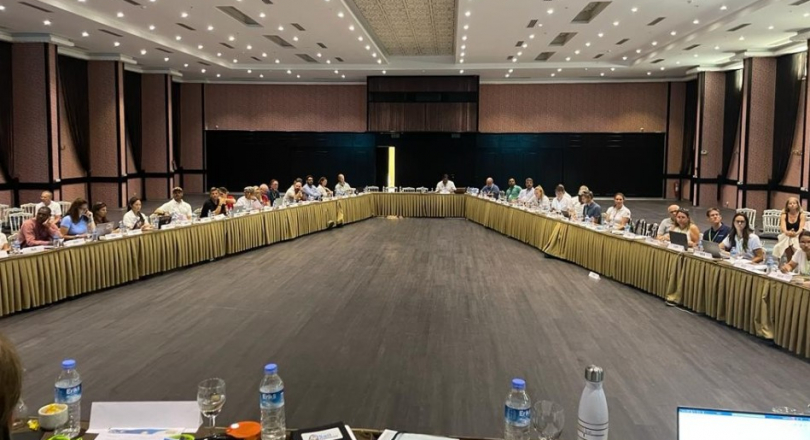 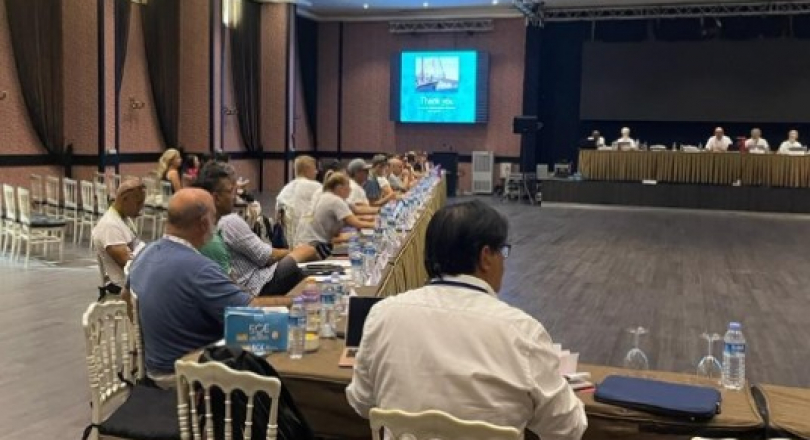 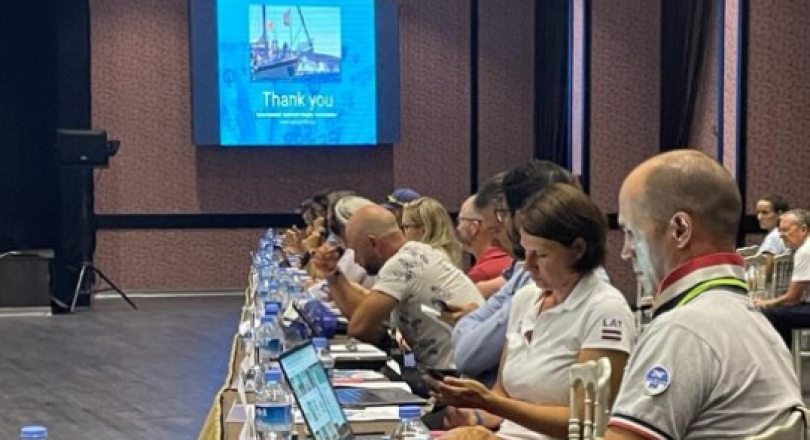 We had an excellent in-person attendance with 58 Official Member Representatives registered. Fourteen Members that could not attend in person gave their Proxy vote to another member in attendance.

The AGM started with IODA President, Kevin Whitcraft proposed as Chair of the meeting.

The first item of business was the approval of the 2021 AGM Minutes.

IODA President, Kevin Whitcraft presented his report followed by the Vice President of Africa, Asia & Oceania, Ajay Narang; VP Americas, Sigrid Beckman; and then VP Europe, Carmen Casco presenting their reports on the global 2021 Optimist Class activities and initiatives in their region and the plans for IODA for the coming year.

The Technical Committee Chair, Olive Parker reported on the technical class activities over the past year that included IODA Championship Measurement, builder inspections, and Prototype Measurement for new builders, plus rule interpretations and changes. Two new builders were approved in 2021.

This was followed by a report from the Regatta Committee Chair, Ricardo Navarro who’s committee has been very busy over the past year with planning our IODA Championships through a difficult time of COVID. Confirming officials to attend our events through difficult COVID travel restrictions was challenging as were the logistics for boat charters, accommodation, and travel.

The Treasurer presented his report on the financial activities along with the 2021 Audited Annual Report that was approved by the Members. He also presented the 2022 Budget for the coming year.

There were no fee changes proposed for the Subscriptions Dues, Plaque Fees, or Championship Fees, so all are remaining the same for 2023.  The Members re-confirmed that the spar and foil label fees of $5 USD each will be introduced on January 1, 2023.

All 26 Executive Proposals were approved. Twenty-two of them involved housekeeping changes to the Championship Conditions regarding the prizes and Perpetual Trophies for our IODA events.

The remaining four Article Changes updated Article 2 and 3 clarifying the objectives of IODA and the obligations of Members.

A new Article specifying a quorum of 30% of members eligible to vote at the AGM was also approved.

All thirteen Class Rule Changes were approved.  Although they have been approved by the Members at the AGM, the next step is for the changes to be approved by World Sailing. This process will take a few months. The Class Rule changes if approved will come into effect on January 1, 2023.

The following 2023 IODA Championships were confirmed:

The following persons were elected by acclamation as Members of the Executive Committee.

The following persons were elected as Members of the Technical Committee

The following persons were elected by acclamation as Members of the Regatta Committee.

And the final item of business was the approval of Beierholm, from Aalborg, Denmark as the auditor for the 2022 IODA Financial Statements.

The member from BAH proposed that under Condition 7.1 c in the North American Championship Conditions that they be allocated 8 spots going forward. This was approved with 6 votes from North American Members

At the conclusion of the AGM, it was announced that S.V. (Bala) Balachander, was resigning as the Treasurer of IODA. He has also retired as a member of the Technical Committee.

Bala was recognized by President, Kevin Whitcraft, for his 5 years of service as IODA Treasurer between 2017 and 2022. In his role as Treasurer, Bala was a non-voting member of the Executive Committee and contributed greatly to the decisions and direction of the IODA finances.

The Executive Committee would like to thank all our members for sending their representatives to attend the 2022 AGM or providing their Proxies if they were unable to attend.

The feedback, discussion and ideas expressed at the AGM were much appreciated and the Executive Committee has taken all the comments under advisement and will work towards finding solutions to issues of concern.

We hope as many members as possible will join us to celebrate these significant milestones at the AGM in 2023.