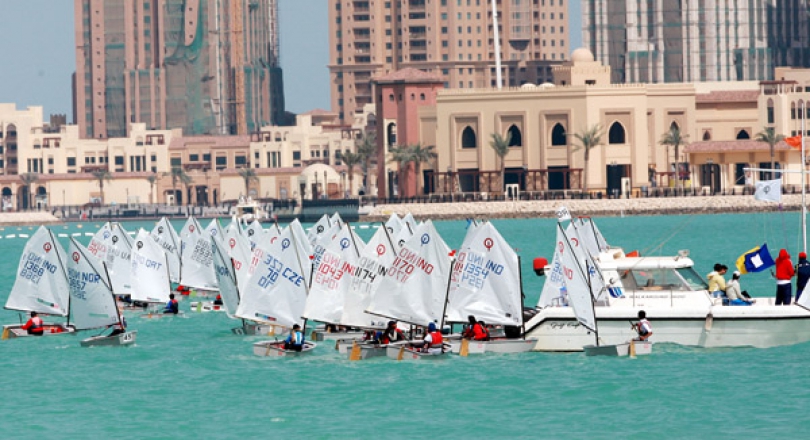 Fleet racing and Team racing featured in this years regatta

The 19th Sail the Gulf regatta concluded yesterday at Doha Sailing Club. This multi class regatta saw entries from 10 nations in the optimist fleet with 41 boats competing in excellent sailing conditions which made for a close competition. 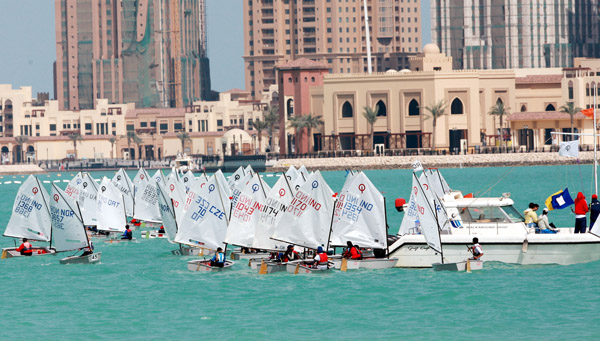 Lining up for the start

Upamanyu Gautama Dutta from India won the individual championship with Hamood Salem Saeed Al-Zaidi (UAE) second and Juni Bjornese (Norway), first girl and third overall. These three sailors were remarkably consistent throughout the event and after 10 races with one discard, Upamanyu finished eight points ahead of the other two who were tied on 36 points. Hamood finished ahead of Juni in the last race and so was placed second.

For the first time, the increasingly popular discipline of Optimist team racing was included as part of the event. Nine teams participated and this was a great success. Norway 1 won the event with India 1 in second place and India 3 in third. The Qatar Sailing & Rowing Federation will make this a permanent feature in all its regular events.