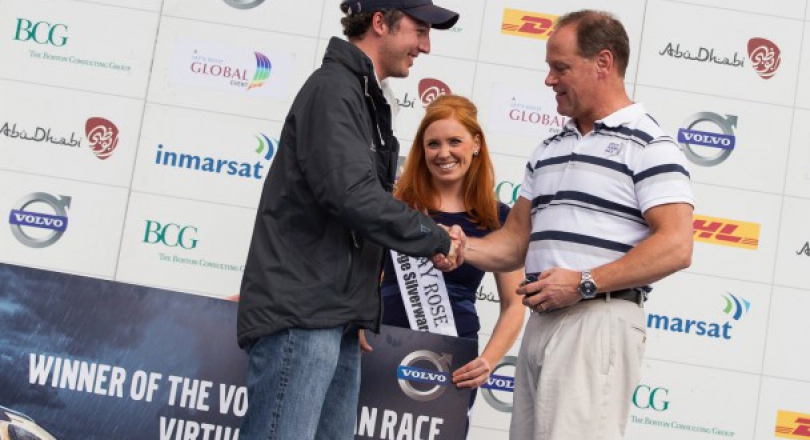 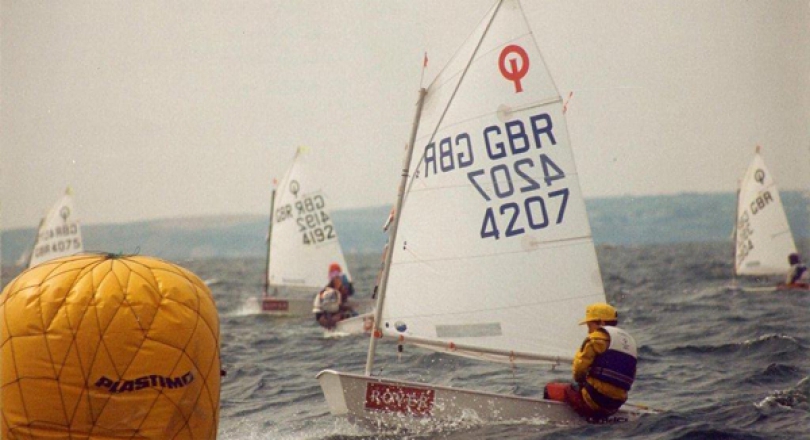 Mark Campbell-James from the UK, became the proud owner of a new Volvo XC60 after winning the virtual race. Mark, known under his game pseudonym Sideshow, a nickname from his university days, lead the race from Leg 2 and crowned the achievement by winning the final leg from Lorient to Galway.

Mark began his competitive sailing career in the Optimist class, attending 3 consecutive World Championships from 1993 to 1995. Today he is usually to be found racing a 90′ classic ketch.

The Volvo Ocean Race 2011-2012 had strong ties to the Optimist class. Amongst the crews and race management, for many their passion for sailing began in an Optimist. Every stop-over the Volvo Youth Academy ran Optimist team racing and the in-port visitors were entertained by the participating teams.

Mark in his Optimist days

In a few days time the 2012 Optimist Worlds will begin in Dominican Republic and maybe in a few years time some of the competing sailors will be racing around the world.

Congratulations to Mark and all the many other Optimist sailors, past and present who were among the 220,000 boats in the Volvo Ocean Race Game.