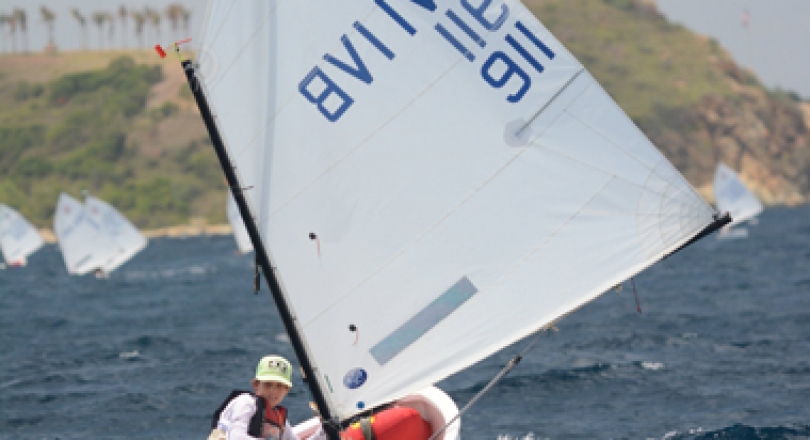 At the conclusion of the final two races, the Tortola, British Virgin Islands-based sailor continued to lengthen his lead and comfortably finished with 33 points separating him from his closest competition. That’s quite a feat considering the keen level of competition in the 59-boat Advanced Optimist fleet and wind conditions blowing a brisk 10- to 15- knots, plus higher in gusts. 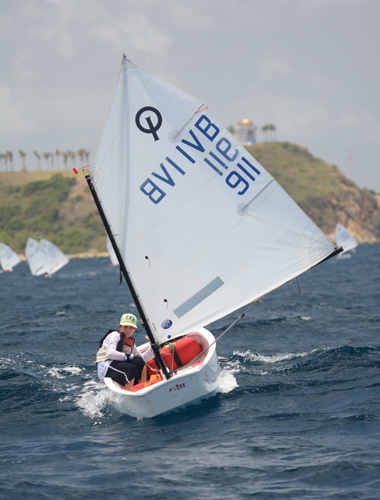 Duff not only won the overall championship, but also the 11 and 12-year-old Blue Fleet. Next month he will be competing in the Optimist North American Championship in Mexico.

In the 13 to 15-year-old Red Fleet, it was 13-year-old Teddy Nicolosi, from St. Thomas, USVI, who finished first in spite of poor scores at the beginning of the regatta.

The trophy for Top Girl was awarded to 11-year-old Isabella Casaretto from the USA. Casaretto also finished an impressive 7th overall.

A total of 81 sailors competed over the three days of competition coming from 10 nations – Antigua, Argentina, the British Virgin Islands, Cayman Islands, Germany, Puerto Rico, Spain, the Netherlands, U.S.A, and all three US Virgin Islands.

The week started off with the Sea Star Clinic, run by local coaches and coaches from OptiSailors.com, and included the one-day Sea Star Team Race. The team race was won by STYC 1, made up of Teddy Nicolosi, Christopher Sharpless, Mateo DiBlasi and Robert Hunter.