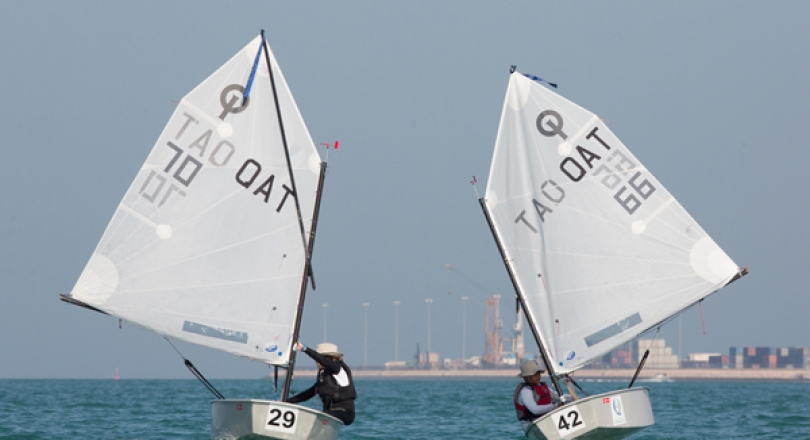 Malaysia dominate final day at the 2014 Sail the Gulf Regatta

With an early start of 11:00 hours, the Organizing Committee was planning another three races to complete the 11 race schedule series, which would also give the opportunity for sailors to discard their second worst result after race 10.

Conditions were the lightest of the series so far, with the breeze reaching up to six knots maximum, but very shifty and with variable pressure. Concentration was high, as the sailors had to really be careful on this crucial last day not to make any mistakes around the track and take advantage to seek out every bit of breeze.

In the Optimist fleet, the Malaysian sailors showed their expertise in light winds, dominating first and second overall, from the solid and consistent scorelines of Muhd Dhiauddin Rozaini and Naquib Eiman Sharin. A great outcome for Malaysia, with five of their sailors in the top 10 of the Optimist fleet overall. Third was Portugal's Tomas Barreto. 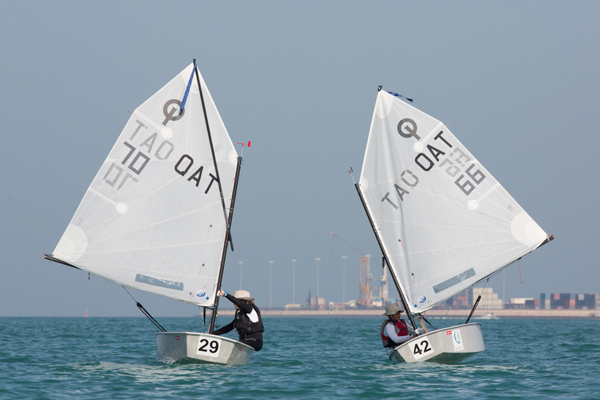 Sail the Gulf wrapped up with a typically impressive and glamorous Medal and Closing Ceremony, showcasing a real flavor of Qatari hospitality. Alongside racing, the sailors have enjoyed the opportunity to discover some of the unique heritage and culture of Qatar.