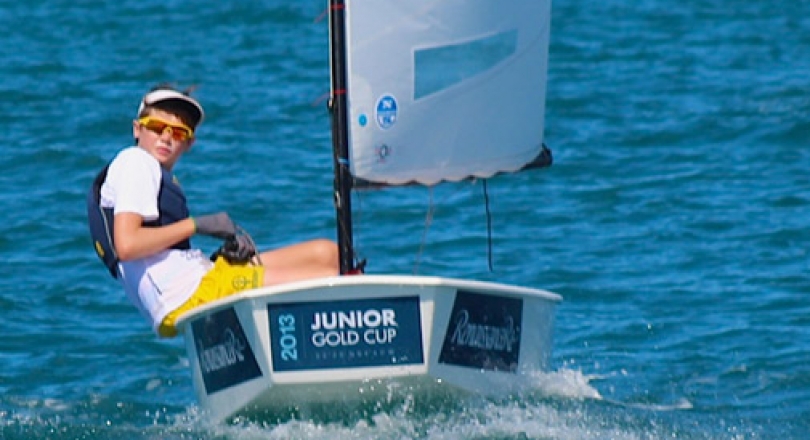 Success for British sailors at the RenRe Junior Gold Cup

After 10 years, the Junior Gold Cup is shaping futures and leaving a lasting impact on young people ­ who seem to never lose their love for Bermuda. Some have returned to compete in the Argo Gold Cup and the 49 sailors from 15 countries had a chance here to meet many of their sailing idols and on the final day, to sail in front of the many spectators at the Royal Bermuda Yacht Club.

The winner of the ReniassianceRe Junior Gold Cup was decided in the final race on Hamilton harbour today with Milo Gill-Taylor of Great Britain finishing in fourth place today but earning the necessary points to win the overall regatta with 84 points. 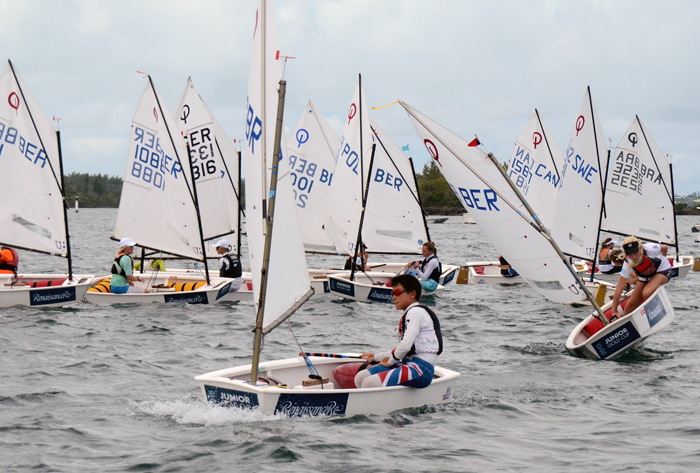 For Hattie Rogers of Great Britain, her final race today was a true triumph as she was the first to cross the line on Hamilton harbor in view of the entire spectator fleet. Her win today put her in fifth place overall. She also won the top female trophy as well as the Anniversary Trophy for her first place finish today. 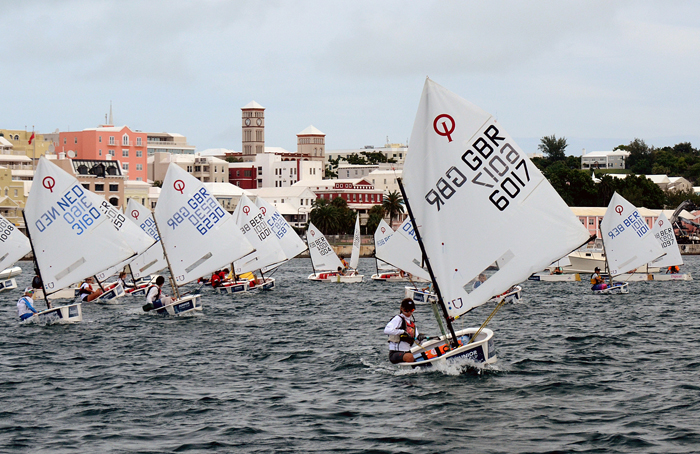 Third place in the regatta went to Lukas Hesse of Germany and fourth place belongs to Emil Jarudd of Sweden.

All of the sailors benefited this week from the advice and time spent with sailors like Ben Ainslie and Iain Percy who gave them invaluable suggestions. Campbell Patton of Bermuda took many of the helpful words from his sailing heroes, and finished the overall event as the top Bermudian in seventh place. ‘Iain Percy had a little talk with me this morning and that helped me a lot. He gave me some great advice and then Ben talked to me, too,’ Patton. ‘Having those guys here all week was amazing. It was really so helpful and inspiring.’ 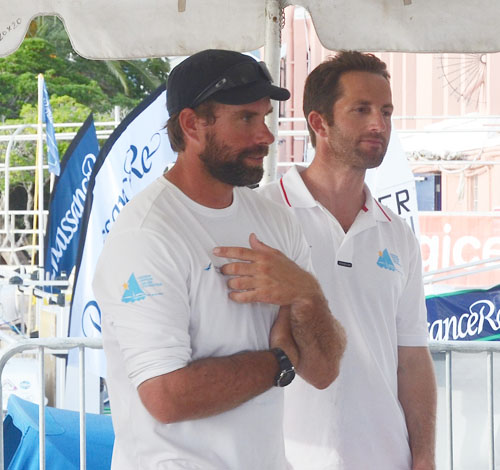 Iain Percy and Ben Ainsley talking to the Optimist fleet

The legacy of the Renaissance Re Junior Gold Cup is really starting to change the sailing experience for both the adult sailors and the youngsters who come here. A number of the adult competitors came here as Junior Gold Cup competitors and returned as adult sailors. ‘I believe that the standard of racing here raises the bar for these youngsters in the Junior Gold Cup as they meet the older competitors as well,’ said Peter C. Durhager, Executive Vice President of RenaissanceRe. ‘They learn about what comes after Optimist racing and they begin to perform at the level of these professionals in many ways - at a young age. They are competing as youngsters here but it is very rare to get the chance to see what is waiting for them next and they get to see that at this event here in Bermuda.’