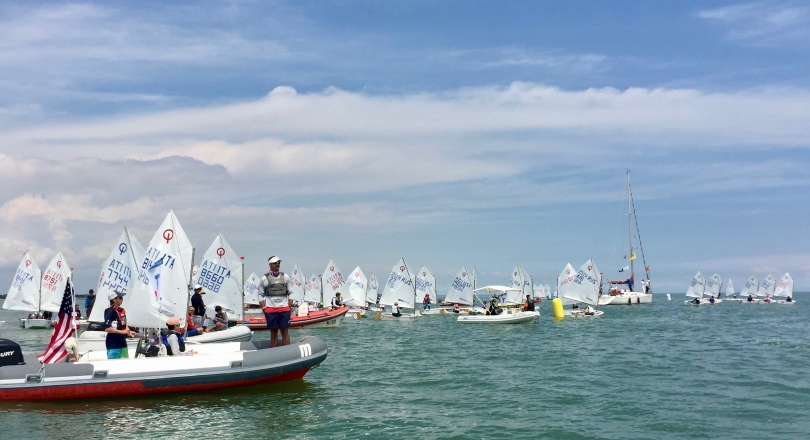 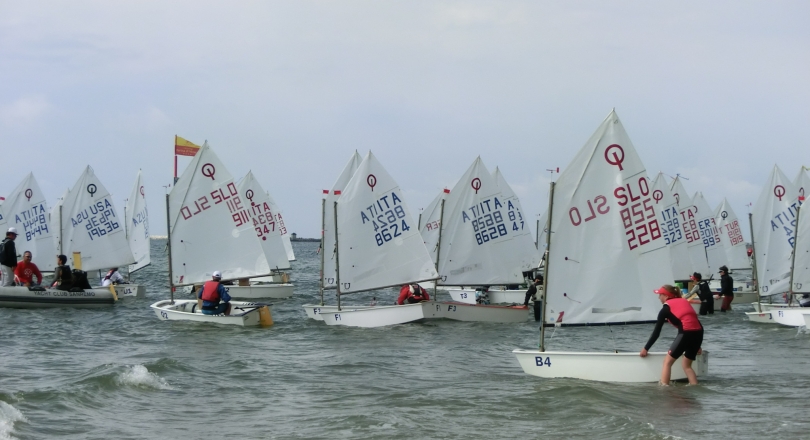 Preparations Start for the XXXI edition of Trofeo Marco Rizzotti.

Over 90 young sailors from all over the world are attended in Venice from May 18th for the international Optimist team race regatta organised by Diporto Velico Veneziano e Compagnia della Vela.

Venezia, Italy (March 21, 2017) - Spring is nearly here and in Venice “Rizzoni time” is approaching - the international team race regatta for young Optimist sailors (10-15 years old) organized by Diporto Velico Veneziano and Compagnia della Vela from 18-21 May. A thirty-year record already saw the participation of over 120 sailors from four continents (Asia, Africa, Europe and America), including the world champion Zane Rogers (USA) and Max Wallemberger (SUI), and this year the competition promises to be even fiercer. Alongside the Americans, who have already confirmed their presence with Lauderdale Yacht Club and LISOT (LI Sound Youth Sailing Team) winners of the qualifying Team Race Midwinter Championship regatta, there will be at least four other national teams: the Netherlands, UK and of course Italy.

As ever, a great organizational machine, with new leaders appointed this year, is behind this event. Elio Camozzi, the new general manager of the event who took over from Corrado Scrascia, wishes to thank all those who have contributed to the success of this event in recent years and adds "big news are coming for the future and very soon we will present our projects, including a complete renovation of the image of the event that we are considering entering into a broader context of international sailing events in Venice related to the team race format."

"Rizzotti not only represents the excellence in youth sailing but also the excellence in international arbitration" adds Dodi Villani, recently appointed in the Board of Directors of the Italian Sailing Federation and member of the Organizing Committee. There will be 17 international judges in Venice for the weekend, many of whom have had experience with the America's Cup, Olympics and World Championships.

For Bruno Rizzotti, son of Marco to whom the Trophy is dedicated, this event is more than just a race: it is an educational experience. "The boys, housed at the Camping Marina di Venezia at Punta Sabbioni, will have the opportunity to socialize and have fun together within the framework of values that are at the basis of this sport." Two special awards, offered by Panathlon Club of Venice, will be given to the teams that behave best at sea and ashore.

Finally, this year a new prize will be awarded to the youngest sailor in memory of George Lauro, ISAF delegate (now World Sailing) and international judge and referee. The Rizzotti Trophy owes much to George Lauro, a member of Diporto Velico Veneziano and Compagnia della Vela, who passed away 10 years ago. His position on the committees of all the major international regattas including the America's Cup (2002/2003 in Auckland, New Zealand) made it possible for the Regatta to become important first locally and nationally, then an excellence in all four corners of the world.