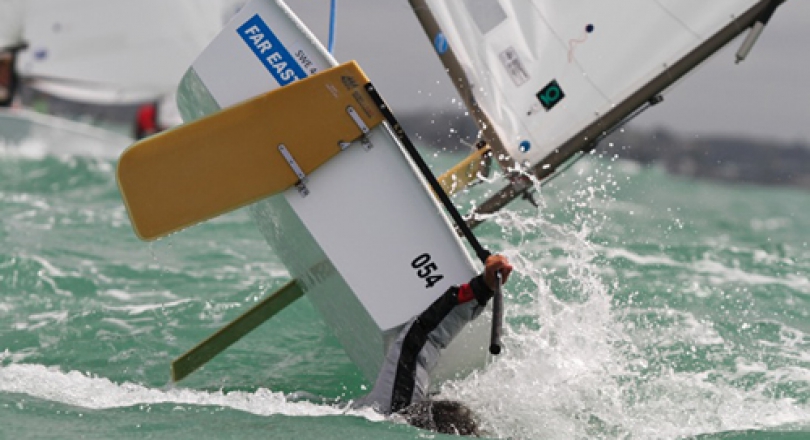 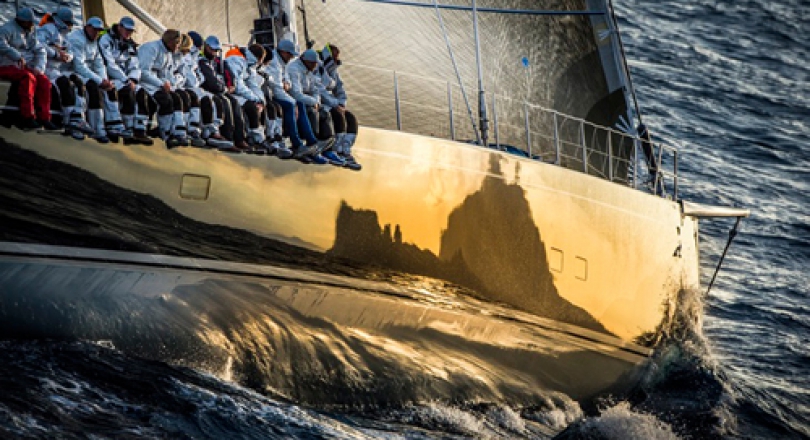 Matias Capizzano's photo: one of the finalists in the 'Yacht Racing Image of the Year' contest

48 yacht racing photographers from all over the world submitted their preferred photo to the contest hosted by Mirabaud. Among them, Matias Capizzano, the Argentine photographer who has attended most of the IODA events in the last few years, and whose photos populate the backgrounds of our website, submitted the spectacular photo below, of a Swedish girl racing in the Worlds 2011 in New Zealand. 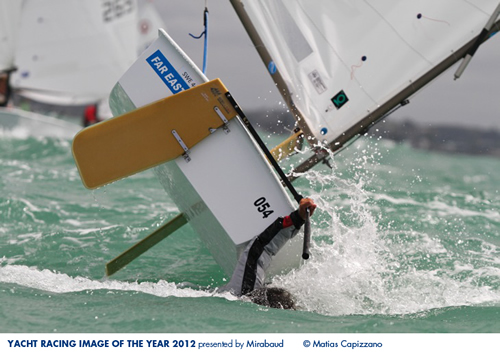 The process of selection of the Yacht Racing Image of the year consisted in three steps:

The announcement was made today Wednesday 12 during the World Yacht Racing Forum and the final choice was Kurt Arrigo's picture taken during the Volcano Regatta 2012. Excellent picture as well. Congratulations Kurt. 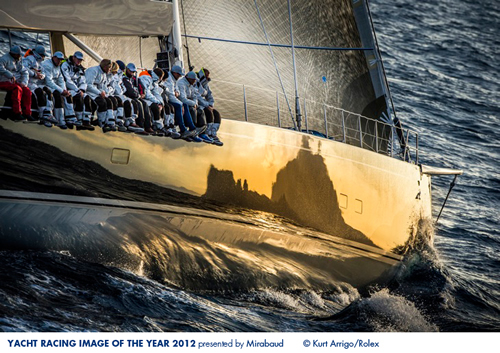 Kurt explained that he was about to leave the area when the sun appeared after a cloudy day and he asked the pilot of the helicopter to get closer to the boats. He only had a few minutes but managed to capture a spectacular view of the sunset reflected on the hull.

The other four pictures that had been chosen by the delegates were from, in the order of the selection by the Jury:

We would like to congratulate Matias for this achievement, and take this opportunity to thank him for his continued help to the Class, by giving permission to use his photos in our website and various other publications, and by promoting our events with such amazing photos as the one above.