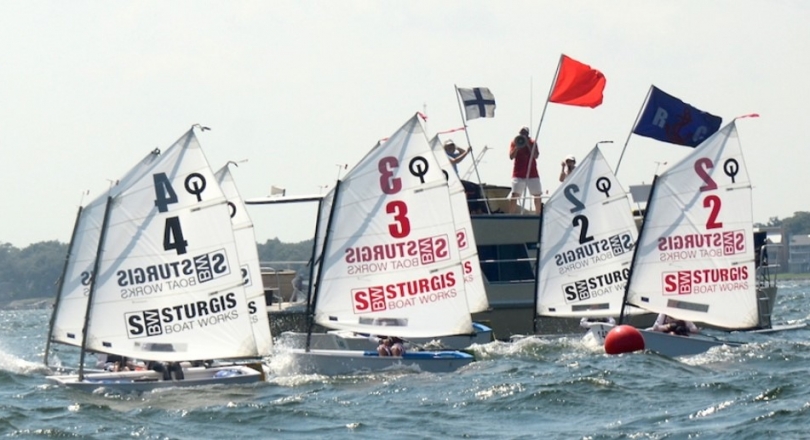 PENSACOLA, Florida, March 27, 2018 — The team entry deadline for Pensacola’s 2018 Optimist Team Race National Championship has been extended. The new team entry deadline is midnight CDT, Monday, May 21, 2018. The names of the individual four or five team members are not due until Midnight July 5. The amended NOR is posted at www.usoda.org under 'USODA Regatta Calendar'.

Regatta Chairman Tom Pace commented on the change, “This 2018 USODA Team Racing National Championship is focused on inclusion of all interested teams in order to have the deepest and most competitive fleet possible.”

“By extending the deadline for registration, we hope to give a better opportunity for racers, coaches, and families to participate. We encourage all to make plans to attend this Team Race National Championship. Pensacola Yacht Club plans to make it the best ever - please register today at www.usoda.org.”

And competition promises to be stiff as the first place USA team meeting the Team Race Eligibility requirements from the Gold Fleet will qualify to represent the USODA at the 31st Opti Team Cup Berlin in Germany, October 25-28, 2018.

Team racing is the finale of a weeklong three-event optimist racing, USODA spectacular on Pensacola Bay, Florida. After check-in and measurement on July 13-14, the 2018 Optimist National Championship racing is scheduled for July 15-18, the Optimist Girls Championship is July 19, and team racing wraps it up.

Check-in and measurement for these strict one-design eight-foot prams will be July 13-14. Racing is scheduled for July 15-22, 2018.